Political reporter from The Washington Post to give lecture 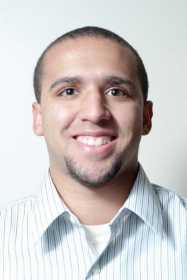 Wes Lowery, 23-year-old political reporter for The Washington post, will give the Michael Davis Lecture this year. Submitted photo

The Mass Media Department will welcome journalist Wesley Lowery to speak at the Michael Davis Lecture at noon on Feb. 19 at the Rose Theatre located in the Grauel Building. The Michael Davis Lecture has been presented to the campus since 1995, one year after the tragic fraternity hazing incident with mass media student Michael Davis that resulted to his death. The lecture honors him by having African American mass media professionals visit Southeast and speak about trends in the industry from their prospectives.

This year's speaker, Lowery, is a 23-year-old journalist with years of experience who has recently accepted a position at The Washington Post to cover politics and Congress. While in college Lowery interned for The Detroit News, The Columbus Dispatch, The Wall Street Journal and The Boston Globe.

Dr. Tamara Zellars Buck, assistant professor at Southeast Missouri State University, was a friend to Michael Davis and a student at Southeast when he died. Buck was also instrumental in starting the lecture and said she is excited about this year's speaker.

What made Wes Lowery a good person to speak at the lecture?

Wes Lowery is a very accomplished young journalism professional. And I say a young journalism professional because he has not been out of school that long. But he has worked on some tremendously important projects including talking directly to George Zimmerman during the Trayvon Martin news incident that happened, working at The Boston Globe, working for the National Association of Black Journalists, covering the Boston Marathon Bombing and a lot of major stories that he really been associated with since he started his career. He helped cover the Grammy's, Oscars and just so many things that make him stand out, so when he worked with assistant professor of mass media Dr. Ann White to actually agree to come to campus, we were excited.

How did you find out about Wesley Lowery and his accomplishments?

I did not know him specifically and in fact Dr. White has created a pipeline with the Michael Davis Lecture to where she knows someone who knows someone and every year the former speaker has assisted Dr. White in finding a new speaker. These people have in common right now either the fact that they know Dr. White or their affiliated with the National Association of Black Journalists.

How do you feel Mr. Lowery will differ from speakers in the past? 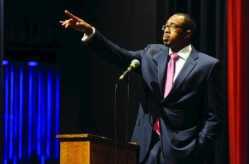 We have tended with the conference to bring in very veteran speakers, so there are people who have been in the industry for decades. Wesley Lowery have been in the industry for a few years, and yet he is so accomplished. So I think the difference is his age and the same experience he is bringing to the table that will make him a lot more relatable to many of the people who will be in the audience.

Lowery is only 23 years old, how do you feel his age in the industry gives him an advantage over others?

Well, I don't know that it gives him an advantage except that he will be coming in more likely to have an understanding of multimedia journalism and the importance of that and have the skills to do it because that's what's being taught in schools today. He's not been having to learn them on the job he has actually received that education in the classrooms, just how our students are.

Lowery is a member of NABJ. How do you feel this possibly contributed to his success?

Well the entire reason NABJ exists is to provide support on many levels for African American mass media professionals, not just journalists but public relations practitioners and anyone who is working in the mass media industry. It's supposed to provide a network of support so that you don't feel as if you're alone so that we are promoting diversity perspectives in the newsrooms and if our students are active in that organization then they will have that support, both while they're in school and while they are professionals. So the benefit is that you know that you are not alone.

How do you feel he reflects Michael Davis Lecture? 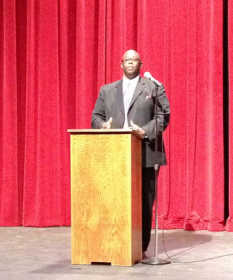 What do you feel students should learn from these lectures?

Well, there's a couple of things. First, they are getting hand-on knowledge about trends that are happening in the industry and that's a take-away that I think is valuable for everyone --students and faculty members of mass media. We don't get that type of interaction of someone of this person's caliber very often, so this is something to take advantage of. Second thing that we get is access to diversity. Their getting to hear not just from a mass media professional, but the sometimes-unique perspective that a person of color who works in the industry can provide and that's one of the goals of this lecture, which is to emphasize multiculturalism and emphasize diversity as well as emphasizing what's going on in our industry.

Where do you see the Michael Davis Lecture in the future?

I hope it continues to be integral part of the programing that we provide. It is set-up to honor the memory of one of our own, but again I think multiculturalism should never be de-emphasized and I think our department has a good record of supporting diversity initiative.