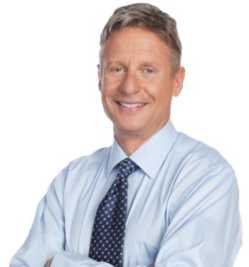 Gary Johnson is the 2016 Libertarian candidate running in this year’s presidential election. According to ballotpedia.org, Johnson describes his approach to government as “fiscally-conservative, socially-liberal.” Johnson served as the Republican governor for New Mexico from 1995 through 2003. In his first election, he defeated Democratic nominee Bruce King by 10 points. His role as governor focused primarily on cutting taxes and reducing the government’s size through spending. Johnson is responsible for vetoing more than 700 bills throughout his two-year terms as governor. Formerly a Republican candidate, Johnson changed his party affiliation to Libertarian in 2011. Johnson said his decision to leave was difficult because of his Republican supporters and long history with the Republican party. Johnson holds views quite different from his running mates. One issue in particular that he stands firm on is immigration. While many know Donald Trump’s policy on the issue consists of building a wall along with other concepts, Johnson’s views are completely opposite.

“We should appreciate and respect the diversity of immigrants that come to the United States to be productive members of society. But we also need to recognize that everyone who comes here is not so well-intentioned,” he said in a statement on his campaign website (https://www.johnsonweld.com/immigration).

Johnson and Bill Weld, Johnson’s vice presidential candidate nomine believe immigration should involve a more practical approach, which involves acquiring proof of employment along with providing incentives to non-citizens to pay their taxes and established an efficient system of work visas. According to ontheissues,org, Johnson wants to make receiving work visas as smooth as possible.

“Look, if you're in the country illegally, come on in, get your work visa, as long as you've been law-abiding, we'll give you the work visa, and let's start make it easy to distinguish from a Border Patrol standpoint the difference between bad people that are crossing illegally and the woman with her kids who knows there are jobs in El Paso, but she's got to wade across the Rio Grande with her kids to get that job,” Johnson said.