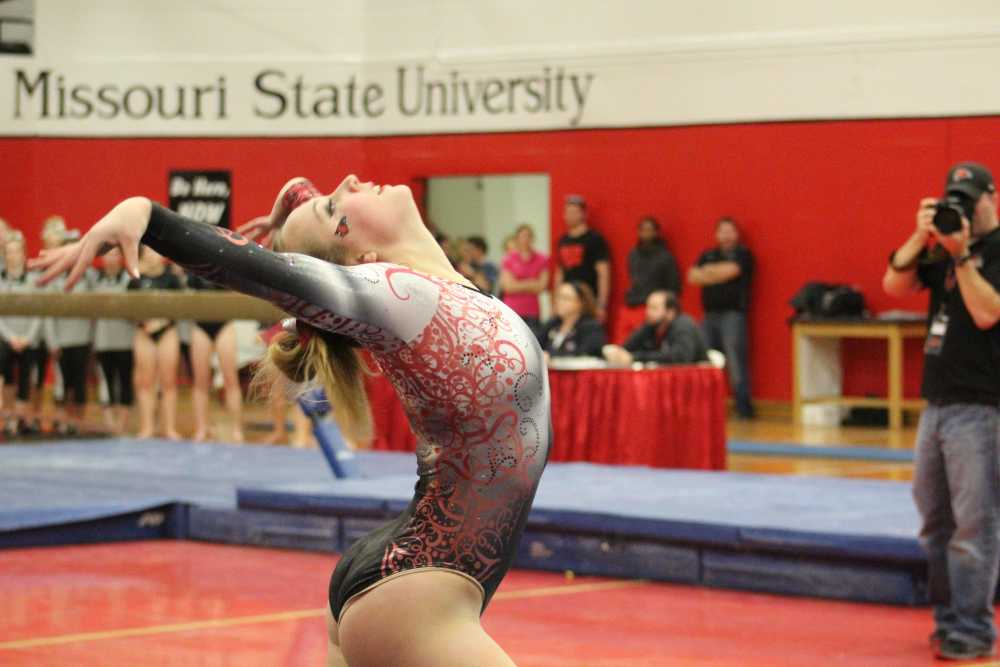 With the first season win on the board, the team is looking toward gaining more wins as the season progresses.

"This was the first meet I really had it all together and I stayed consistent on each event," senior Ashley Thomas said.

Thomas scored a 38.775 and took third in the all-around competition.

Junior Alexis Brawner took fourth in the all-around competition with a score of 38.525. Both Brawner and Thomas have been scoring nearly the same the entire season. The past two meets, Brawner has beaten Thomas in the high score for the team by one point or less. 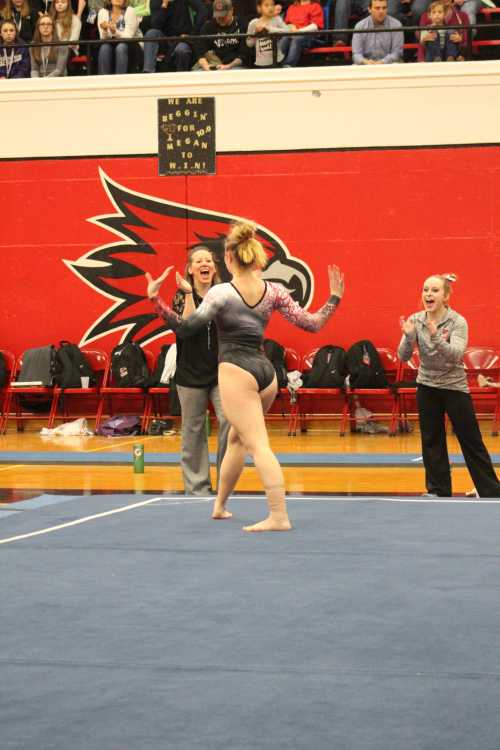 "We push each other to do better in competition and at practice," Thomas said.

Freshmen Kendra Benak made her season debut on the bars and scored a 9.275. She was a last-minute addition to the bars lineup after an injury was sustained by a fellow teammate during warm ups.

"Hitting that routine perfectly and picking the team score up was my only goal for the meet," Benak said.

According to head coach Kristi Ewasko, the team is taking the season one meet at a time.

Though Southeast has a smaller team compared to other schools, Ewasko believes the smaller team does not make them weaker. "We have eight athletes ready who can compete in all-arounds, which is something some larger teams have told us they cannot do," Ewasko said.

With these eight athletes, the team can create differing lineups during meets, allowing for last-minute changes if there is an injury. Also if there are two meets in one weekend there can be some flexibility in the lineups allowing athletes to recover from the previous meet. The team's newest addition Mackenzie Slee made her Redhawk debut on the vault scoring a 9.5.

The next meet was held on Feb. 10, where the team took second out of four teams in the Harley Davidson Invite. The Redhawks began the evening on the bars scoring a 46.60 with Brawner leading the team with a score of 9.6.

On the second rotation, the team took to the beam with an overall score tallying at 45.750. This time Thomas led the team in score with a 9.575.

The floor exercise was the third rotation. The Redhawks scored a season high on this exercise with an overall of 48.275. Three out of the four competitors scored a 9.725 or higher in this event. Both Thomas and Brawner tied for the team lead in this event with a 9.750.

The final rotation for this meet was the vault with an overall score of 46.950. Brawner once again scored the team best with a 9.6.

Completing the weekend, the Redhawks scored a season best for an overall score of 191.875. This meet happened on Feb. 12 against Illinois State in Normal, Illinois.

The team scored a season-high score of 45.850 on the floor exercises. The Redhawks scored a second-best vault score of the season with a 48.125.

Ewasko credits her entire team for the strong season they have had already and how the team is improving, as a whole, each meet.

"Ashley and Alexis are strong all-arounders, but Mckenna [Stanley] is there and competes at every event and always holds a consistent score. Also our walk-on Allyson [Bell] shows her willingness and drive to be there, which builds the team up as a whole," Ewasko said.

According to Ewasko, February sometimes can be tough on the gymnasts.

"This reminds them they're here for a reason and the struggle will develop them for things later in life," Ewasko said.

The Redhawks will compete at 6:30 p.m. Friday, Feb. 17, in Houck Field House against Centenary College for its annual Pink Up meet. 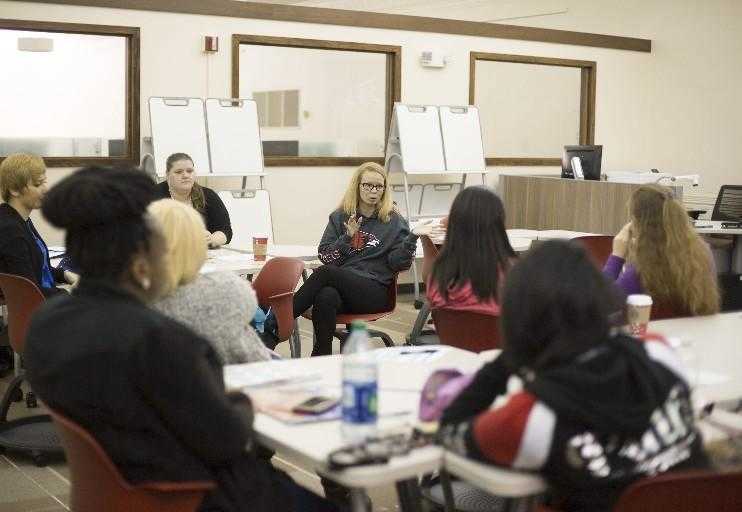