Softball comes up short at home-opener 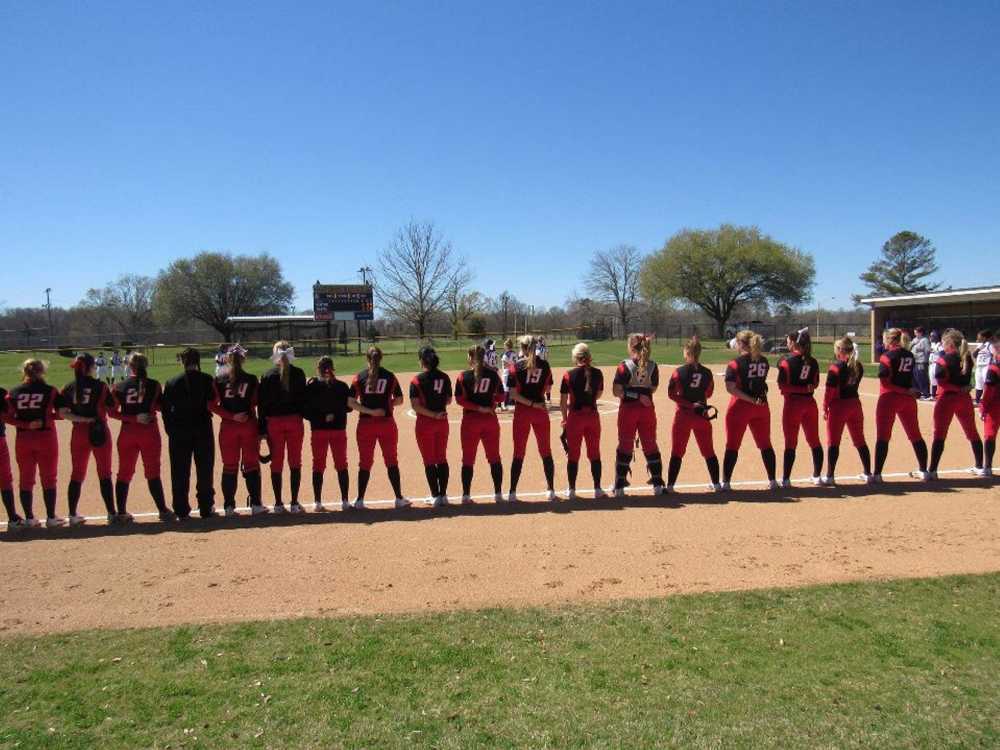 Southeast Missouri State University's softball team hosted Eastern Illinois in its season home opener on Saturday, April 1. The Redhawks lost both games of the doubleheader by scores of 7-5 and 4-1.

The team played 29 games on the road before finally playing a home series. More than 400 people were in attendance for the first game at the Southeast Softball Complex.

"I was extremely excited to see all the sports from our community and all the people that came out to help us open up our home stand," coach Mark Redburn said. "I just feel disappointed that we weren't able to come out there and get some victories and make it a really exciting time."

In game one, Southeast got out to a one-run lead in the first inning on an RBI single by freshman outfielder Rachel Anderson, then capitalized on an EIU error to go up 4-1 after the third inning. EIU would answer with a three-run home run in the top of the fourth to tie the game. EIU would score two unearned runs in the seventh inning to give them a 7-4 lead. Southeast would score one run in the bottom half of the seventh inning, but would strand the tying run on the bases.

Anderson finished the game with three hits and two RBIs. She is currently batting .438, second in the Ohio Valley Conference. Junior infielder Darby Pruett went 2-3 at the plate with an RBI and sophomore outfielder Mykaela Arellanes would reach base in all four of her plate appearances with two hits and two walks. She would also score a pair of runs.

Junior pitcher Madeline Krumrey would get the loss, giving her a current record of 9-5 this season. She allowed eight hits and five runs, although only two runs were earned. Senior pitcher Mackenzie Hoelting came in for relief and gave up two hits and two runs, with just one run being earned.

The Redhawks totaled three errors and four unearned runs in the game, and gave the team its eighth loss in a row.

"We're just not able to finish right now," Redburn said. "We're just getting tremendously outscored in the sixth and seventh innings and yet we're putting up a lot of runs in innings one through five and we're just not finishing. I think that's been the situation for us. Really, I think it's more of a mental/confidence issue than it is anything else . . . We're just not able to get over that hump and we've got crucial mistakes either physically or mentally as we go down the stretch."

In game two, Southeast struggled to solve EIU's pitching and was held without a hit until a single from Pruett to lead off the fifth inning. Once again, the Redhawks threatened late, scoring one run in the seventh and getting the tying run to the plate. Junior catcher Riley Hayes would just miss a game-tying three-run home run as the EIU left fielder was able to make the catch at the wall to end the game.

Pruett would finish the game 2-3 and drove in the lone run for Southeast. Sophomore infielder Parker Bandy had the only other hit in the game for the Redhawks with a double in the seventh.

Freshman pitcher Alexis Estes pitched all seven innings, giving up eight hits and four runs with two of those runs being earned. She currently has a record of 5-4 for the season.

EIU junior pitcher Jessica Wireman shut down the Redhawks offense. She received the win in both games, pitching a total of 12 innings on the day, allowing just seven hits and two earned runs and striking out nine.

"We've seen really good conference pitching up to this point," Redburn said. "We put pressure on, we put runners on, we score some runs, but we just haven't made those adjustments when they go to that number one pitcher or that relief pitcher and it's kind of like we shut down, and that's been the tough part is trying to figure out why we don't have the same approach or the adjustments we need to make."

"We're just trying to tell them that you've got to work a bit harder, dig down a little deeper, focus a little better," Redburn said. "We've still got 16 games remaining in conference  so certainly no way shape and form will we shut things down  It's about competing and how bad do you want it and who's got the fortitude to get us over the hump."

Southeast will play next on Wednesday, April 5, at the University of Missouri in a doubleheader before returning home to host Austin Peay on Saturday, April 8, for a conference doubleheader beginning at 1 p.m.