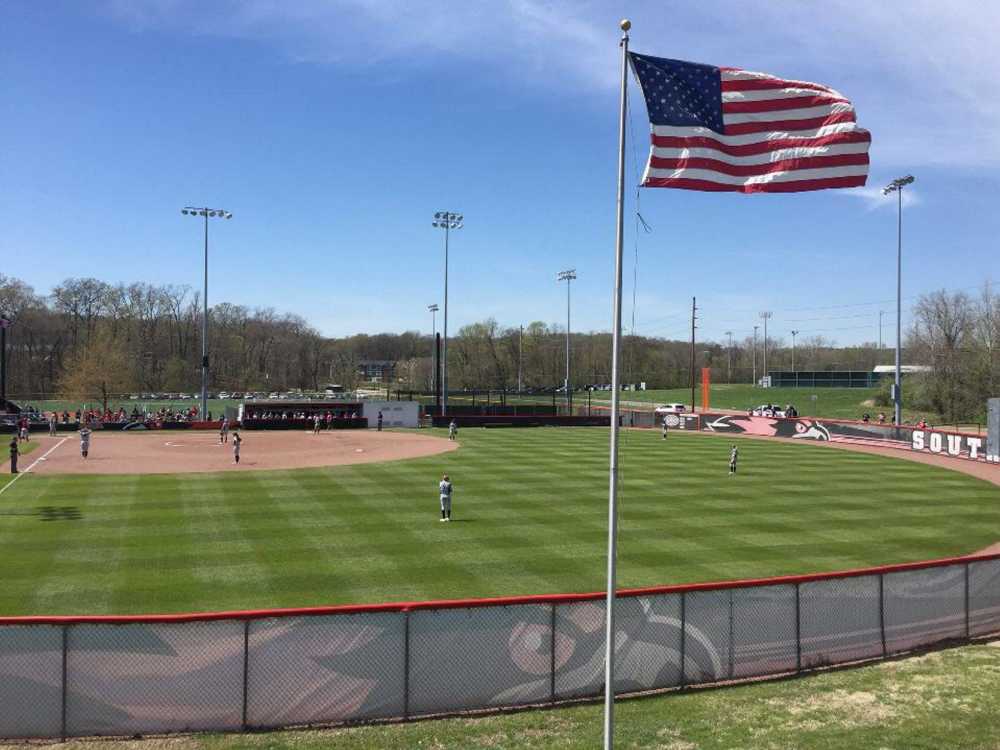 Southeast's softball team competed in four games last weekend. The team beat Austin Peay with scores of 3-0 and 4-0 on Saturday, April 8. During game one, junior pitcher Madeline Krumrey retired the first nine hitters she faced and threw 4.2 no-hit innings to take the win on the day. During the second game, senior left-hander Mackenzie Hoelting threw a no-hitter in game two to gain the sweep against the Governors.

On Sunday, April 9, Southeast dropped two games to Murray State to bring the team's Ohio Valley Conference record to 2-8 on the season. Southeast lost by scores of 7-11 and 1-6 against the Racers.

Freshman left-fielder Claudia Gallo went 3 for 4 at the plate in game one with one RBI and a run scored.

Krumrey was credited with the loss during game one of the day, bringing her record to 10-6 on the year.

During game two, Southeast was tied 1 to 1 until Racer senior shortstop Maggie Glass hit a ball over the centerfield wall to give Murray State a 3-1 advantage off of Hoelting. Hoelting relieved freshman right-handed pitcher Alexis Estes.

Estes gave up two runs on eight hits in 5.1 innings and took the loss, bringing her record to 5-5.

Murray State's right-handed pitcher Amber Van Duyse collected her first win of the season as she went all seven innings.

The team competes again at 4 p.m. Wednesday, April 12, at the Southeast Softball Complex against Southern Illinois-Carbondale.