River City Players to perform summer comedy “All By Myself” 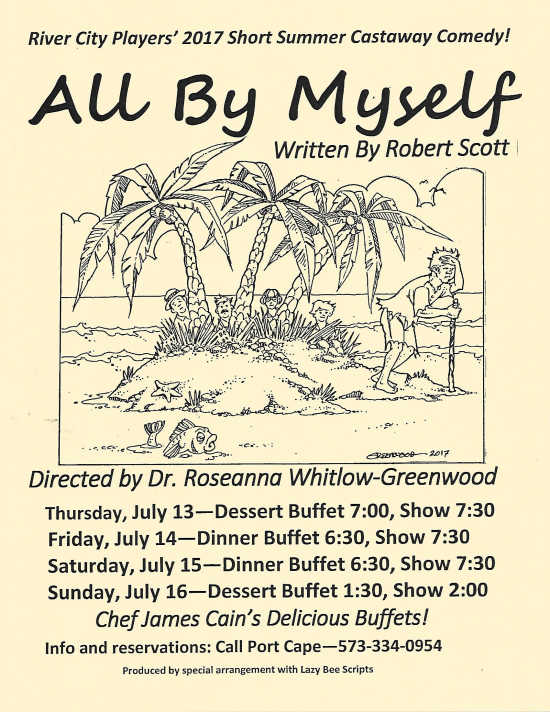 The River City Players will be performing a one-act comedy "All By Myself" July 13 - July 16, 2017.
Photo by Micaela Griffin

Cape Girardeau’s River City Players Community Theatre is set to bring in several summertime laughs with their upcoming production of “All By Myself.”

The one-act comedy follows the exploits of five zany castaways who all happen to be trapped on a deserted island due to five completely unrelated shipwrecks. Southeast Missouri State University faculty member Rosanne Whitlow-Greenwood, who teaches communication studies and heads up Southeast’s speakers lab, is directing. Whitlow-Greenwood said the show is a departure from the typical productions put on by the River City Players. 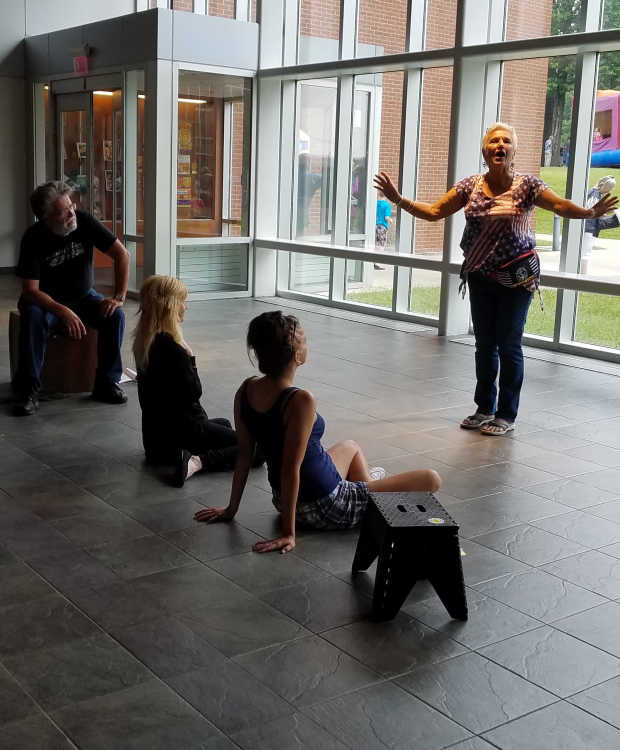 Cast members of "All By Myself" hold an open rehearsal at the River Campus Summer Arts Festival.
Photo by Micaela Griffin

“Our summer show, ‘All By Myself,’ is a change of pace for our group,” Whitlow-Greenwood said. “This show is short — under an hour — and silly (the ‘Gilligan’s Island’ bunch seem smart compared to our castaways) and rather than an interior set, it is set on a desert island.”

While this production is not entirely conventional, the River City Players are accustomed to covering a wide range of material, including dramas, comedies, radio plays, variety shows and original productions. A murder mystery is tentatively planned for this fall as well.

Whitlow-Greenwood has been involved extensively in productions with the River City Players, having directed more than 70 shows and written a few original stagings. She says the atmosphere is always enjoyable and allows for ample creative expression.

“Like me, many of our members are alums of Southeast Missouri State University,” she said. “The cast and crew are so talented and creative, and their input and ideas are always welcome and often incorporated into the show. It is a great experience to be their director.”

The River City Players, originally known as Acts I, II and III, began putting on performances in the Old Firehouse (now the River Heritage Museum) in the late 1960s and early 1970s. Founded by the late Ann Abbott, the company started picking up new momentum in the mid-1970s. Eventually, they moved to the Old Rialto Theatre (now the Concord Theatre) and adopted the name The Broadway Players with backing from the Cape Council of the Arts. Eventually, the Concord Theatre had to be vacated and in 2011 a new group was formed — the River City Players. Currently a dinner theater, productions are generally held at Port Cape Girardeau and overseen by the troupe’s very own board of directors. 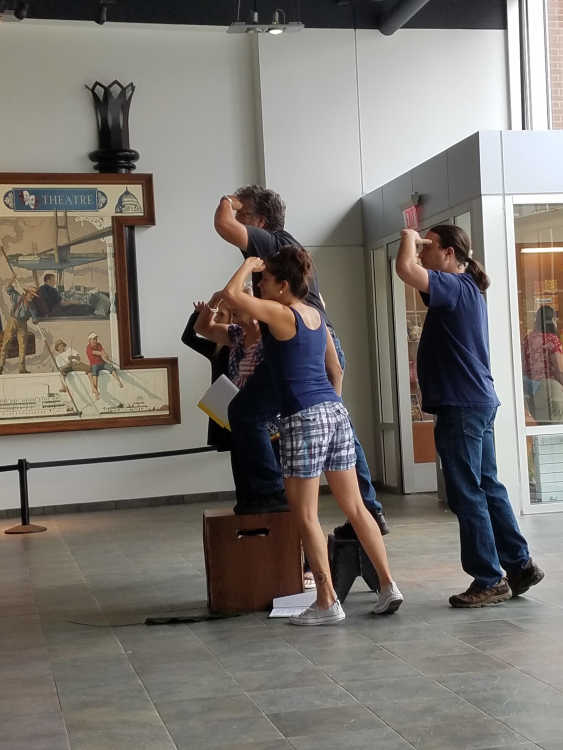