The price of pretty: “Reasons to be Pretty” opens at River Campus

Southeast’s theater department is making a statement in a contemporary show about the importance of honesty and true beauty in relationships.

The Department of Theatre and Dance opened “Reasons to be Pretty” at 7:30 p.m. Thursday, Oct. 12, in the Rust Flexible Theatre.

Relevant, delicate topics like fidelity in relationships and beauty standards are confronted in this brutally honest show by playwright Neil LaBute. The show is the third consecutive work of LaBute’s that focuses on society’s obsession with physical appearance. The show seeks to answer the question, is beauty simply “the nature of the beast?”

“Reasons to be Pretty” tells the story of two couples: Kent and Carly, a husband and wife, and Steph and Greg, a dating couple. When coworkers Kent and Greg are having a casual conversation one day, Greg makes an offhand comment about his girlfriend Steph’s “regular” appearance. Carly, Steph’s best friend, overhears and tells Steph, which leads to a complicated relationship dynamic between both couples through a series of events. 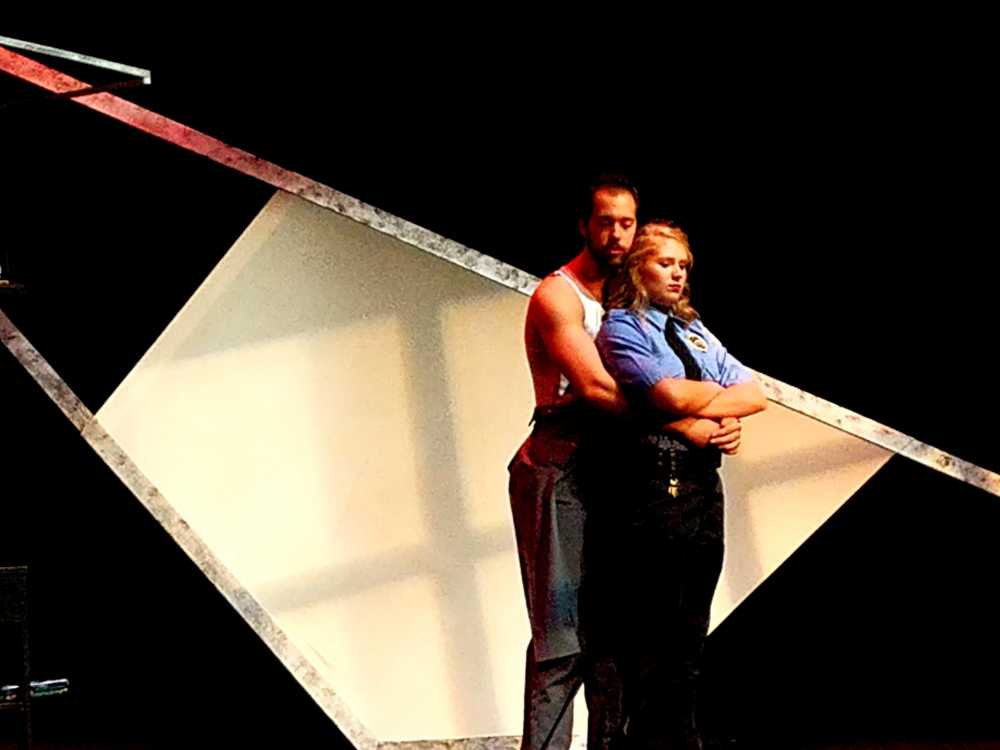 Kent attempts to make up with Carly after a fight during "Reasons to Be Pretty" dress rehearsal at the River Campus on Oct. 11.
Photo by Micaela Griffin ~ A&E Editor

In the midst of this, one couple must deal with infidelity and the rocky future they may face, while each individual grapples with what it means to be beautiful, and whether or not this beauty is worth the complexities it entails.

Director and assistant professor of theater Roxanne Wellington said the show is something she hopes audiences will remember after leaving the theater because of its themes.

“Hopefully [audiences] will come away with a deeper sense of understanding toward people and humanity,” she said. “It’s a good show for college students to come see.”

Southeast senior and acting major Addison Brown, who plays Kent in the production, said the character development process was a challenge for him, but he feels the overall message of the show is important for today’s society.

“I always try to relate to the characters I play, and it was a challenge to connect with this character because he has a lot of bad qualities,” he said. “I learned a lot about the importance of communication in relationships and the importance of honesty.”

A preview for “Reasons to be Pretty” was held during the final dress rehearsal on Wednesday night, Oct. 11. A small audience, comprised mostly of friends of the cast and crew, was able to watch the production and give feedback.

“It’s really funny, but at the same time it gives you something to think about,” Dunstone said.

During the rehearsal process, crew members went around Southeast’s University Center and River Campus to ask students various questions about faithfulness, personal perception of their appearances, friendship and romantic relationships. Responses were filmed and compiled into a short documentary on the subsequent topics in relation to the show itself, which is set to play outside the theater before each show. The purpose of this was to find out how students perceive the dynamics of relationships, beauty standards and “locker room talk,” among other things.

The show will be performed Oct. 12 to 14, with showtimes beginning at 7:30 p.m. Tickets are $3 for students or $13 for the general public and can be purchased online or at the River Campus Box Office.