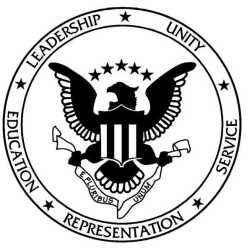 SGA President Peyton Mogley introduced a new diversity initiative to the Senate Monday, Oct. 23. She said SGA generally facilitates one initiative per semester. This semester’s will advocate against stereotyping and stigmas in society. The project will consist of an hour-long presentation at the University Center the week after Thanksgiving.

Treasurer Luke LeGrand said the organization’s discretionary fund has allocated more than $4,300 so far this semester.

He also gave a report from the Budget Review Committee. A recent census revealed 476 less students enrolled in the university.

The decrease in students along with less appropriations has produced the current budget deficit of almost $500,000 for FY18, and the board expects that trend to enlarge the deficit in the next few years. Student demographics which have seen significant decline include traditional freshman, international students, graduate students and dual-credit high-school students.

The number of online students has increased by almost 100, and that trend is expected to continue, LeGrand said.

“I hope to give regional campus students a voice,” Griffin said.

She discussed the profitability the three regional campuses — Sikeston, Malden and Kennett — noting that the Sikeston location alone brings in $600,000 a year.

Senator Karma Alvey reported for the special projects committee about an initiative in the works that will utilize “trash art” as a visual advocate for the importance of recycling on campus.

Guest speaker this week was Kevin Timlin, director of the Office for International Education. He discussed the value of international students in the classroom and in the community.

Timlin announced a “self-study” conducted by the office to evaluate its effectiveness. He said a meeting will be held Nov. 1 to discuss the results of the study.

Timlin said international student enrollment has increased in countries like Canada and Australia while decreasing in the United States. He said his office is working to combat the decline in international enrollment in Southeast — which dropped by 250 this year — by developing new markets in Central and South America, increasing available scholarships and smoothing the online application process.

SGA adviser Michele Irby said the three candidates for representative to the Board of Student Regents are being reviewed by Gov. Eric Greitens.