Before Roswell: the Cape Girardeau UFO of 1941

It was around Independence Day in 1947 when the world grew skeptical that Earth was the only planet to host living beings in the universe. 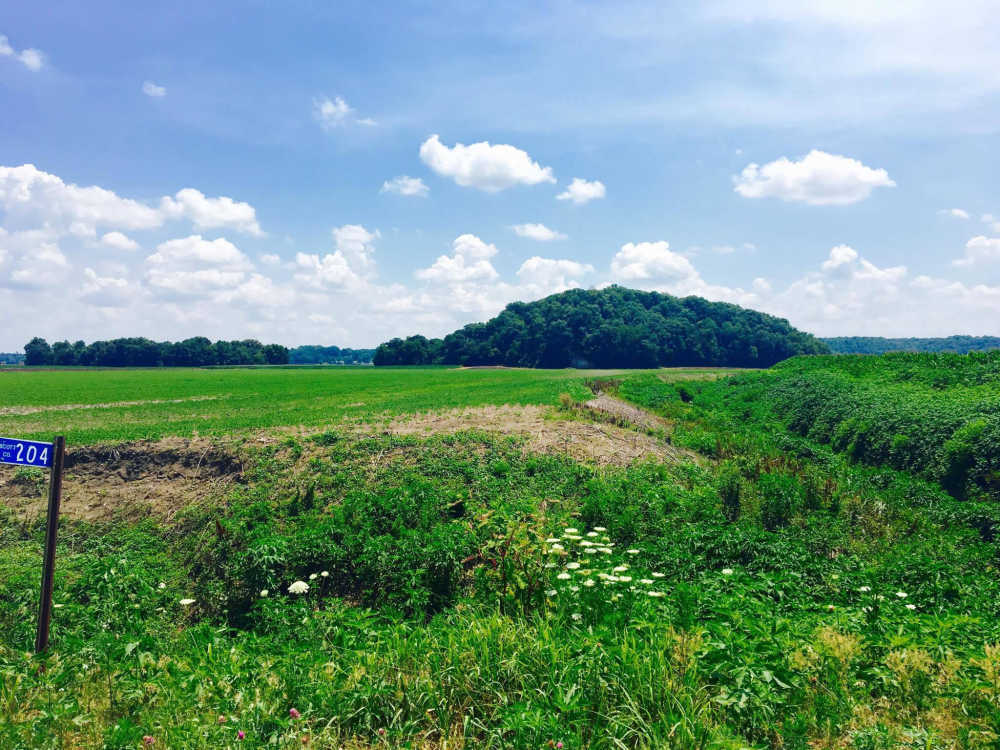 The UFO is said to have landed in the field shown above nearby the Cape Girardeau Regional Airport. According to Huntington, researchers pinpointed the location and hope to begin studying the land for remains of the crash.
Photo submitted by Michael Huntington

These skeptics stemmed from the story of a rancher in Roswell, New Mexico, who was said to have found a crash site within his land that held the remains of an extraterrestrial flying saucer.

This incident is infamously known as humans’ first encounter with aliens, however, that may not be the case.

Six years before the supposed Roswell UFO incident, Rev. William Huffman from the Red Star Baptist Church was called by the sheriff around 9:30 p.m. and taken to the scene of an accident so he could read the victims their last rights. 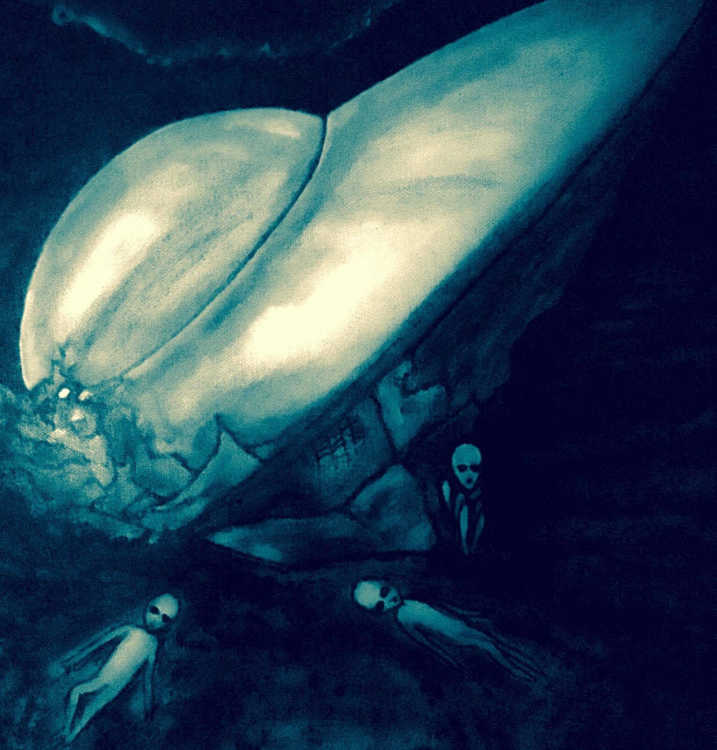 An illustration of the UFO crash and three alien bodies said to be found in a field of Cape Girardeau in 1941.
Photo submitted by Michael Huntington

According to Michael Huntington, local travel writer and UFO researcher, Huffman found himself praying over three extraterrestrial beings after their flying saucer struck ground in a rural Cape Girardeau field.

The story of the UFO crash in Cape Girardeau has been long research since the ’80s when Charlotte Mann, a former Cape Girardeau resident, told the story about what her grandfather experienced 40 years prior.

According to Huntington, Huffman was taken to a field where a group of firemen, police officers, and eventually, the military were taking over the scene. 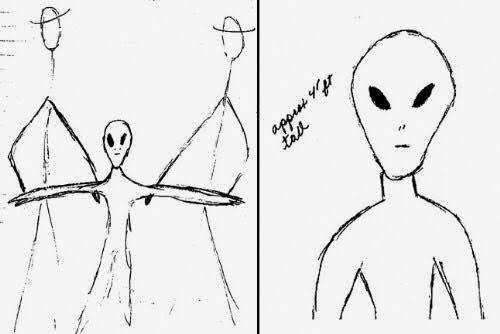 An illustration of the alien bodies said to be found in a field of Cape Girardeau in 1941.
Photo submitted by Michael Huntington

“Upon arrival, it was a very different situation. It was not a conventional aircraft, as we know it. He described it as a saucer that was metallic in color, no seams, did not look like anything he had ever seen. It had been broken open in one portion and so he could walk up and see that,” Mann said in a TV documentary about the crash.

The crash did not just feature the UFO, though. 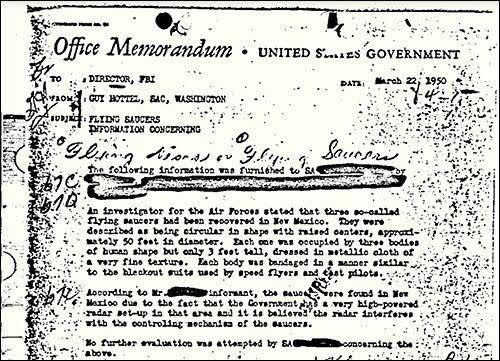 There were said to be three aliens. Two were dead, but one seemed to still be alive. That is the one Huffman performed his duties on first.

Not only were eyewitnesses sworn to secrecy, but research leads to believe that the military also removed all evidence it ever happened. 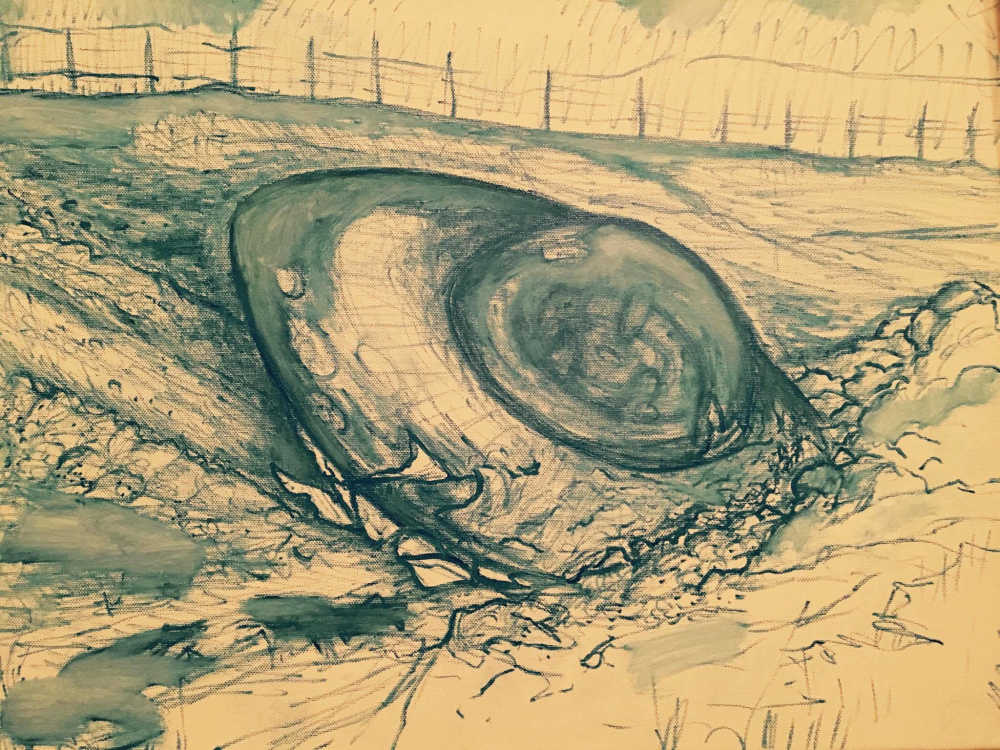 “Like all crash stories like this the military came and took everything away, hushed everybody to secrecy and took the materials away to who knows where,” Huntington said. “Usually the Wright Patterson Airport base in Dayton Ohio is the place they took that stuff within folklore and it’s covered up.”

The one thing the military did not get its hands on was a photograph, supposedly taken by Southeast Missourian photographer at the time, Garland D. Fronabarger.

The whereabouts of the photograph is currently unknown, said Huntington, however there have been several remakes of it as well as a drawing by Mann, who said she saw the photograph firsthand before it went missing.

The photograph featured two men holding up one of the dead aliens. Taken by Fronabarger, it was said that he made two copies of the photo — one for himself, one for Huffman.

After Huffman got home that night, he could not fathom what he had just experienced. Despite being sworn to secrecy, when he got home he recounted his night to his wife, Floy Huffman, and their two sons.

After that, Rev. Huffman took his story to the grave. Floy, however, told Mann everything she needed to know about the crash while on her deathbed.

Huntington said there is not much of a paper trail to prove whether or not a UFO actually crashed in a Cape Girardeau field in 1941, and the story is told secondhand.

According to the UFO casebook files, the Red Star Baptist Church records corroborate Huffman’s employment during that time period. Also, fire department and police records show an occurrence the day of the crash, and confirm that the military came and removed all evidence from the scene.

None of those records have been confirmed by the Arrow.

Whether or not you choose to believe in the UFO crash in Cape Girardeau in 1941, Huntington said the tale will forever be part of the area’s history.

“When people hear that I am from Cape Girardeau, they automatically ask me about the UFO crash,” Huntington said. “I’m really interested in the history aspect of all of this.”