Department of Theatre and Dance sinks its teeth into ‘Dracula’

Something mysterious is coming to the River Campus, and it’s here to take a bite out of the halloween season.

“Dracula,” based on Bram Stoker’s novel of the same name, will premiere at 7:30 p.m. Tuesday, Oct. 31, in the Bedell Performance Hall. The show tells the story of the mysterious and magical Transylvanian count Dracula and the suspicious plague that strikes a seaside England town around the same time as his arrival. 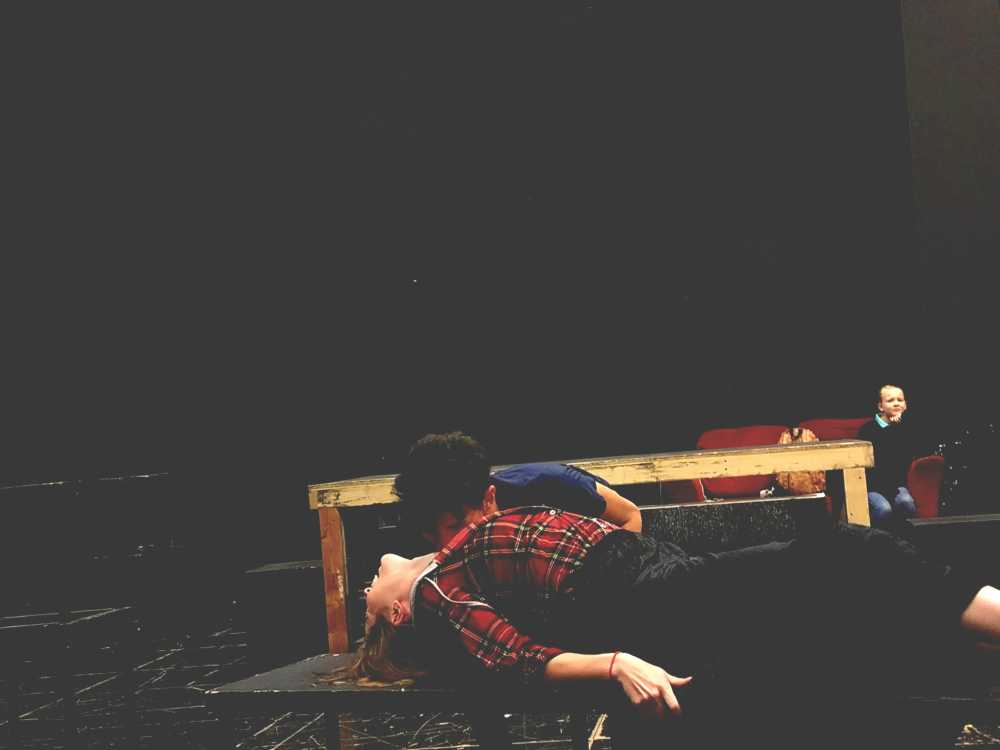 Alex Burke and Corie Williams undergo rehearsals for "Dracula" at Bedell Performance Hall in Cape Girardeau. The play will be performed at 7:30 p.m. from Oct. 31 to Nov. 4 and at 2 p.m. Nov. 5.
Photo by Micaela Griffin

Show director, professor of acting and Conservatory of Theatre and Dance chair Kenn Stilson said the show has been a challenge in that it is one of the most technically-advanced shows he has helped produce.

“The show is focused on the supernatural, so there’s a lot of pyrotechnics,” he said. “People have to disappear, doors open and close by themselves and there’s a lot of sound effects and technical elements.”

Stilson said the show has been rewarding because of the talented cast and hard work of everyone involved.

“We have a really talented cast,” he said. “It’s going to be a really, really good show.”

“The show is a true collaboration,” he said. “I get to do fight stuff I’m normally told not to do.”

Several of the performers said the show has been a challenge, but at the end of the day they hope to give audiences hope (and horror).

Darryl Jones, a senior theater major, said it has been an interesting process playing the protagonist Abraham Van Helsing.

“It’s really interesting and fun to watch all the ways people react to the show,” he said. “I hope that audiences will be scared, creeped out, but still able to laugh at the show.”

Fellow senior and theater major Ryan Adolph, who plays the maniacal Count Dracula, said the show has challenged him as an actor and in different physical ways.

“I’ve never played such a dark character before, and it has been a very draining process,” he said.

Junior Cameron Smith, who plays Dr. Seward, feels the show has the capability to bring out emotions audiences may not feel all the time.

“It has pushed me to an emotional truth I’ve never felt,” he said. “It’s such an emotionally-heavy show.”

Regardless of the challenges the show presents, the cast and crew collectively agreed on its inspirational aspects.

“I think we’ve all been growing as performers and as people,” Smith said. “The show is an ultimate love story; even in the craziest situations, love will prevail.”

“We want [audiences] to leave encouraged and with hope they can overcome anything,” Adolph said.

“Dracula” will be showing at the River Campus Bedell Performance Hall beginning at 7:30 p.m. Tuesday, Oct. 31, and running through Sunday, Nov. 5, with a special matinee performance that day at 2 p.m. Further information and ticket purchases can be found by visiting the River Campus Box Office or www.rivercampus.org/tickets.