The National Dance Alliance invited the Southeast Sundancers to showcase a game day by taking over the organization’s official Snapchat. 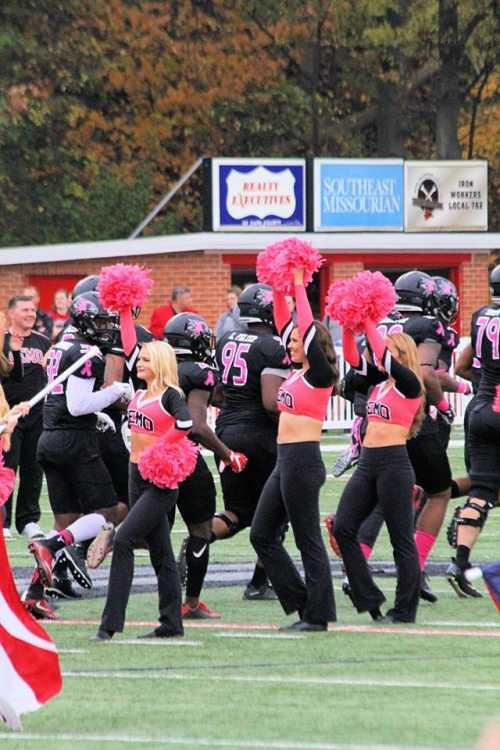 The NDA reached out to the Sundancer’s head coach Tatianna Parham via email to ask if the team was interested in participating in this new campaign. The NDA campaign allows for chosen dance teams across the nation to be featured on their Snapchat story for an entire day.

“When I shared it with girls they said they felt like celebrities,” Parham said.

She said this invitation allows the team to show off what they do at their school.

According to Parham, the Sundancers placing third in the nation most likely helped them gain this opportunity. Parham said this experience has gotten the six freshmen on the team excited about what could happen when they do well at nationals.

“The opportunities that have been provided to us have been very rewarding,” Parham said.

According to advertising major and senior Sundancer Alexa Hoffman, after Parham turned the invitation to the team’s representatives, they gladly accepted. Hoffman said this has never been asked of the team before nor have they been able to utilize social media in this way. Hoffman said she immediately constructed a strategy to ensure that there was no mistake to the viewers as to who they are, what they do and how they do it.

The Sundancers were granted access to the handle for the Nov. 4 “Pink Up” football game as well as the men’s basketball hurricane relief game later that evening.

“We’re just this small town in the middle of America, so anything to throw our name out there is beneficial to the university,” Hoffman said.

Both Parham and Hoffman agree Southeast could benefit from gaining the spotlight due to it being a smaller school than some.

“I think it’s very important for [Southeast] to get nationally recognized, because we are really a unique school,” Hoffman said. “We’re a D1 school, so athletically, it’s important that we get our word out there because we aren’t that large of a school to be D1.”

The NDA sent the team a list of rules and requirements as well as the username and password combination for the day of the event. The team was granted access from 9 a.m. until the end of the last game of the day.

“They wanted backstage views, so I got us stretching before the game and fixing our hair and makeup,” Hoffman said. “We also have rituals that we do before we go on stage, so I kind of got a glimpse of that.” 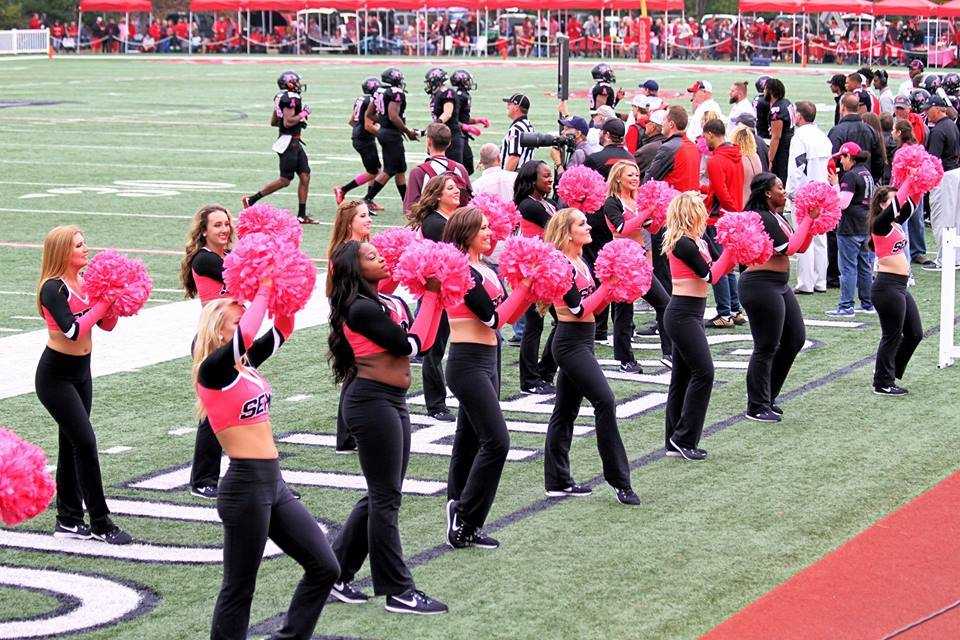 Parham placed a high level of importance on the exposure of all that the Sundancers do. She said placing at nationals is very beneficial for not only the team, but also Southeast as a whole.