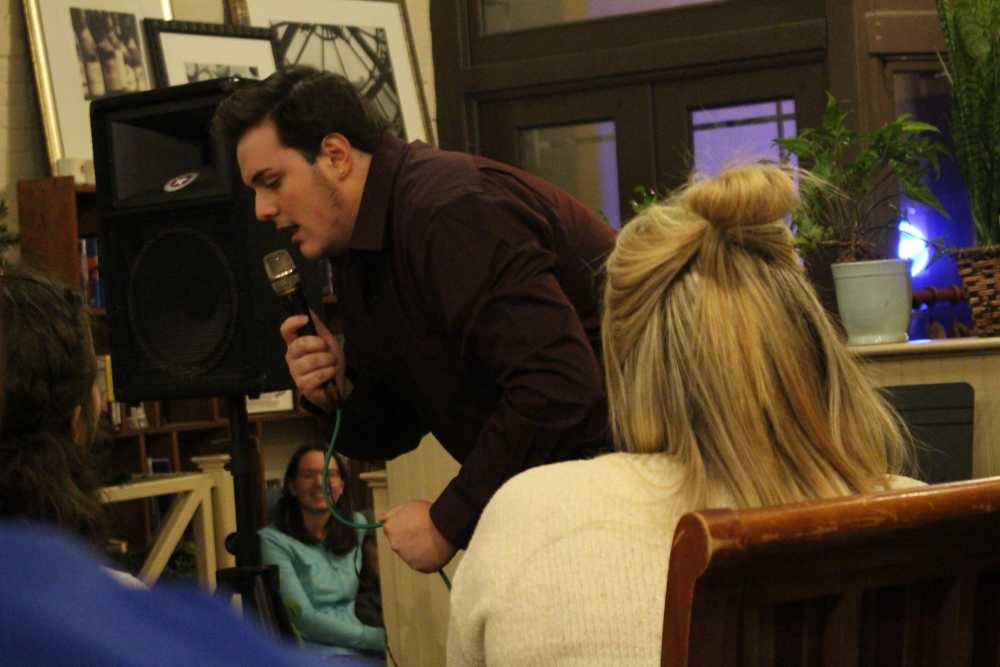 No subject was off-limits as members of Riverside Comedy showcased a wide range of comedic talent, drawing heavy laughter from the audience at Cup ‘n’ Cork.

The event was free for the large crowd in attendance, with a lineup of seven performers covering topics from campy puns to politics and cat jokes. 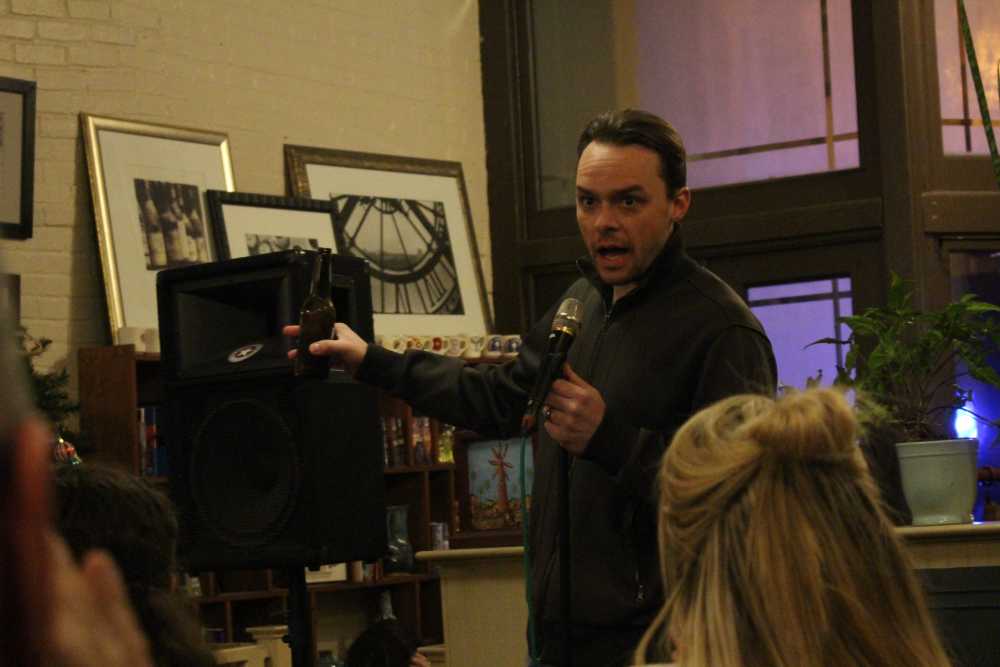 When asked what motivated him to enter stand-up comedy, Tim Loss said it “was strictly out of spite.” Loss, a native of Centralia, Illinois, recalled his first open mic had been in St. Louis. Most of his inspiration, Loss said, comes from fellow independent comedians.

“Do it. If you want to do stand-up comedy, do it. Basically the only limitations you have are the ones you’re gonna put on yourself,” Loss said. “And right now in St. Louis and Cape Girardeau, we’ve got a really good scene going on, and if you ever think you could possibly do it, do it.”

Erika Miller said she attended the event because she had seen the Facebook ad and thought it would make for a unique event. She said she enjoyed the performances by each of the comedians.

Tyler King said he wanted to get into stand-up because of his lifelong love of comedy and appreciation of performers like George Carlin, Tim Minchin, and Bo Burnham. King said he had tried doing stand-up at some downtown bars, “but there wasn’t really the scene for it.”

“We found how to tell a joke, and what actually is a good joke and how to make something to talk about. A lot people just want to go up and horrify an audience,” Cook said.

King and Cook came together with Mark Hewkin and another comic named Thor Harter to found the organization Riverside Comedy. Their group has performed shows in St. Louis, Paducah, Kentucky, and Carbondale, Illinois.

“It’s gotten to a point we don’t have to beg our best friends to come out anymore,” Cook said.

He said they see fewer and fewer familiar faces, making it apparent they are reaching a larger range of people.

“We do a ticketed show at Port Cape, which is just awesome,” King said. “Come see us; it’s fun.”

For more information on Riverside Comedy visit their Facebook page.