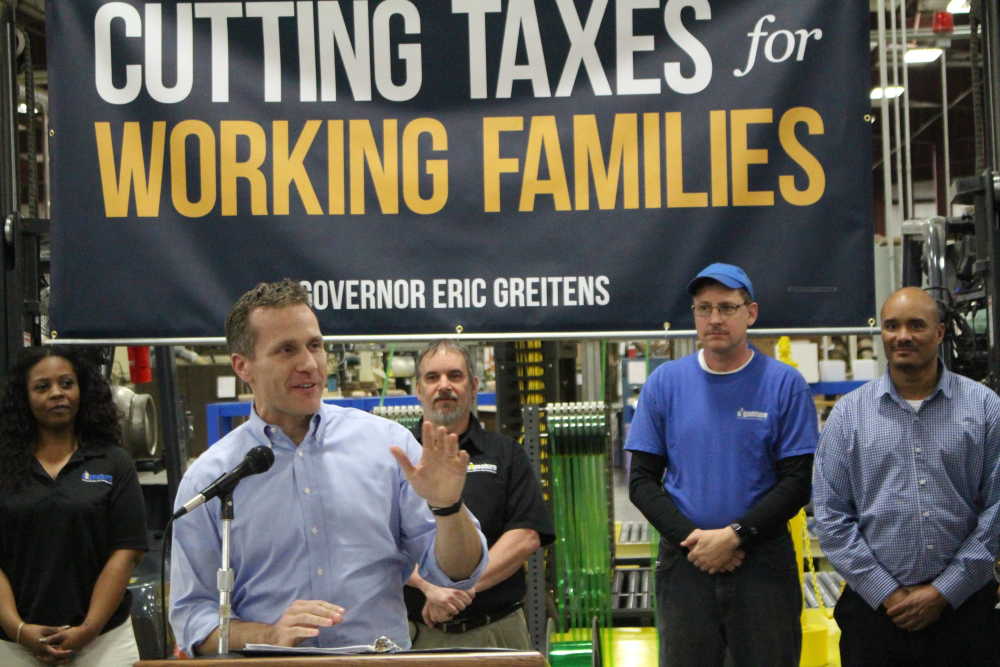 Gov. Eric Greitens makes a public appearance in Jackson to discuss his new tax plan which he said would cut taxes for 97% of Missourians and lower government regulations. His appearance took place at Signature Packing & Paper on Jan. 29 and was just one of many stops on his tour across the state.
Photo by Josh Dodge ~ Photo Editor

Missouri Gov. Eric Greitens says he is revolving his gubernatorial agenda around the basis of “common sense.” Individuals in the higher education system, however, disagree.

Greitens spoke at Signature Packing and Paper in Jackson at 4 p.m. on Monday at a public appearance to discuss his tax-relief plan he says will put working families first.

He said, under the Greitens administration, Missouri has the lowest unemployment rate in 17 years, has accounted for every dollar in the Missouri budget and is working toward the reduction of 33,000 government regulations. He said his tax plan will cut taxes for 97 percent of Missouri taxpayers. Under the plan, taxes on Missouri businesses will be the second lowest in the country.

“The best way to help people is through finding quality jobs,” Greitens said. “Reducing regulations and getting government off of people’s back.” 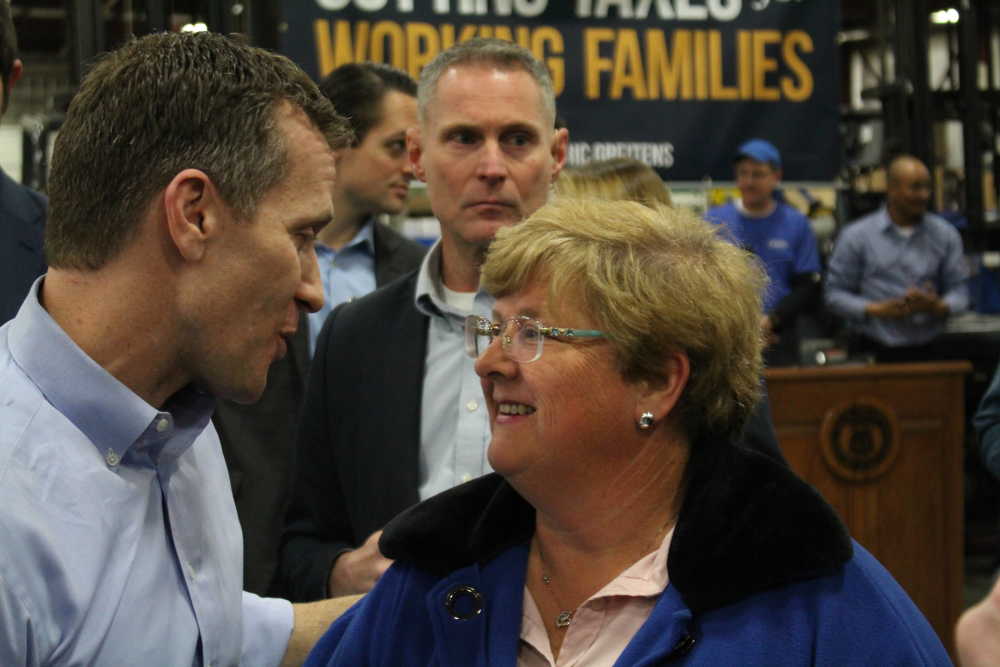 Greitens shakes hands with a local supporter after the speech at Signature Packing & Paper on Jan. 29.
Photo by Josh Dodge ~ Photo Editor

But one question kept going unanswered.

“What about higher education?” shouted Shelondra Brown, a Southeast senior and president of College Democrats, throughout the address.

When asked by reporters after the address, Greitens said the tax-cut plan is revenue-neutral and has no correlation with the cuts on higher education.

Universities across the state have faced severe budget cuts from the Greitens administration. A $3.43 million cut to Southeast's base funding went into effect in July, and Greitens announced further budget cuts Jan. 22 to eliminate an additional $4.6 million for fiscal year 2019.

Southeast freshman Eli Bohnert said the governor’s proposed tax plan is attempting to balance a budget while risking the future of the state. He said quality jobs depends on the caliber of the education provided — an education that is being defunded.

According to Greitens, outside budget experts identified more than $70 million that could be saved a year just by reducing administrative positions to the University of Missouri. 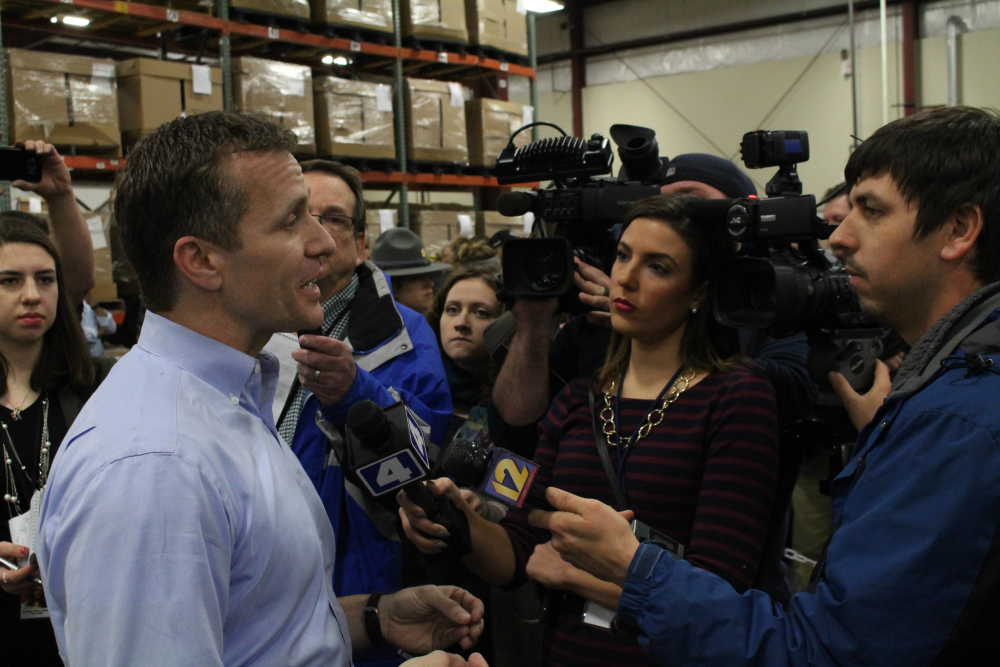 After the speech, Greitens answered questions from reporters, many of whom were particularly interested in his plan for higher education. No comments regarding higher education were mentioned in Greitens’ speech at Signature Packing & Paper on Jan. 29.
Photo by Josh Dodge ~ Photo Editor

Chief of staff Chris Martin attended the event and spoke with Greitens after his address to advocate for Southeast and let him know that higher education could play a vital role in his job’s agenda.

“The higher education sector in Missouri has many differences,” Martin said. “[Greitens] has a standing invitation to visit campus to see what we are all about.”

By reducing college administration, Greitens hopes to ensure high quality educations and to make critical investments of an extra $87 million in K-12 education and investing in public safety.

“I’ll also see on higher education that we increase money for scholarships for students so that our students again feel supported,” Greitens said.

The budget cuts from universities, however, have forced administrations to raise tuition. At Southeast, there has already been a 2.8 percent tuition increase which went into effect for the 2017 fall semester.

“The people who can afford to pay for higher education are those who are already in positions of power,” Brown said. “State universities becoming more expensive eliminates access to higher education.”

The Arrow asked about appointment of a student regent and Greitens said he will be following up soon.