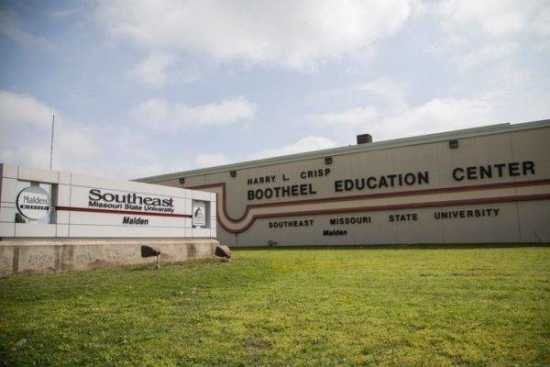 Editor's note: This story was updated for clarification on Three Rivers College name, location and closing. Also, clarification about Vargas' plans for future meetings with the advisory board in Malden.

Southeast President Carlos Vargas said many routes were explored to keep classes offered. Since Three Rivers College leases a facility in Malden, Vargas met with its president, Wesley Payne, to discuss methods to try to jointly save both of their campuses.

Vargas and Payne wanted to do their homework and make sure they were not leaving out any alternatives, so they even met with the mayor of Malden a few weeks ago to talk about the possibilities. After much talk on the matter, the decision was made to terminate classes offered at both the Southeast Malden campus and the Three Rivers College campus after the spring semester for both colleges.

“The number of students enrolled there has been in decline since 2010,” Vargas said.

Students enrolled at the Malden campus for the current spring semester is around 90. A significant drop when compared to the fall semester of 2010 when the campus held 248. Plus, not all of the current students are full time as some are taking only one or two classes.

Vargas expressed concern for keeping enrollment up with the three other regional campuses. One of the ways Southeast is combating is by reorganizing the way the regional campuses are managed. Instead of having a director in every campus, there will now be one person supervising the Kennett, Sikeston and Poplar Bluff regional campuses.This, he said, should connect the campuses better and promote the flow of information.

The person who will fill this position has yet to be announced. The current director job at each location will be terminated.

“We believe this is going to provide a more holistic approach to it and be more effective in recruitment of students and promoting the programs in all of the areas,” Vargas said.

Vargas said the decision in Malden would not have taken place immediately if not for the budget cuts. As of now, he does not know what the future holds for the Malden campus.

“I’m going to be meeting, continue to meet with the advisory board and find out, you know, how we can reverse this,” Vargas said.

Even though classes will no longer be offered at the Malden site, the facilities will remain open. Southeast is still invested in keeping operations going in the building. It will be used for a variety of things like workforce training, economic development and meetings.

Some staff will be kept in Malden due to the facilities remaining open, while other staff will merge with the other regional campuses and others cut.

“Right now, we are following the guidelines from the Office of Human Resources to make sure we do this according to the law,” Vargas said.

Monday’s announcement came on the same day Missouri Gov. Eric Greitens visited the area to stump for his tax-cut plan and proposed cuts to state universities for the 2019 fiscal year.