Until We All Make It

Black History Month honors and remembers leaders in the African American community and their contributions to history. It celebrates black culture and it reminds us that the shortest month of the year is far from the least important.

History books are filled with the names of these leaders such as Dr. Martin Luther King, Maya Angelou, Rosa Parks, Booker T. Washington and Thurgood Marshall. But what about those names you may not recognize, the ones creating change today? What about the ones in our midst at Southeast?

One such person is a former Southeast student who knows how powerful one voice can be, and he’s using his to create change in the place he grew up. 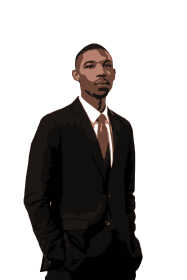 Kevin Windham studied corporate communications at Southeast from 2011 to 2016 before moving on to work for Sen. Claire McCaskill in Washington, D.C. During his time at Southeast, he was involved in several organizations like the Black Student Union, the Student Government Association and his personal favorite, the President’s Task force on Diversity Education.

At the beginning of his academic career at Southeast, Windham said he wanted to get a degree that would allow him to end up with a “cushy job” on Wall Street. His career trajectory changed after the shooting of Michael Brown and the Ferguson protests in 2014.

Now he’s running to represent the 85th district in the Missouri House of Representatives. It’s the St. Louis district he grew up in, and he wants to bring positive change to education, infrastructure, crime rates and more to revitalize his hometown.

As someone moving into the political sphere, Windham said he doesn’t consider himself an activist, but a doer. If something needs to be done, he said he’ll be the one to do it.

“I’m realizing more and more that these people we idolize are, and were, just people,” Windham said. “They made history, but it’s our job to continue and build upon what they started.”

When Windham left his neighborhood in St. Louis to attend Southeast, he said he felt lucky for the opportunity to get a good education. When he later left it again for an opportunity in Washington, D.C., he felt that same sentiment of good fortune. But that’s the very sentiment he wants to change for others living in the 85th district.

“I don’t think that anybody should have to feel lucky to make it out of their neighborhood, and I feel like I won’t be able to make it until we all make it, ‘we’ being everyone that’s in my neighborhood,” Windham said. “That doesn’t mean that everyone needs to leave, that means that we need to rebuild our home.”

Windham said Black History Month has always meant a great deal to him. During his school days before Southeast, Windham said it seemed like lessons about the contributions of African Americans to society were saved for February, after the students already had learned all about American history.

“We learned about everything that happened in America, then we learned about the asterisk at the end of the story, like, ‘Oh yeah, black people played a part, too,’” Windham said.

That feeling of being overlooked is a big reason, Windham said, why the Black Lives Matter movement has grown so large in recent years. The phrase “black lives matter” is a way to articulate the fact many African Americans feel like their lives don’t matter to white America, Windham said. 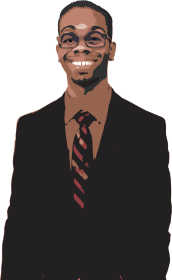 He considers himself a representation of black excellence, a personal view which Hendrix said goes against the way black men are commonly depicted in the media: as thugs and criminals.

Hendrix was a panelist in October 2016 for a community engagement open forum called “Community Policing: The Intersection of Black and Blue Lives Matter.” That forum allowed Hendrix to speak with other students as well as police officers and professors about how to have a more open conversation about solutions to policing in a diverse community.

Besides being featured as a panelist, he’s a student who knows the importance of speaking out against injustice and keeping an open mind to foster effective conversations about that injustice.

Injustice can take many forms. For those in the black community, a form that has taken hold more strongly in recent years is police brutality. The Black Lives Matter movement is a way to address that injustice through peaceful protesting.

The ability to document instances of police brutality against African Americans in which police officers are not held accountable is more than frustrating, Hendrix said.

“How much more do you need? You can literally see people getting killed on video and nothing’s happening,” Hendrix said.

The fear that accompanies being part of “black America” right now, Hendrix said, is a main concern, especially when it comes to encounters with law enforcement.

“If I walk down the street or get pulled over, I shouldn’t have to worry about if I’m going to be able to live the next hour,” Hendrix said.

An open mind is something necessary for everyone before understanding can take place, Hendrix said. He added that just because a person may not experience racism, police brutality or oppression doesn’t mean it doesn’t exist for others.

“We are pleading, really,” Windham said. “The African American community and people of color are going through some things in America right now, today, that make us feel like it’s not much different from what our grandparents went through.”

Hendrix said other movements like All Lives Matter and Blue Lives Matter are simply responses to the Black Lives Matter movement and are examples of the misunderstandings people have about what the phrase “black lives matter” means.

“It’s not about not supporting other people,” Hendrix said. “If somebody were to ask why I have Black Lives Matter on my [Facebook] icon, it’s because people need to be reminded that we’re all human, there’s not much difference. If you cut us, we’ll all bleed the same.”