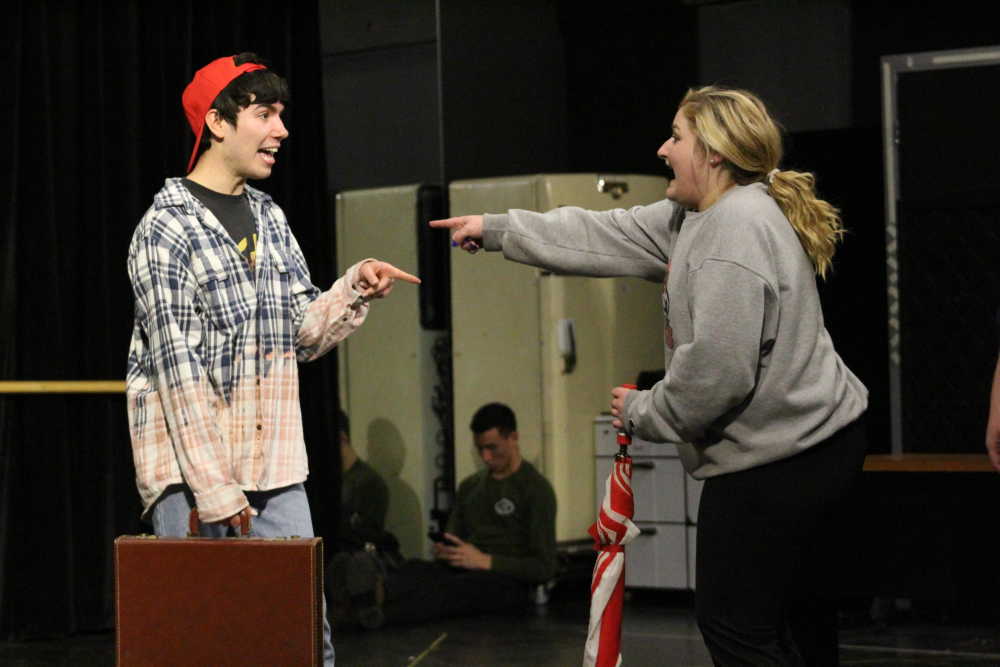 Alexander Dorn and Ellen Carr point to each other during a Mary Poppins rehearsal. Jan 29.
Photo by Matt Taylor

Disney and Cameron Mackintosh’s award-winning musical “Mary Poppins” is coming to Southeast River Campus. The famous nanny and her parrot-headed umbrella will be presented by the Conservatory of Theatre and Dance on February 21 to 25 at the Bedell Performance Hall.

Conservatory of Theatre and Dance Chair Kenn Stilson helms this musical production, which began rehearsals a week before the start of the spring semester. The cast has gone through a rigorous rehearsal process, including two-a-days before classes started and rehearsals six to seven times a week.

Stilson said the stage performance will be different from the classic film version, but it will still include some of its most iconic moments. Senior Jose Alpizar, who is portraying Bert the chimney sweep, said the show is still full of “Disney magic.” 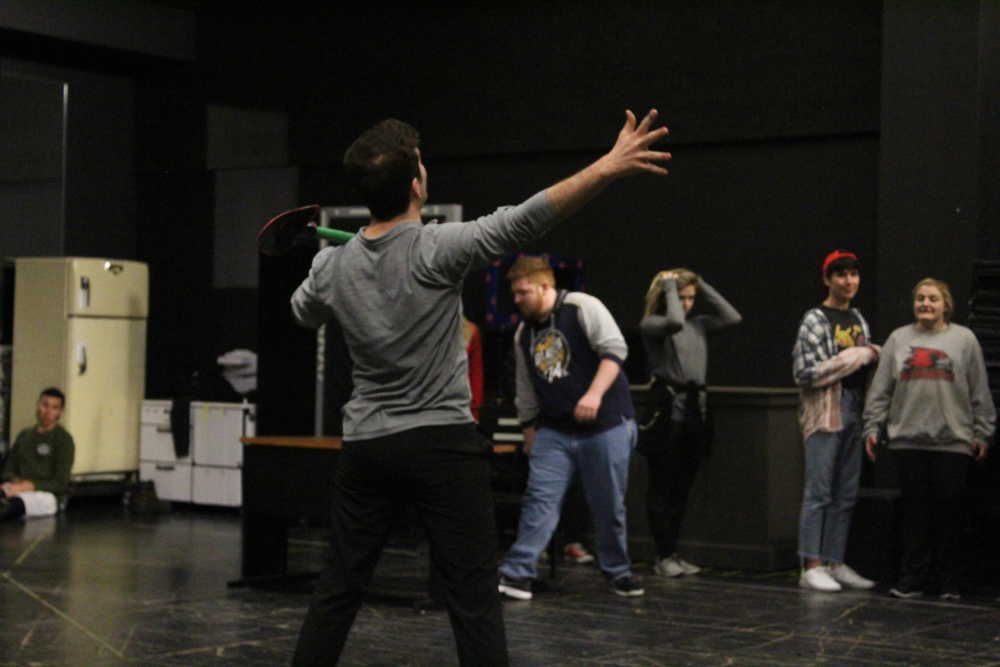 According to Stilson, through a grant from the University, the Conservatory hired Vertigo, a company of professional riggers, to come in to make sure the more challenging theatrics are performed safely. These include Mary Poppins and the Banks children flying, and Bert walking on walls – maybe even a ceiling.

Alpizar said the role has been a special challenge in many ways. Just last semester he injured his foot during rehearsals for “An American Hero.” He said this new role is physically demanding, and the first he has done since the incident.

Mary Poppins is being played by senior, Abigail Alsmeyer. She said playing a childhood dream role is both terrifying and exciting. 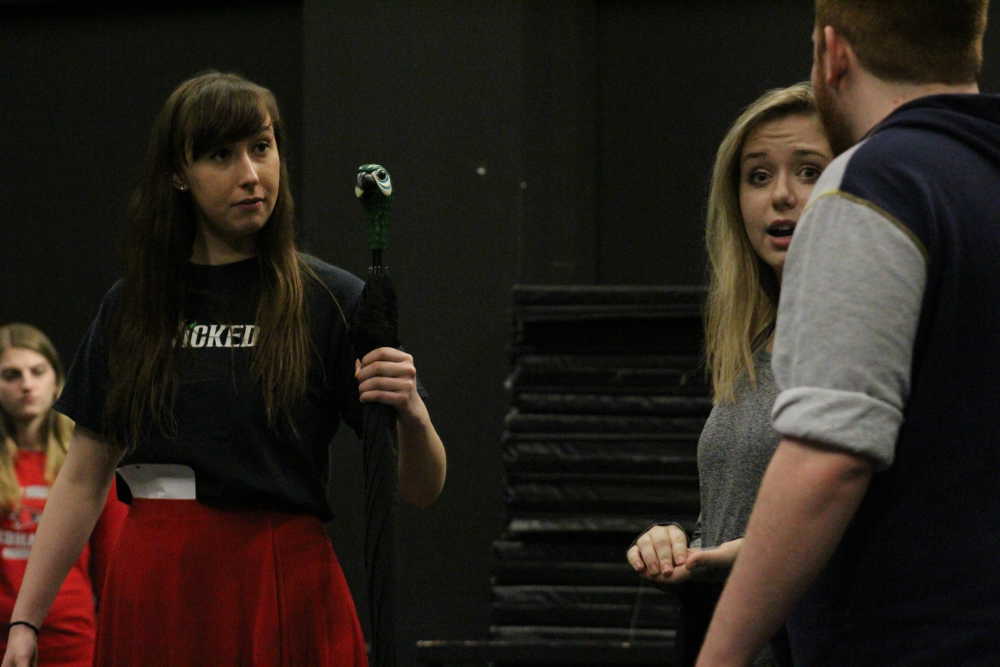 “The movie was actually my favorite movie as a kid,” Alsmeyer said.“I always wanted to be Mary Poppins.”

Stilson said he has witnessed the growth in the female and male leads Alsmeyer and Alpizar, both graduating seniors, and that it makes for a bittersweet production.

The cast for this musical is quite large, and the ensemble plays an important role in bringing this world to life. Malachi Marrero is one of the two dance captains for the show, and also a member of the ensemble. According to Marrero, a dance captain must know the choreography for everyone on stage at any given time, and be able to give notes, or step in to anyone else’s spot at a moment’s notice. Marrero plays a multitude of roles in the production, ranging from a dancing statue to a chimney sweep, and even an evil toy.

“It’s a show for family, and for kids, but … it’s really a show that adults can come, and see, and love, and just have a great time with,” Stilson said.

The show will premiere at Bedell Performance Hall Feb. 21 through 24 at 7:30 p.m. with matinee performances Friday and at 2 p.m. Sunday Feb. 25.