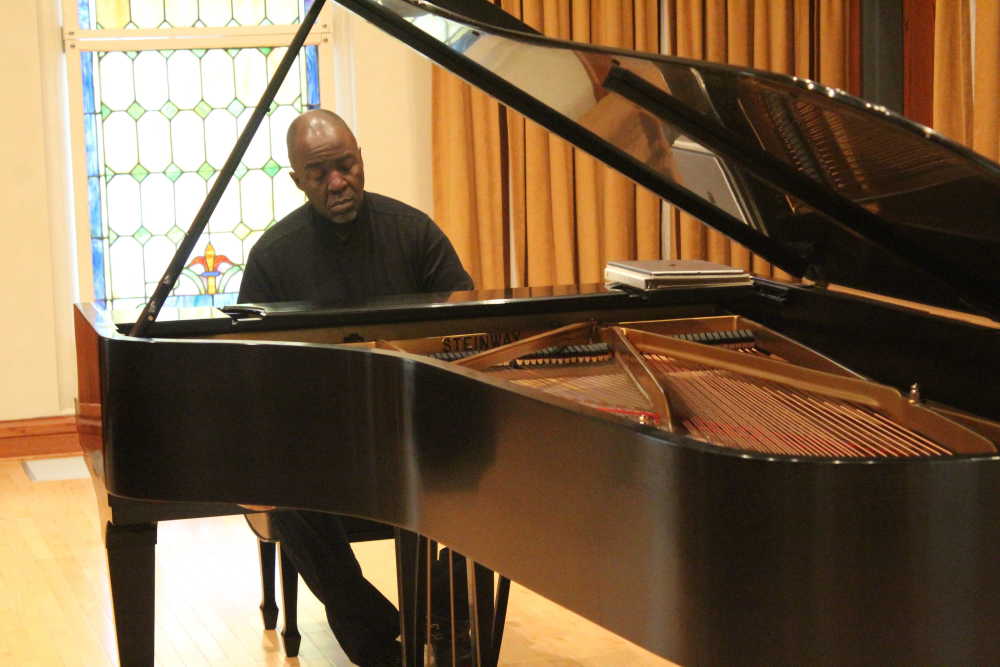 Renowned Ghanian-American pianist William Chapman Nyaho performed a recital of compositions from Africa and of African descent at the Shuck Recital Hall on Southeast’s River Campus on Feb. 18.

The concert featured compositions by composers of African descent from the 19th and 20th century. Before each piece, Nyaho gave a brief introduction, filled with the history of the composition, and small lessons in rhythm for the audience.

Nyaho played some pieces, such as Florence Price’s “Dance in the Candlebrakes,” with eyes closed and no sheet music to reference.

Nyaho grew up in Accra, Ghana, where he began playing piano around the age of 5.

“There was always music going on at home. I absorbed a lot of the cultural dances and music in school. So I learned how to dance all the different dances from all over the country,” Nyaho said, “I was very much into traditional music as well, and then I was also playing the piano which at that time was primarily Western-European. And as I grew up, I started trying to find a way to meld the two identities that I was coming up with.”

Nyaho earned his Bachelor of Arts degree from the Honour School of Music at Oxford University in England. He attended Oxford because his father was one of the first people from Ghana (then the British Gold Coast) to attend Oxford in the 1930s, Nyaho said.

Nyaho went on to study at Conservatoire de Musique de Genčve in Switzerland for his Master of Arts in music, and then University of Texas at Austin for his doctorate in musical arts.

Nyaho has composed a five-part anthology, “Piano Music of Africa and the African Diaspora,” to bring awareness to the works of composers from Africa and communities that have been dispersed around the world.

“There’s just a ton of fantastic music, and brilliant, I would call it even art, you know art music by composers from all over the African continent and the diaspora that need to be heard,” Nyaho said.

“That was spectacular,” said sophomore Landon Schnurbusch, a composition major who specializes in piano. “African music isn’t something that we spend a whole lot of time at [Southeast] studying.”

Nyaho has a long career of teaching and performing music, and said they help him grow as an artist.

“I think I feel called to perform,” Nyaho said.

Nyaho has performed all over the world, including at the Kennedy Center in Washington, D.C. He said the Shuck Recital hall was beautiful and has a gorgeous piano.

“Every place has its own statement to make,” he said. “So this is just as beautiful as the Kennedy Center, as important as any other hall. Particularly this hall and the piano.”