Starting a conversation: 'The Vagina Monologues' 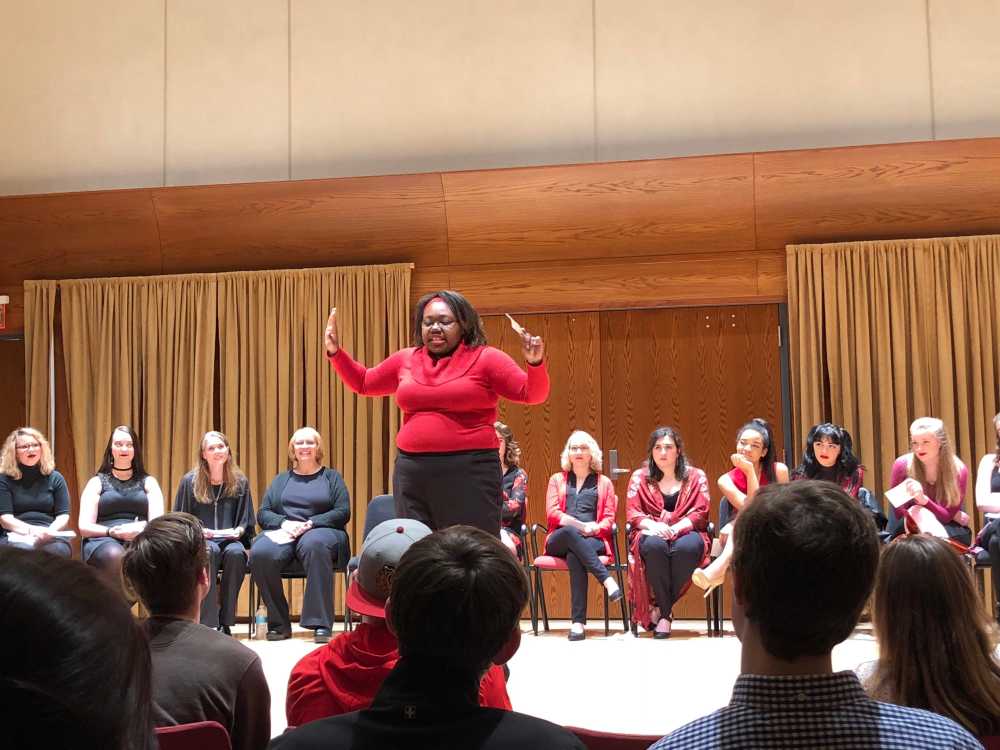 Valentine’s day at Southeast was used to start a conversation about self-acceptance and ending sexual violence. The Campus Violence Prevention Program and Redhawks Rising collaborated to put on two shows Feb. 14 about cases of violence and women's issues. The groundbreaking collection of monologues came from world-famous authors and playwrights, and was showcased by students and faculty.

The first show, “A Memory, a Monologue, a Rant and a Prayer,” was performed in Towers Lobby during the day, and “The Vagina Monologues” was delivered at Shuck Recital Hall that evening. The latter play was part of the V-Day campaign and raised money in the campaign against sexual violence against women.

Southeast’s football team participated in the event, performing a special reading of the Man Prayer. The prayer is about taking preventative action against violence and gives a different take on the definition of masculinity. 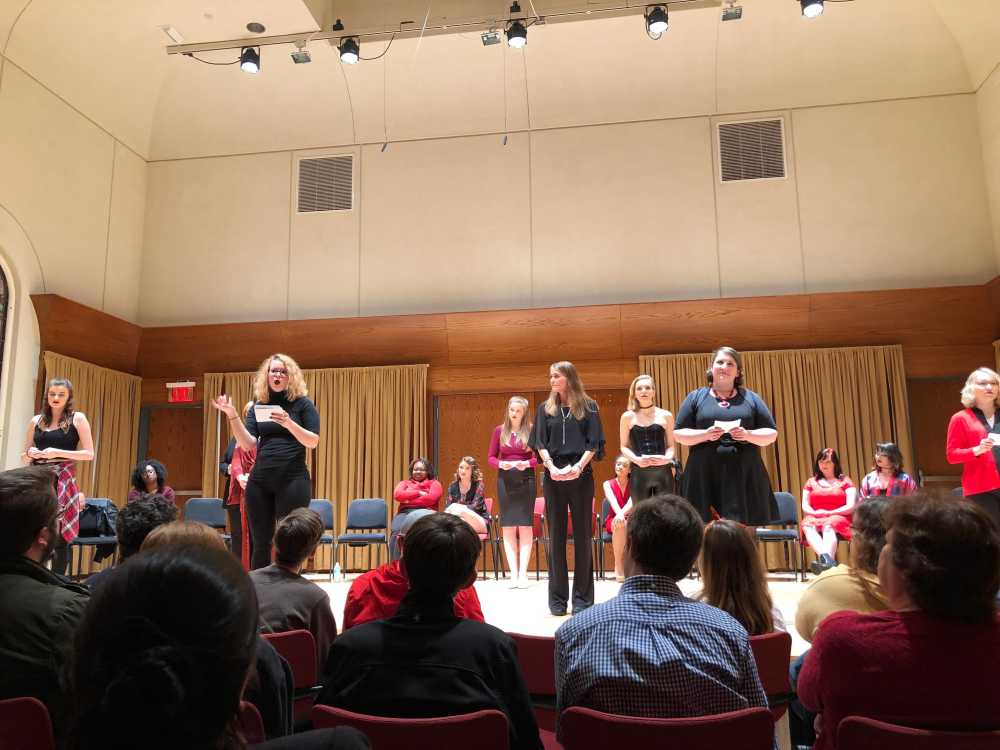 “A Memory, a Monologue, a Rant and a Prayer” spoke out about ending violence against women and girls. The performance shined an honest light on situations not often discussed.

“The Vagina Monologues,” performed by the students and faculty at Southeast, is a theatrical performance highlighting what it means to be a woman. The 1996 play tells the stories of 200 women of all ages and covers topics such as sexuality, body image, sexual encounters and rape. Students, faculty, parents and community members nearly filled the room to watch in a show of support.

Eve Ellner, writer of the monologues introduced the idea on college campus, to bring the ideas to a new generation of young people.

Roxanne Wellington, assistant professor of Theatre and director of the Vagina Monologues said a lot of time and work was put into the show.

“When this play was first performed, it was revolutionary,” She said. “We need to remind ourselves that it is OK to educate ourselves about our bodies. Some women do not have voices, so we need to be their voice. We need to stand up for ourselves and speak.”

Southeast senior Taylor Allen, described the show as a powerful and confident group of women coming together to talk about issues women around the world experience throughout their lifetime.

“The stories that they shared were vulnerable and real and there is nothing better than that,” Allen said.

Holly Lynn, one of the 20 actresses who delivered the performance said the importance of the show is in educating people on issues they are not familiar with in a society where women are often picked apart.

“Woman need to know that it is OK to love yourself and who you are. It is OK to say the word vagina, it is OK to be you for you,” Lynn said.