*Editor's Note: This story first appeared in the Southeast Missourian.

Hundreds of colorful handmade bowls decorated tables at the Salvation Army in Cape Girardeau on Sunday as a reminder of the hunger many face in the community. 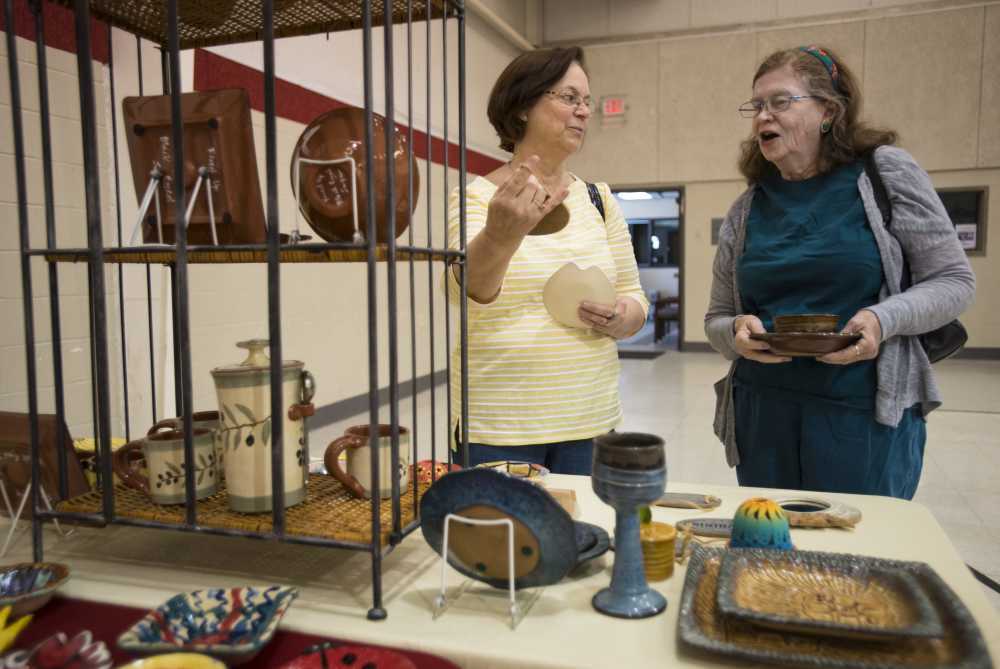 Avon Crocker, left, laughs with Marilou Shaner after reading an inscription on a bowl at an Empty Bowls Banquet on Sunday at the Salvation Army in Cape Girardeau.
Photo courtesy of Ben Matthews ~ Southeast Missourian

The bowls were empty, but the room was full of community members ready to make a difference.

The Empty Bowls Banquet, now in its 12th year, has begun to find a rhythm, according to its organizers. The $12 ticket to attend the banquet bought each person a made-from-scratch meal and a handcrafted bowl, with proceeds going to the Salvation Army in Cape Girardeau.

Linda Bohnsack is one of those organizers and has been crafting handmade bowls for the banquet for nearly 10 years. She's responsible for the 325 bowls banquet-goers got to choose from Sunday. 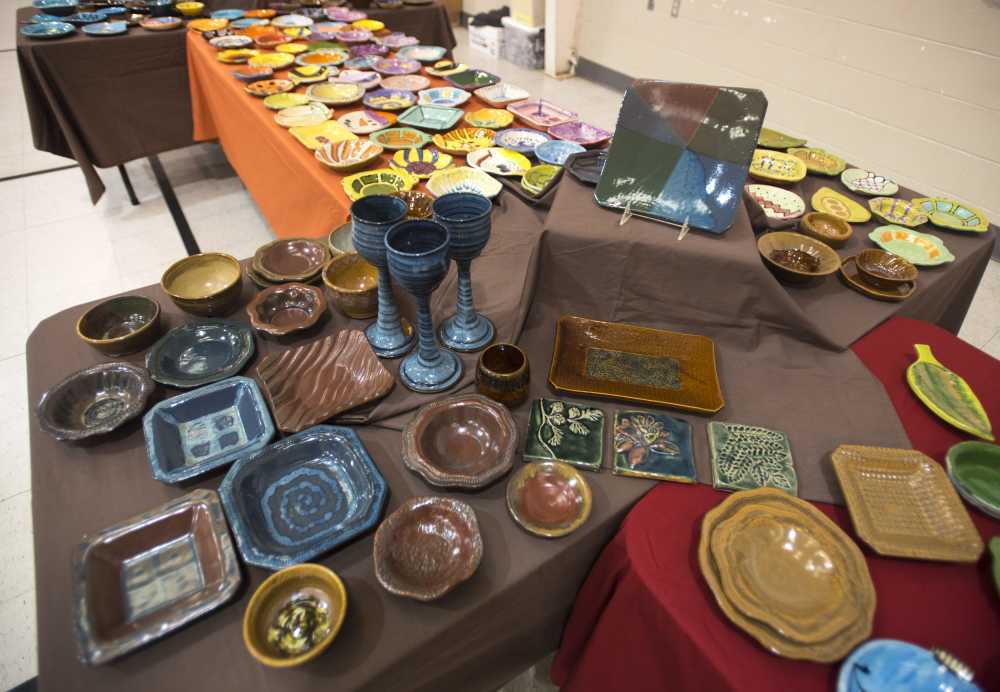 Bowls sit on a table before an Empty Bowls Banquet on Sunday at the Salvation Army in Cape Girardeau.
Photo courtesy of Ben Matthews ~ Southeast Missourian

All of the bowls were handmade in Bohnsack's Cape Girardeau-based studio, then painted by volunteers from all over the community.

What has become an annual year-long process of preparation for Bohnsack began with just one bowl nearly eight years ago.

"I became a potter after I got involved with Empty Bowls," Bohnsack said. "I made a bowl, and then the following year, which would have been 10 years ago, I decided I was going to make 100 bowls." 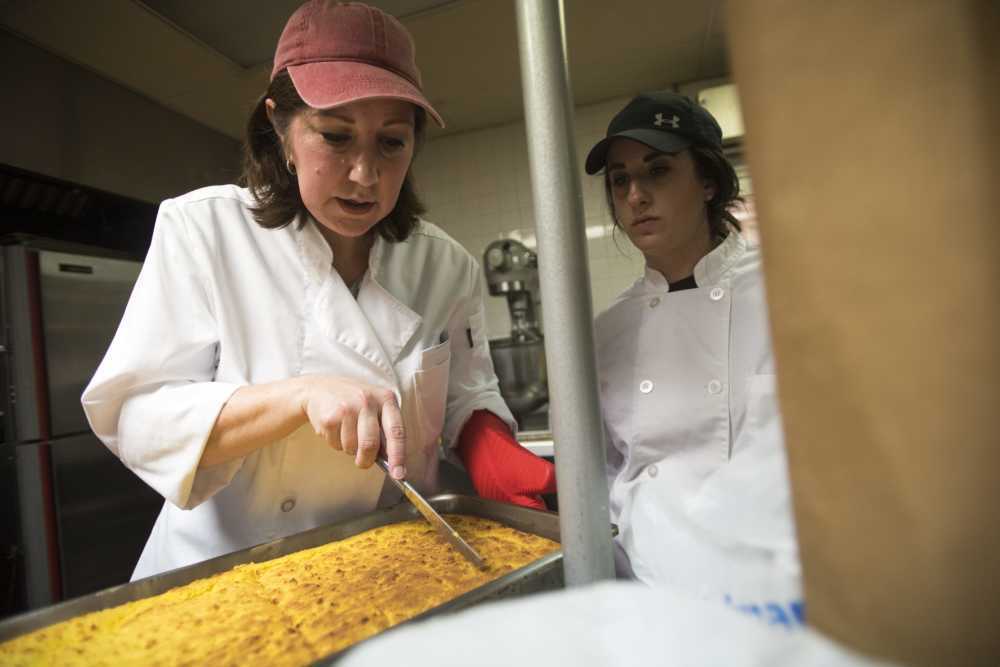 Bohnsack since has joined the Advisory Board for the Salvation Army and continues to donate bowls each year. For her, participating in the banquet each year is about informing the community of a need.

And while the faces of those attending the banquet may change over the years, the tradition to partner with Southeast Missouri State University to provide the meal lives on. 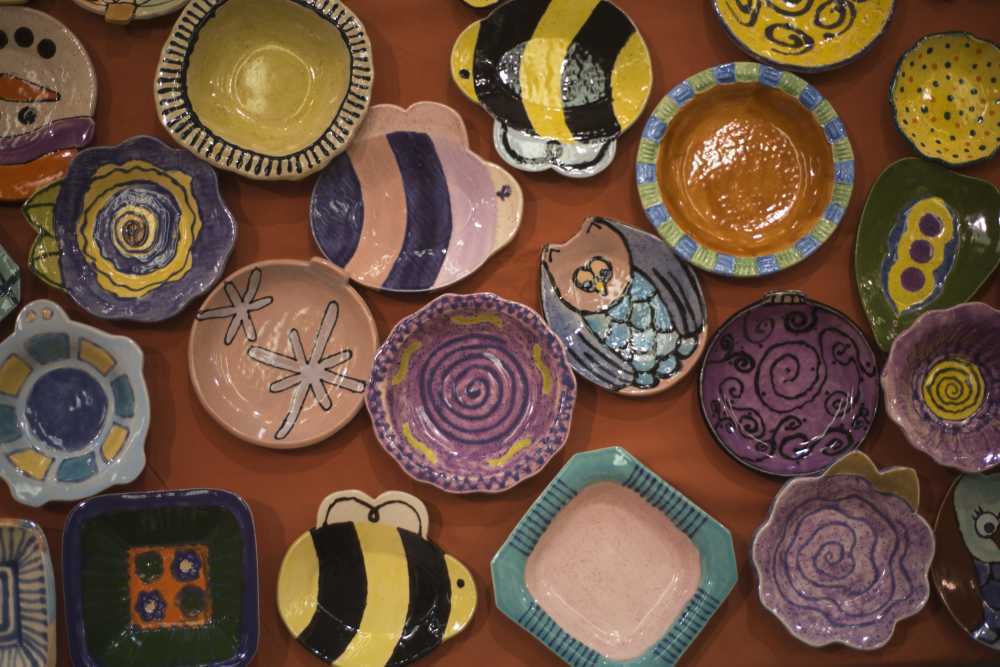 Bowls sit on a table before the Empty Bowls Banquet on Sunday.
Photo courtesy of Ben Matthews ~ Southeast Missourian

University instructors Joel Ramdial and Charlotte Cervantes helped the students preparing the food to organize and execute a meal that would serve 200 people.

Although creating and serving the meal was part of the curriculum for Food Service Operations, a senior-level capstone class, Cervantes said the students have become particularly committed to the success of the Empty Bowls Banquet. 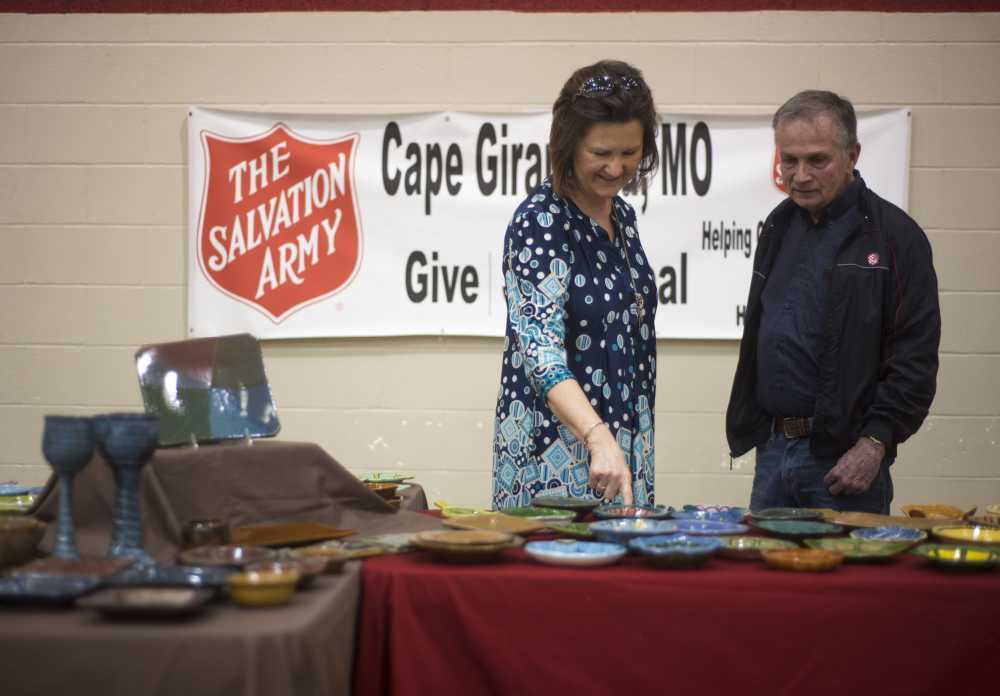 "This is the first year that they really tried to develop a good social-media presence," Cervantes said. "Before [preparing the meal] was just a volunteer thing that students could do, but now they're committed to doing it."

Paige Childs was one of those students making sure the event went off without a hitch, and she also was involved in promoting the banquet on social media.

Childs filmed live videos of the food being prepared Sunday morning and had been posting teasers about the Empty Bowls Banquet in the weeks leading up to the event. 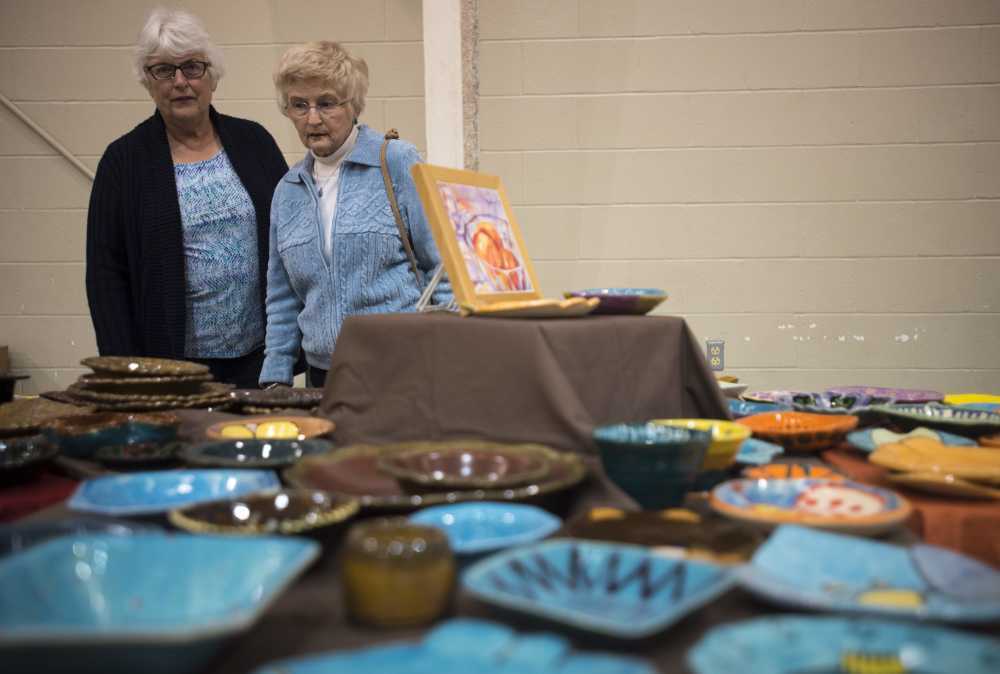 Other seniors in the dietetics program, Sarah Bower and Leah Goodwin served salad and homemade bread during the banquet and said they enjoy feeding the community.

Goodwin said the students in her class often prepare free meals on campus, and she likes the feeling of helping those in need.

"It still makes you feel good knowing that you are preparing a lunch for people who need a free meal or who otherwise not have access," Goodwin said. 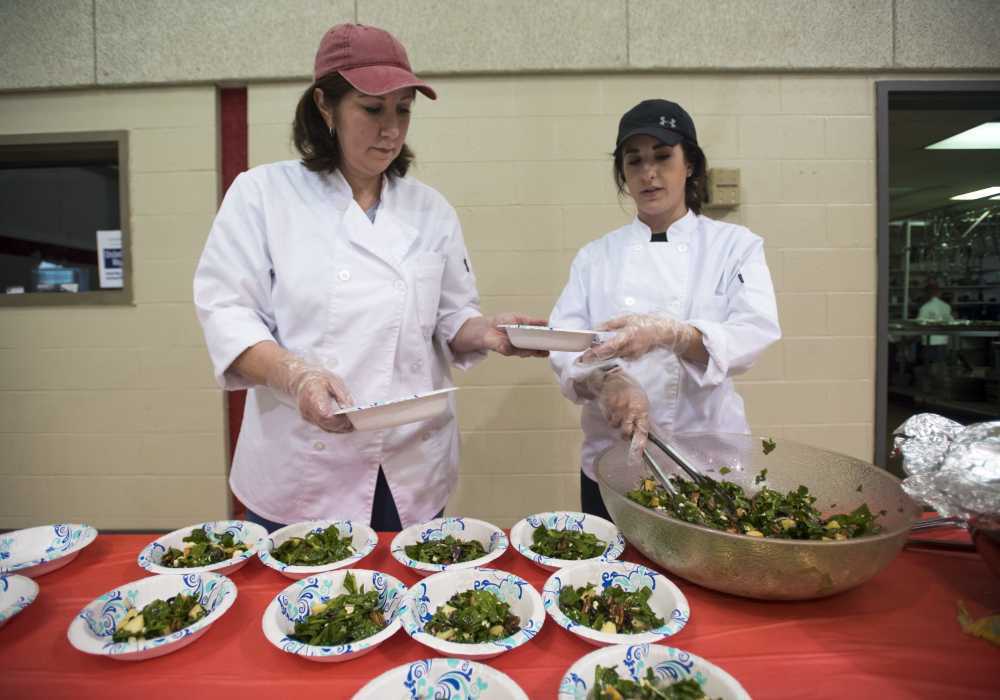 Some of those new faces were Jane and Bob Owens of Jackson who were invited by friends to try out the event for the first time. The couple already had picked out their bowls to take home and were waiting on their friends to arrive before the event was set to begin.

While some came to support the Salvation Army or the students preparing lunch, others came to enjoy the art of the homemade bowls. That was true for return guests Kelly Riggs and Nathan Mowery. 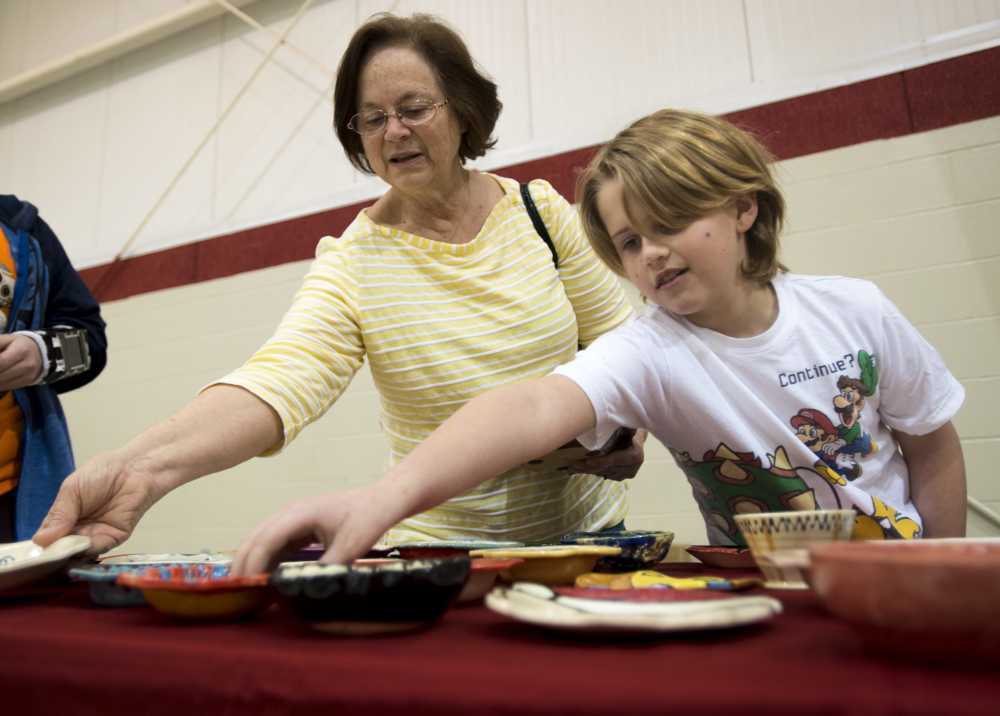 Riggs, an artist herself, said she appreciates seeing the pottery on display and then taking a piece home to her collection each year.

"We have three or four bowls, we've got a mug and a plate. I told him we might have to skip next year, unless we break any," Riggs said, laughing. 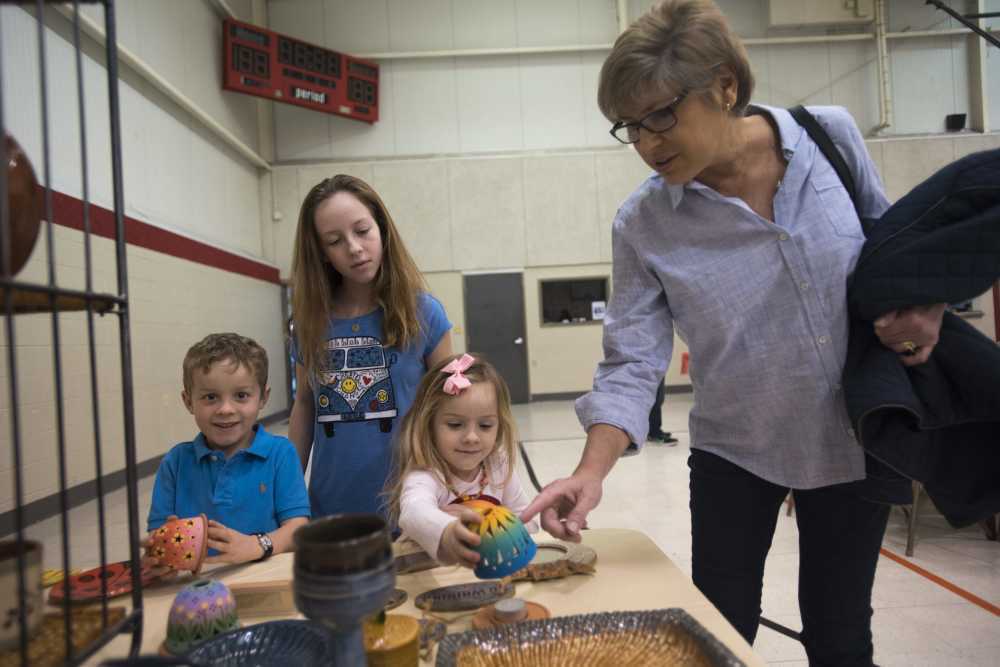 Barb Morgan looks at decorative bowls with the Brandhorst children, from left, Conrad, 6, Annabelle, 11, and Genevieve, 4, during the Empty Bowls Banquet on Sunday.
Photo courtesy of Ben Matthews ~ Southeast Missourian

"We always come after church with our little church group," Shaffer said. "We get fed and get to help people who don't have that opportunity."

Cervantes said the Empty Bowls Banquet has raised more than $60,000 for the Salvation Army to date. 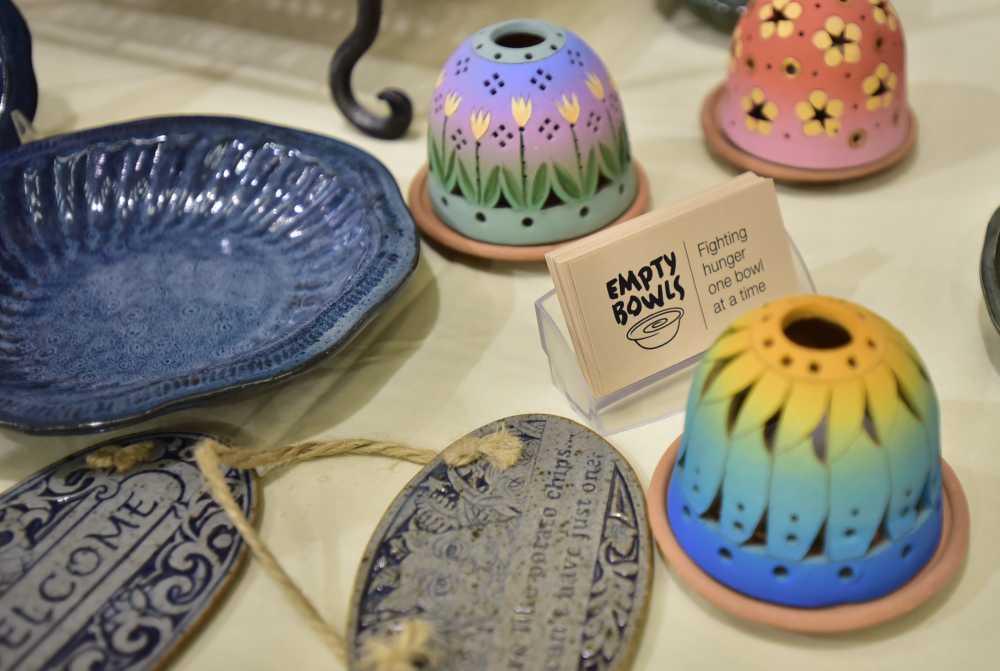 Bowls sit on a table before the Empty Bowls Banquet on Sunday.
Photo by Ben Matthews ~ Southeast Missourian