Legislature bill could hurt the future of football 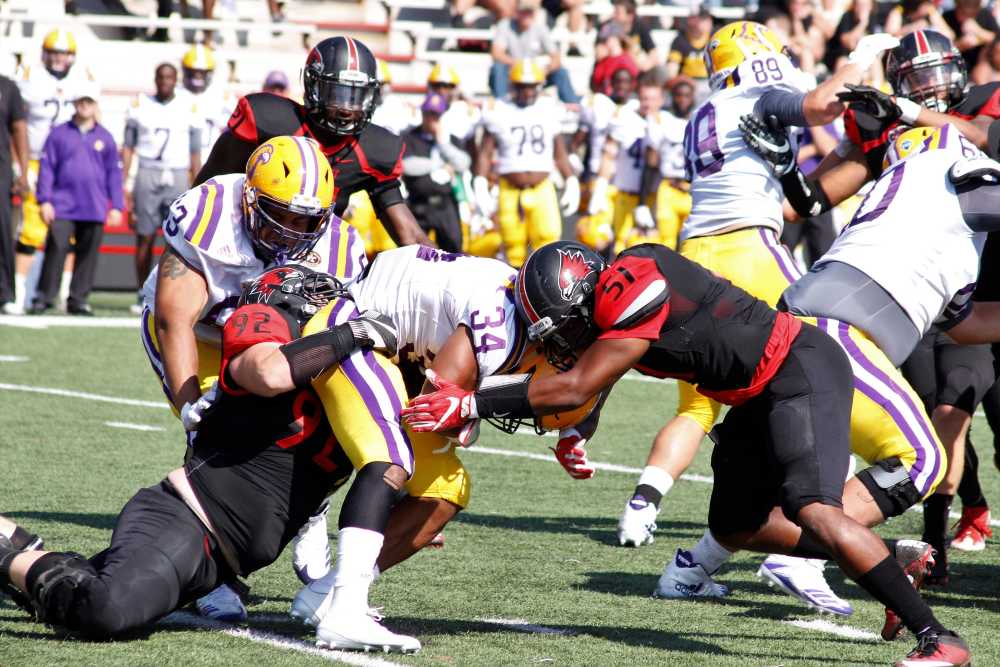 The Illinois Legislature is voting on a bill which would create the CTE Prevention Act, banning tackle football for children under the age of 12.

With similar bills being passed in California, Maryland and New York, Southeast coach Tom Matukewicz said the legislative movement is catching his attention.

Matukewicz said he has played football since he was about 7 years old and he feels the game is as safe as it’s ever been in regard to head injuries.

“We’re doing a better job of teaching techniques that keep the head out of the game. I love this game and what it’s done for my life, and I want to try to protect it, and the last thing I want is for one of my players to be laying on the ground because of something that can be controlled like technique,” Matukewicz said.

Matukewicz said his job is to make sure his team is playing the game correctly, as well as making sure players are tackling properly to avoid serious injuries.

“We’ve looked at games like rugby, as an example,” Matukewicz said. “They do a lot of the similar stuff, but they don’t have any of the protections.”

Matukewicz said he teaches players to either tackle from the back or at the shoulders to help protect not only themselves, but opponents as well.

“What happens is if they just hit on the rise, that’s what causes the head to head, and you have to get them to adjust their hit zone,” Matukewicz said. “You can still hit a guy really hard, just not in the head.”

Matukewicz repeated the words of former coaching great Lou Holtz, who once said, “If you want to make the game safer, take the helmet off.”

“It makes a lot of sense. At first you don’t realize that, but then they would never use their head as a weapon,” Matukewicz said.

In regards to the bills passed, Matukewicz believes it should be on the coaches, not the government to help protect younger football players.

“As coaches, it’s our responsibility to keep out players safe,” Matukewicz said. “That’s where my obligation to the game is. We do a lot of clinics; we try to use each other to work on the game to teach these safe techniques.”

Looking at the current state of college football, Matukewicz said it is at a critical stage.

“People are saying the game is not safe. They’re saying it, ‘it’s happening,’ and now all of a sudden the game is under attack a little bit,” Matukewicz said. “We have to do a good job. Is it safe? How can we make it safer? Let’s make the game safe, and especially our players. There’s not a coach that has ever coached that wants a player to get hurt.”

Looking at football in general, Matukewicz said he would still let his own kids play football because the positives outweigh the negatives.

Matukewicz also said if similar bills keep getting passed across America, high school football will take a bigger hit than it already has.

“The numbers are down now. Not as many people will play the game because of what they hear or fear or what their parents say. That’s real and it’s already happening, and it will affect high school football,” Matukewicz said. “I don’t think it will affect college and the NFL.”

The thing that bothers Matukewicz the most: If fewer children play any sport, then they will lose a great teacher of life.

“How do kids learn about life? How do they learn how to work hard, learn how to handle with adversity? That’s what athletics is built for. People aren’t on farms working like they used to,” Matukewicz said. “How are they learning all of these skill sets that’s really going to be beneficial in life if they don’t learn it on a gym floor or a stadium.”