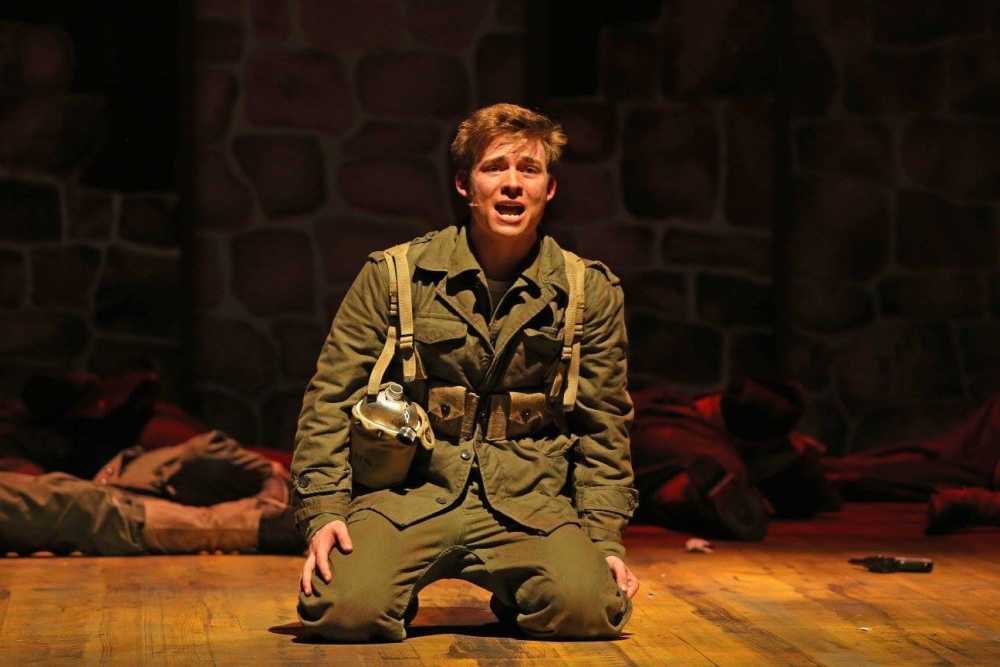 Sophomore Adam Schween stepped in to fill the lead role of Irish immigrant Thomas O’Brien after senior Jose Alpizar broke his ankle before the world-premiere in September 2017.
Submitted photo

Getting an originally composed musical published by a university is rare. Seeing it in lights on New York City’s Broadway, even more so. But the original River Campus production of "An American Hero" is one step closer to seeing that dream come true with its selection in the New York Musical Festival.

Composed by Southeast alum Cody Cole and Conservatory of Theatre and Dance chair Kenn Stilson, the musical will be performing in New York City in July.

Cole said he and Stilson will use the momentum to reach even greater heights for themselves and the show. 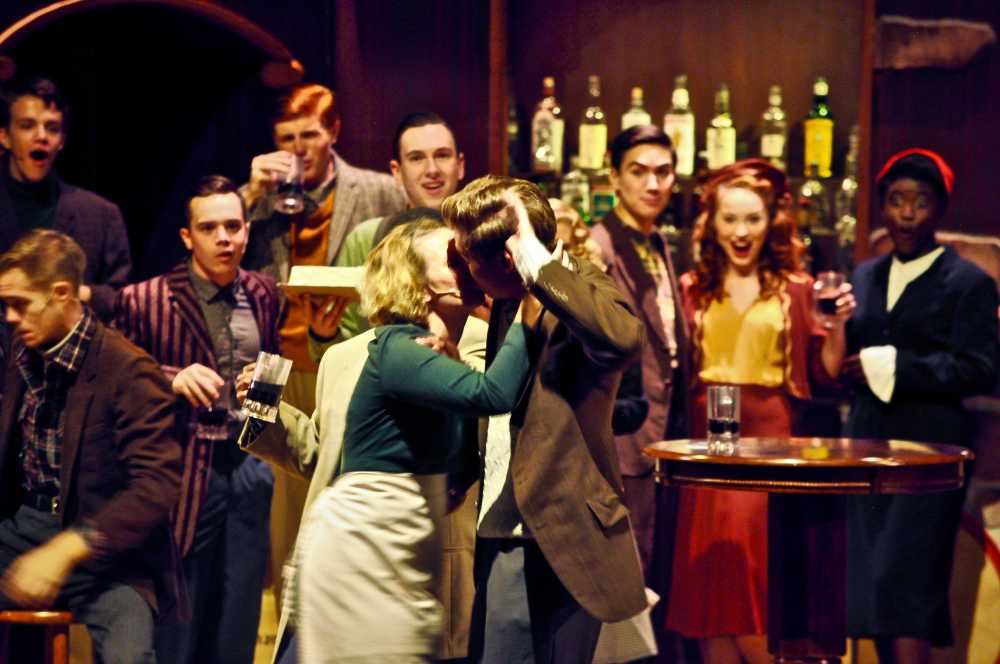 The opening scene of 'American Hero' takes place in an Irish Pub, in America as immigrants, celebrate the end of World War II on Sept 27 at Bedell Performance Hall.
Photo by Ariel Ferman

"It's exciting and a tremendous oppurtunity," Cole said.

Stilson, who wrote the script, said out of over 200 submissions, only 12 were selected to participate.

According to a press release from broadwayworld.com, “An American Hero” is the first of two invited productions to be announced. The other 10 shows will take part in the Next Link Project, which “is open to any writer - produced or unproduced, with or without agency representation.” 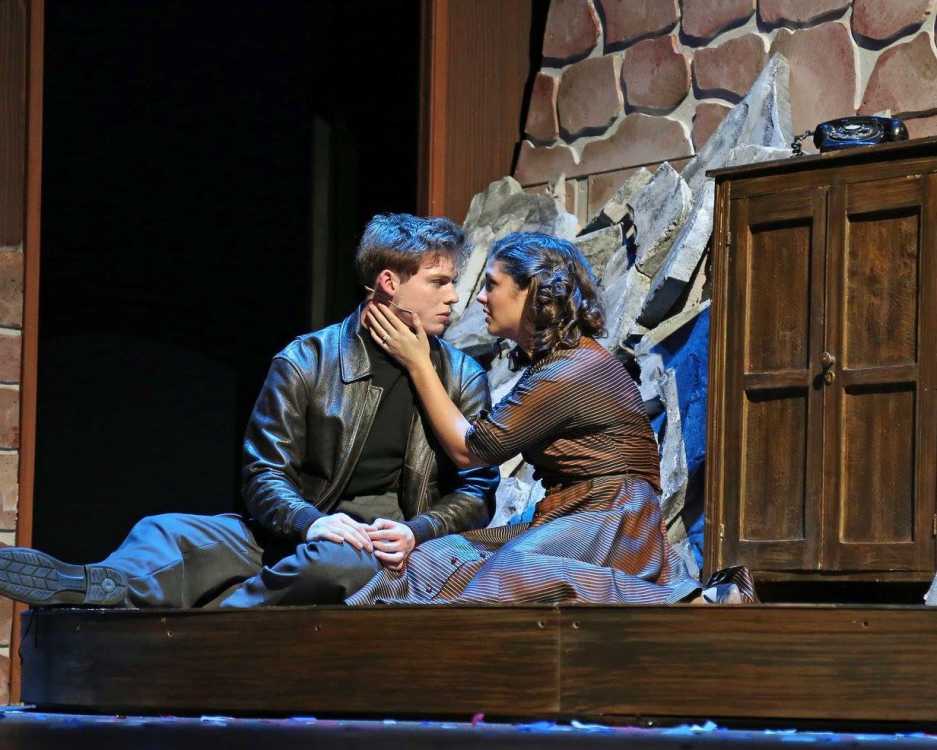 Sophomores Adam Schween and Baylor Massey played the main love interests during the world-premiere production in September 2017 at the River Campus.
Submitted photo

The press release states that all shows involved will get “entrepreneurial training, career networking opportunities, dramaturgical support, and other services.”

“An American Hero,” tells the story of Thomas O’Brien, an Irish immigrant, who falls in love with an American woman during World War II. 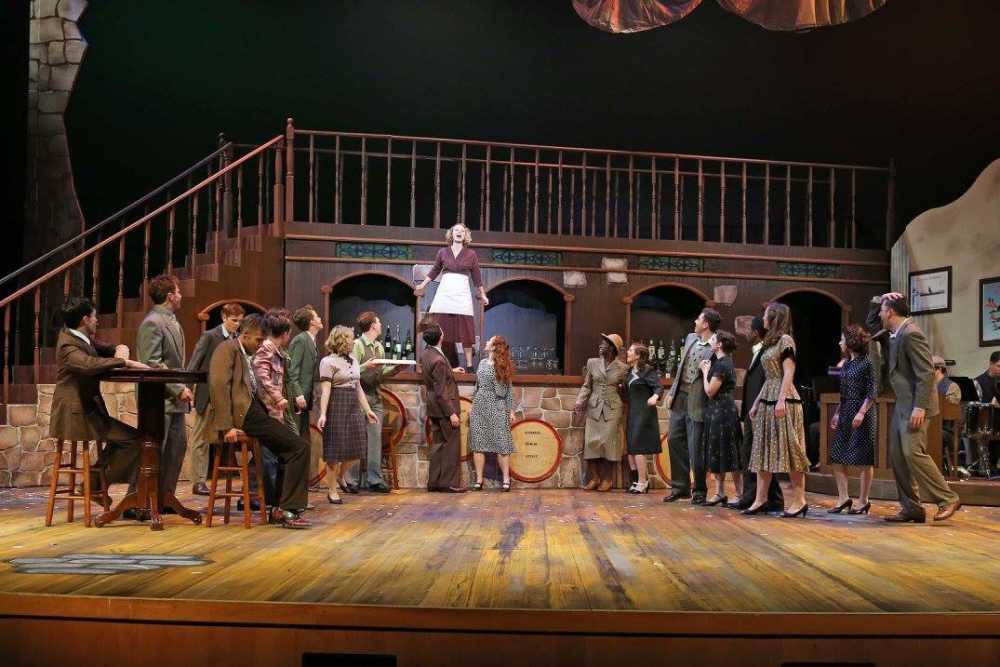 “An American Hero” had its world-premiere production in late September 2017 on the River Campus.
Submitted photo

The show went through several staged readings during the creation process before being performed at an off-off Broadway theatre in Dec. 2016. The show had its world-premiere production in the Bedell Performance Hall at the River Campus this past fall.

For the New York Music Festival, “An American Hero” will have five performances in an off-Broadway theatre.

Stilson learned of the festival invitation Jan. 29, just minutes before starting rehearsal for “Mary Poppins,” the conservatory’s spring musical. He announced the news to the cast before rehearsal started. He said he had to wait to post about it on social media until the NYMF released the lineup online. 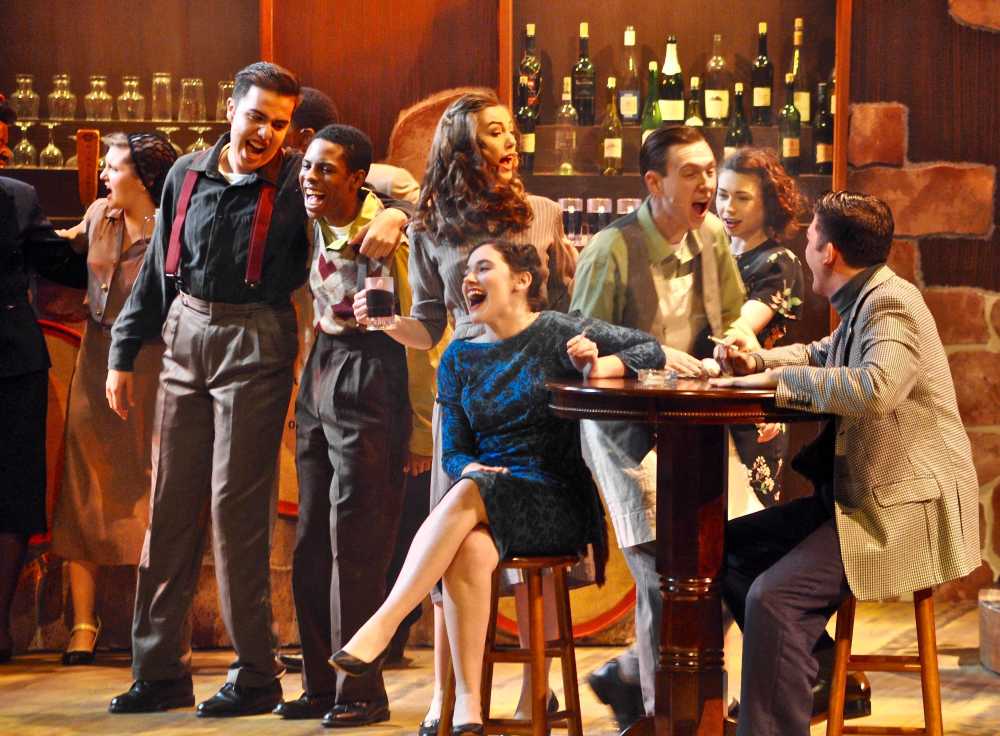 The ensemble of an American Hero shares a laugh during the opening scene on Sept 27 at Bedell Performance Hall.
Photo by Ariel Ferman

Stilson said a set of auditions was open to current students and Southeast alum, and the cast list was announced at the time of the NYMF press release. He wants the show to be a Southeast-driven production, only bringing along Southeast students, alum and faculty to help produce the show. He said doing this will further promote the conservatory and its students, who will be able to make connections with Broadway personnel during the festival.

According to Stilson, the process involved a submission of everything from the script, the music, excerpts of scenes and audio files of the musical numbers. He said it was a blind submission, so once it reached the grand jury no one’s name was attached to the show.

“The grand jury, the people who selected it, are people who are on Broadway right now, Tony award-winning people, Broadway directors and producers,” Stilson said.

Stilson’s main goal for the festival is to get the show picked up by any producer, on or off-Broadway. His goal is to have it produced on a bigger stage in hopes that it will lead to “An American Hero” being published for companies to purchase the rights to produce.

“In order for a musical to be published, it must demonstrate that they have a national appeal to them,” he said.

While Stilson is thrilled and proud of how his collaborative show is blossoming, he continually brought the focus back to the future of the conservatory and its students.

“[If the show gets published], it would have a life that goes beyond us,” Stilson said. “The conservatory is always going to be the one that spawned this and produced this initially. It’s a pretty big deal.”

Senior Jose Alpizar, who played O’Brien the protagonist for the staged readings and is attending the festival with the show, said he is ecstatic for everyone that has been or will be involved in this upcoming performance.

“My heart couldn’t be more full for the creative team and for everyone that’s been involved since the show’s first reading my sophomore year,” Alpizar said. “It’s gone through so many changes with Kenn and Cody putting so much of themselves into it, that seeing this show so dear to my heart get this recognition makes me so incredibly proud.”