LeGrand named new Student Regent for Board of Regents 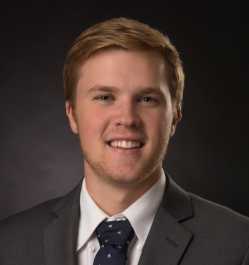 Southeast junior Luke LeGrand was recently appointed by Gov. Eric Greitens to be the new Student Regent for the Southeast Board of Regents. LeGrand is majoring in accounting at Southeast and was born and raised in Cape Girardeau.

He applied for the student regent position because he knew is was a vacant position that was necessary to be filled. He said his freshman year, he started working in the president’s office and experienced a former student regent in his role and wanted to serve the university at a similar capacity. In the president’s office, he gets to work with board materials and the member’s themselves that allowed him to learn a lot about the position and hopes to do a lot of things with it.

Of those things, he said the most important item on his agenda is to be financially responsible with the budget that has been set in place by Gov. Eric Greitens. He also wants to get more involved with the Cape Girardeau community, and focus on the importance of integrating the university within the surrounding area. Finally, he wants to see more intergroup involvement among organizations across campus — working together to host events and speakers as a unit rather than solely relying on the university to provide them.

LeGrand is a member of Lambda Chi Alpha, works in the president’s office and is the treasurer of Student Government Association.

LeGrand's term will begin immediately and will run for two years through the spring of 2020.