Making a name in the NBA: Antonius Cleveland

Southeast men’s basketball alum Antonius Cleveland is making his dream a reality playing in the National Basketball Association with the Atlanta Hawks after signing a multi-year contract March 14. 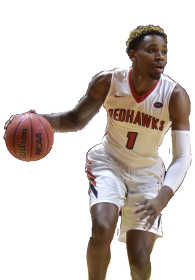 Before Cleveland played his first game in the NBA, he started on the court for the Redhawks. He said the main reason he wanted to play at Southeast was because of the connections he had with players on the team.

“There were about five players from Memphis on the team and one of the assistant coaches on the team was my P.E. teacher in 10th grade,” said Cleveland, a Memphis native.

There was one other reason: No other school gave him an offer.

While he said proximity was not a reason for coming to Southeast, he said it made it easier for his mother and grandmother to come watch him play.

In his freshman year at Southeast, Cleveland started in 20 of the Redhawks’ 32 games, scoring a total of 290 points, recording 89 total rebounds and making 32 steals. He said he was one of the best guards on the team that year.

“That team was so talented; I was kind of the groove guy,” Cleveland said. “Me being young and I guess the lift and athleticism that I possess, coach [Dickey] Nutt felt like he could start me.”

As his time went on at Southeast, Cleveland statistically got better as he started more games. By the end of his college career, Cleveland started a total of 107 of the 121 games in which he played, scoring 1,556 points, making 159 steals and dishing out 242 assists.

His favorite memory at Southeast didn’t come from the court, but with his roommate freshman year, Jamaal Calvin, who was also on the basketball team.

“When I got [to Southeast] my freshman year, we became best friends,” Cleveland said. “We always talked about how it was going to be our team.”

Another memory Cleveland had while being at Southeast also came from his freshman year when the Redhawks were at home facing Ohio Valley Conference rival Murray State.

“They were trying to win the OVC and they had to win in our house. It was me and Jamaal in the game, two freshmen,” Cleveland said. “I had 21 points in the game, which was my career high as a freshman, and Jamaal had a good game, too. We ended up leading us into double-overtime to win.”

Cleveland also said his entire family was at the game against Murray State, making the game even more memorable.

Once Cleveland graduated from Southeast, his attention went right to the NBA draft. He was hopeful that the Boston Celtics would draft him.

“My agent had talked to the Boston Celtics and I thought they would pick me at 66,” Cleveland said. “I felt like there was a good chance of me getting picked late in the second round, but at the same time I understood my position with me going to SEMO.” 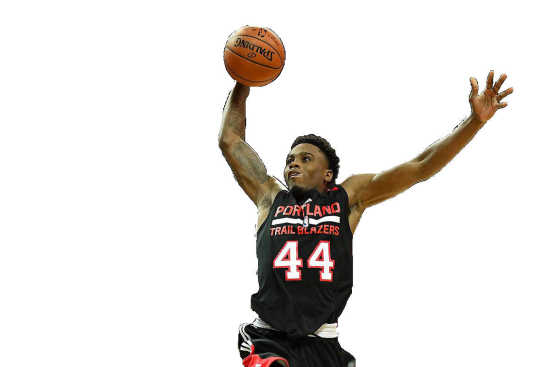 Even though Cleveland was not drafted, the Portland Trail Blazers gave him a chance by signing him to play in the NBA Summer League, helping him stay in shape so he had a chance to play for an NBA team.

Cleveland got to play in six games in the Summer League, scoring a total of 35 points, recording 10 total rebounds and five steals. He said he just went out to play his game hoping it would also impress people.

“I wanted to do the small things and to pay more attention on my defense to show teams that I could defend,” Cleveland said. “I feel like everyone can score, but not everyone can defend. And that was a way for me to stay on the floor because coaches can’t ignore that.”

After his time in the Summer League, the Golden State Warriors signed Cleveland to play with the G-League team. Cleveland said he knew they had to send him to the G-League because of the talent on the defending NBA champions.

“I’m a realistic kind of guy, I knew it was the Golden State Warriors and not too many roster spots were open,” Cleveland said. “It was just a great chance for me coming from SEMO.”

Cleveland said he was thankful the Warriors gave him a chance. He got to be around guys like Stephen Curry, Kevin Durant and Draymond Green.

Shortly after playing with the Warriors G-League team, Cleveland was offered a two-way deal with the Dallas Mavericks that allowed him to play in the G-League and the NBA. Cleveland said he was surprised he was able to play in the NBA so quickly after signing the contract. 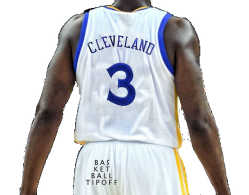 “I didn’t think it would be that quick, but I felt like I would play with them before the season was over,” Cleveland said.

While with the Mavericks, he played in 13 games, playing 81 minutes, scoring 10 points and recording six steals. Cleveland said he didn’t mind not scoring a lot as he wanted to show what he could do on the court. His defensive game stood out when he was given the opportunity to play.

“I just wanted to show that I could play both ends, but my focus really wasn’t on the defensive end,” Cleveland said. “Me being a competitor, no matter what level it is, I don’t want anyone scoring points on me.”

In December, Cleveland suffered a hairline fracture in his ankle during a game that resulted in the Mavericks releasing him.

“Being on that two-way contract, they had no injury reserve which means that the team will have to let you go,” Cleveland said. “It definitely was a heartbreaker the first couple of days. With being at this point of my career, it was a hard pill for me to swallow.”

Cleveland said he used the injury as motivation to get back in the NBA, saying he believed it was all in God’s plan for him.

On Feb. 22, the Atlanta Hawks signed Cleveland to his first of two 10-day contracts, which later ended up being a multi-year deal which will stretch from the remainder of this season to all of next season. Cleveland said getting a contract from the Hawks gave him motivation. 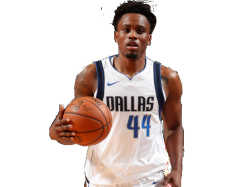 “I want to show Atlanta that this is a good decision for them to make,” Cleveland said. “I’m looking forward to being the best basketball player that I can be and working going into next season.”

Cleveland said everyone should expect a guy that can play both offense and defense in the coming season.

“Just a guy that can do it all. I don’t want to have any weaknesses in my game when I come back to that court,” Cleveland said.

Cleveland is the first player from Southeast to play in the NBA since 1979 when Larry Rogers played with the New York Knicks. He said with him being able to play in the NBA opens a door for other basketball players that are currently playing at Southeast.

“It’s a big accomplishment and to put the school on the map for guys like Denzel [Mahoney],” Cleveland said. “I just want to make it better for guys behind me coming out of SEMO.”