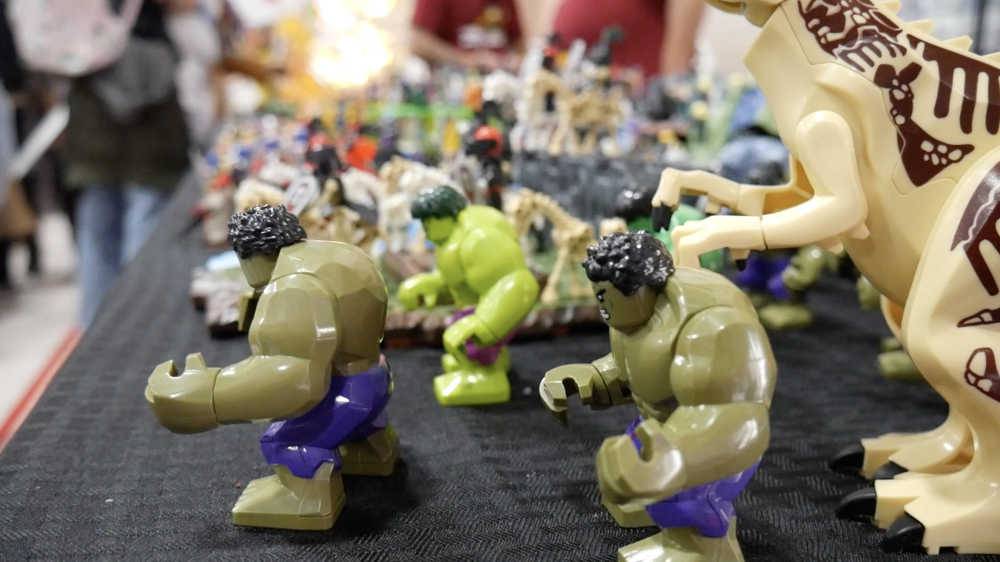 Patrons packed the Osage Centre in record numbers for the 13th annual Cape Comic Con on April 20 to 22. 4,800 people filed through the doors over the span of three days, and were treated to comics, games, collectibles and food.

Over 130 tables were set up for vendors inside the showroom floor of the Osage Center. Side areas in the building contained an escape room courtesy of Escape Cape, a room for discussions panels titled, “The Holodeck,” and a gaming tournament area for board games like Magic the Gathering. An area dedicated to comics called Cosmic Kingdom was present for dealers and collectors as well.

When entering the event, fans were greeted by Ken Murphy, director of Cape Comic Con. Murphy said that attendance was up 20 percent from 2017, which housed 4600 people. 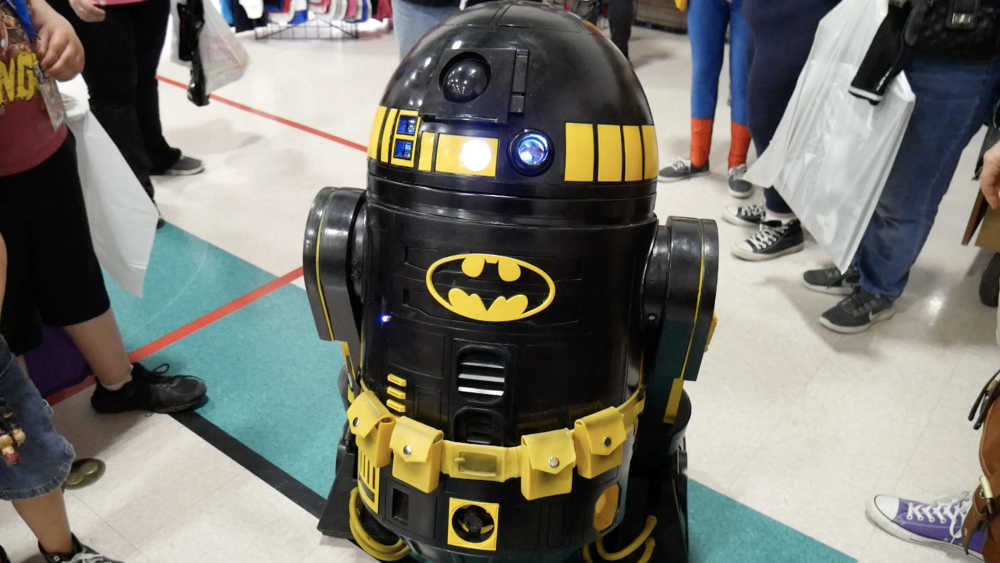 R2D2 dressed up as Batman at the annual Cape Comic Con at the Osage Centre April 20.
Photo by Justin Mann

New events this year included a daily scavenger hunt, which sent fans searching the building for clues to a daily prize. Costume contests are a big part of the event each year, but Murphy said they wanted to super-size it this time around. They did just that, holding the contest at the Kinder Performance Hall in Cape Central High School on Saturday night.

Custom crafts and props could be seen at the event from many vendors. John Clark, owner of Galaxy Creations, makes all his designs by hand using sculpting, 3D printing and molds of urethane plastic. Clark creates masks, pendants, costume designs and more. 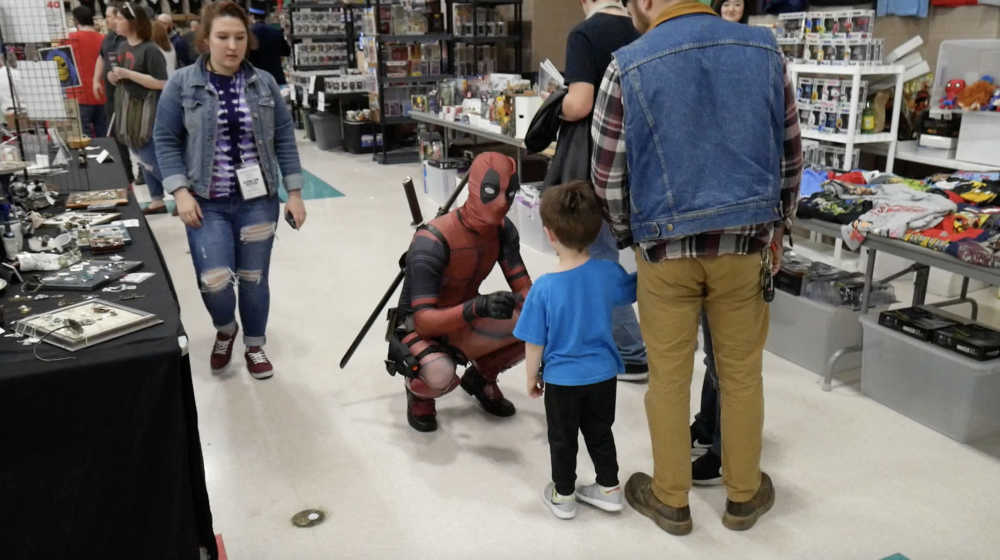 Deadpool speaks with a fan at the annual Cape Comic Con at the Osage Centre April 20.
Photo by Justin Mann

Clark said he has been doing this all of his life and enjoys the atmosphere of cons.

“Man, this is the life. I’m living the dream,” Clark said.

Clark also was impressed by how Cape Comic Con expands every year. 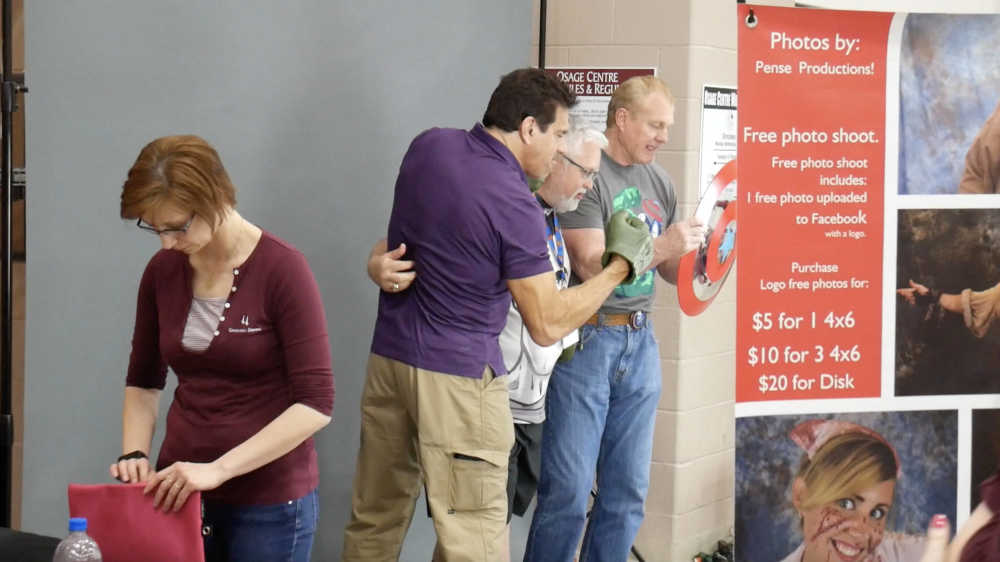 Lou Ferrigno and Reb Brown, also known as The Incredible Hulk and Captain America, pose with a fan at the annual Cape Comic Con at the Osage Centre April 20.
Photo by Justin Mann

Many cosplayers were on hand, dressed up as their favorite characters. Deadpool, Jason Vorhees and The Doctor were just some of the characters mingling with fans. Even memes were seen throughout the event, with one cosplayer wearing a horse head.

Gade Sweed and Julien Johnston were two cosplayers enjoying the event. Sweed was dressed up as his favorite video-game character, Nathan Drake, from the Uncharted series: Johnston was masqueraded as a stormtrooper from the Star Wars series. 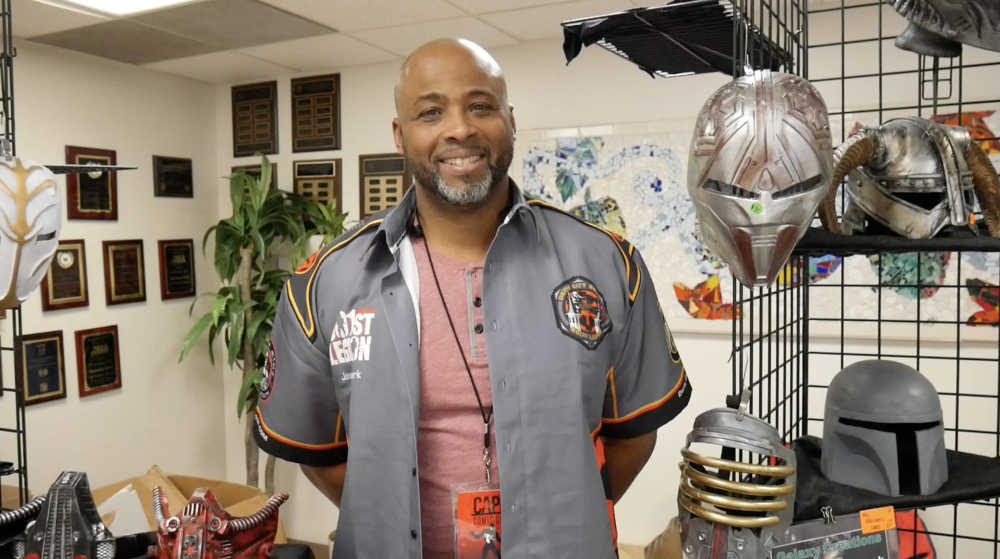 Although Sweed and Johnston are both from Cape, this was their first con. 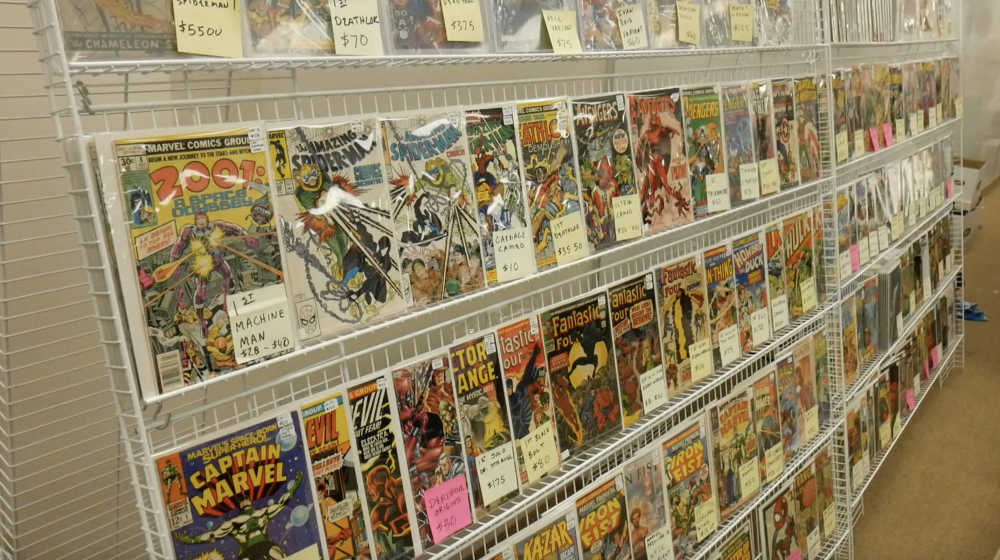 Vintage comic books for sale at the annual Cape Comic Con at the Osage Centre April 20.
Photo by Justin Mann

“I think it’s a lot of fun, and I see a lot of local businesses around here, so I think that’s cool,” Johnston said.

One local business at the event was Villainous Grounds, a comic, coffee and more shop in Perryille, Missouri. Owner Mary Jo Bammel said it was her third year to participate.

“It’s a much larger crowd this year. It’s been non-stop,” Bammel said.

She said she loves supporting local events, saying it is a good way meet people and promote.

One contributor to the larger crowd could have been due to the guest lineup. On hand were stars Lou Ferrigno and Reb Brown. Ferrigno, actor and retired bodybuilder, played the Incredible Hulk in the television series and has appeared in Marvel movies. Brown, an actor, played Captain America in the television film of the same name.

Also at the event were professional wrestlers, Tommy Dreamer and Dan Severn. Dreamer has wrestled for the WWE and was an original member of ECW. Severn had a storied career in the UFC, and also wrestled in the WWE.

Murphy said some of the big names proposed for the con are easy to contact, and some are not.

“Some deal with professional agents, and they go through their agents just like they were booking a TV deal or commercial,” Murphy said.

Murphy already has his eyes set for next year’s Cape Comic Con.

“Dates are planned at the Osage Center next year, fourth weekend in April, bigger and more fun.”

To keep up to date with Cape Comic Con, visit their website at cape-con.com.