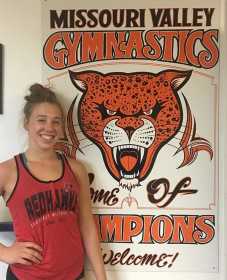 Marciniak, from Nixa, Missouri, and Tren, from Las Vegas, Nevada will join newcomer Anna Kaziska as part of the freshman class.

“Makenzie being one of the only in-state kids, this being my third year, there wasn’t a lot of Missouri kids being recruited,” assistant coach Chris Licameli said. “They were going other places outside of our state. With three programs of gymnastics in our state, we wanted Missouri kids on our roster and Makenzie fit perfectly.” 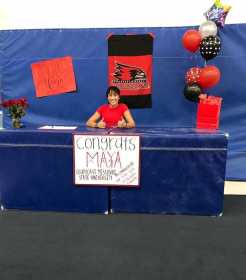 Makenzie will contribute to the team in both bars and beams, and has a work ethic that Licameli believes will take her far this season.

“She came to our camp and was a great kid at camp, and just personality wise and an extremely hard worker,” Licameli said.

Another talent comes from Tren, who looks to impact the team in multiple events this upcoming season.

“Maya will be able to bring three events: bars, beam and floor, and we’ll hope for vault as we get closer to season,” Licameli said.

Licameli said Tren was among one of the last gymnasts left to be added onto a team in the country.

“Maya, she was a very late bloomer,” Licameli said. “...I had searched late add-ons we could add once we got a new head coach, and Maya was one of the last kids in the United States of America that was available to come in for August.”

Tren looks to add value to the team with her talent and driven work ethic.

“Great bar worker, great swinger and long, elegant, beautiful lines, and she was always on top of the recruiting process and getting things done,” Licameli said.

With two new additions, Lawson is optimistic about her team and where the program is headed. She said her biggest goal is to rebuild the culture of the program.

“The main goal we have is building that strong culture where everybody is individually working together for that one common goal, whatever it may be,” Lawson said.