‘Our Town’ comes to our town 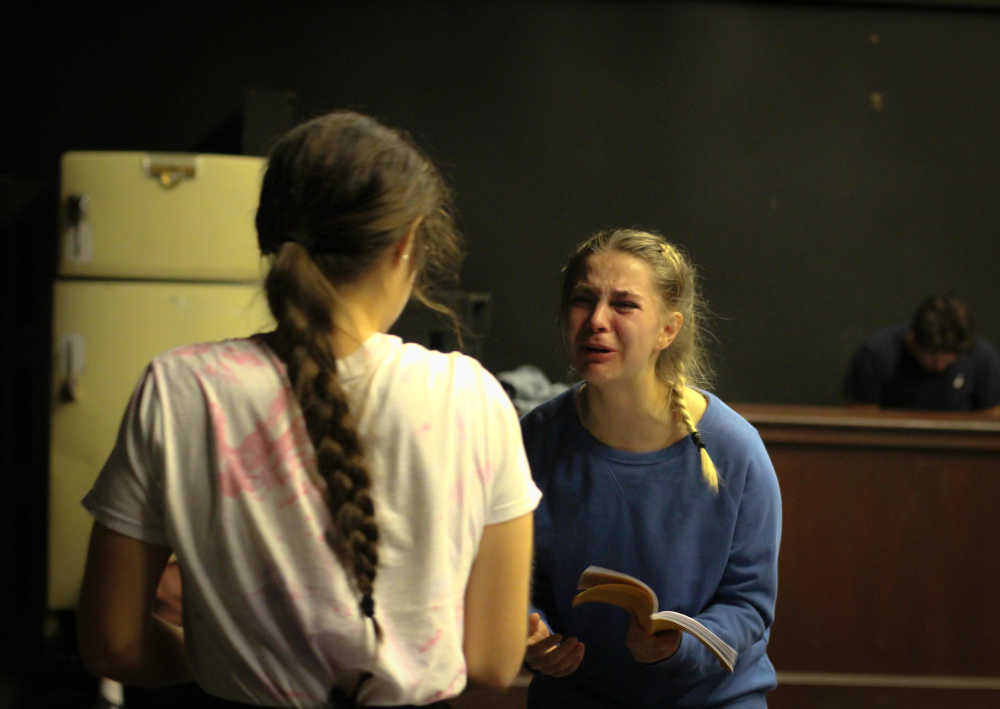 Stop and smell the roses this month with the Conservatory of Theatre and Dance in their production of “Our Town.”

Often referred to as the greatest American play ever written, “Our Town” tells the story about the universal human experience of life, love and death.

“This play is very much about not taking life for granted — slowing down and appreciating all moments in life, even the little ones,” Francesca Bucci, who plays the stage manager, said.

“Our Town” is a lengthy three-act play that has two intermissions scheduled. It explores the relationship between two young neighbors, George Gibbs and Emily Webb. As their friendship evolves into a romantic relationship, the story of their lives unfolds before the audience.

Bucci’s character serves as the narrator and helps guide the audience throughout the play. She said she speaks directly to the audience and helps them make connections by probing them with questions along the way.

In one scene, Bucci’s character asks the audience to remember the first time they fell in love and what that experience was like in order to get them thinking about the upcoming scene.

“One thing I love about this show is that it’s a show for everybody,” Cameron Smith, who plays Dr. Gibbs, said. “This is the only play I know that doesn’t have a target audience because everybody needs to learn these lessons.”

The play is set in the fictional small town of Grover’s Corners, New Hampshire, in the early 20th century. It was written by Thornton Wilder in 1938. The play will feature a minimal set, and heavy use of pantomime — a theatrical art in which the actor performs the movement of an action, such as opening a door, without any physical objects present.

“Wilder was saying in 1938 that people were losing the ability to communicate and connect to one another and notice what’s going on around them,” director and Southeast professor Kenn Stilson said. “It is even more relevant now, 80 years later.”

Stilson said what makes it more relevant now is the way people’s lives revolve around their technology, which is making it easier for them to avoid communicating face-to-face and taking the time to look at the world around them.

“I think people are going to be surprised by how real this show is,” MacKenzie Hamilton, who plays Emily Webb, said. “It’s a show that will really open your eyes and make you want to check up on the people you care about.”