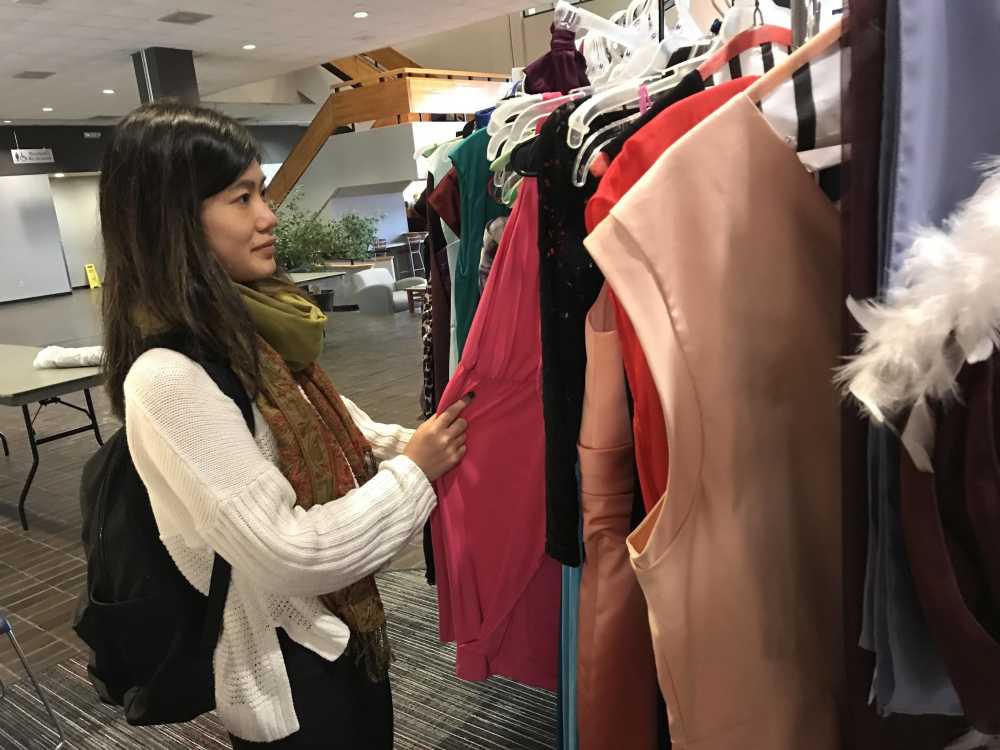 Graduate assistant for student involvement Karley Smith hosted the sixth annual Fancy That! Dress Sale along with SE Serves to raise funds for the Safe House for Women on Oct. 19.

The event was hosted at the University Center’s third floor.

SE Serves used the gently worn dresses that did not sell in their last event in January, but further reduced the dress prices at this event.

“We didn’t actually collect any dresses this year, these are just leftovers,” Smith said. “So that’s why we are having a flash sale.”

Prices ranged from $15 to $25 for the dresses in the past, but Smith said the prices were dropped to move the stock.

Sophomore Yuka Sugiura bought a dress for $5 before making a second trip to the sale.

“I really like it because I can come here with my friends so easily and I can stop by after class or before going to class,” Sugiura said.

This event also provides formal dresses at an affordable price. Smith said there were students who shopped for occasions such as Halloween and the VintageNOW fashion show, an event held Oct. 20 that also raised money for the Safe House for Women. 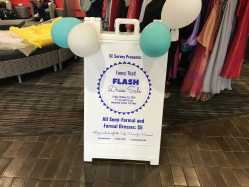 The next dress sale will follow the same “flash sale” concept as this semester’s.
Photo by Charles D. Hamilton ~ Arrow Reporter

There will be another sale in the spring semester at a date yet to be released.