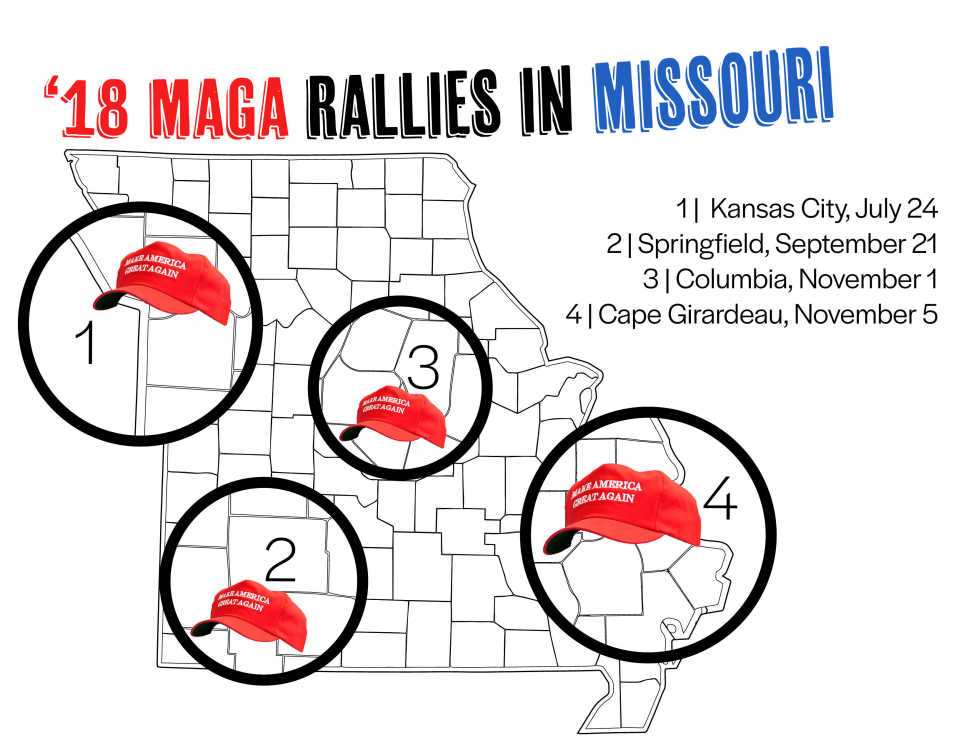 On the eve of midterm elections President Donald Trump will speak at the Show Me Center in Cape Girardeau to rally support for Republican candidate U.S. Senate Josh Hawley, according to the website Donald J. Trump for President, Inc. It will be the fourth MAGA event held in Missouri in 2018 — the third in as many months.

Southeast president Carlos Vargas sent an email to the student, faculty and staff stating that there is no university endorsement of the event. The email included information about employee political activity, freedom of expression on campus and the impact of the event. He said no final decisions have been made by Secret Service and White House Staff about expectations, requirements and use of Southeast buildings and facilities.

According to donaldjtrump.com where tickets are made available to the public, Trump is planning three stops on Nov. 5, first appearing at a rally in Cleveland and one in Fort Wayne, Ind., before traveling to Cape Girardeau.

Trump will speak in Columbia on Nov. 1 for the second of eleven consecutive MAGA rallies before appearing in Southeast Missouri. The Columbia rally, like the Oct. 27 Murphysboro, Illinois rally, will be held in an airport hangar.

When he spoke in Springfield, Missouri, in late September, Trump said although he is not on the midterm ballot, a vote for a republican candidate is a vote for him.

Doors open at 6 p.m. and the event begins at 9 p.m. Tickets are free and available to the public at donaldjtrump.com/rallies.