After Dark returns to Southeast 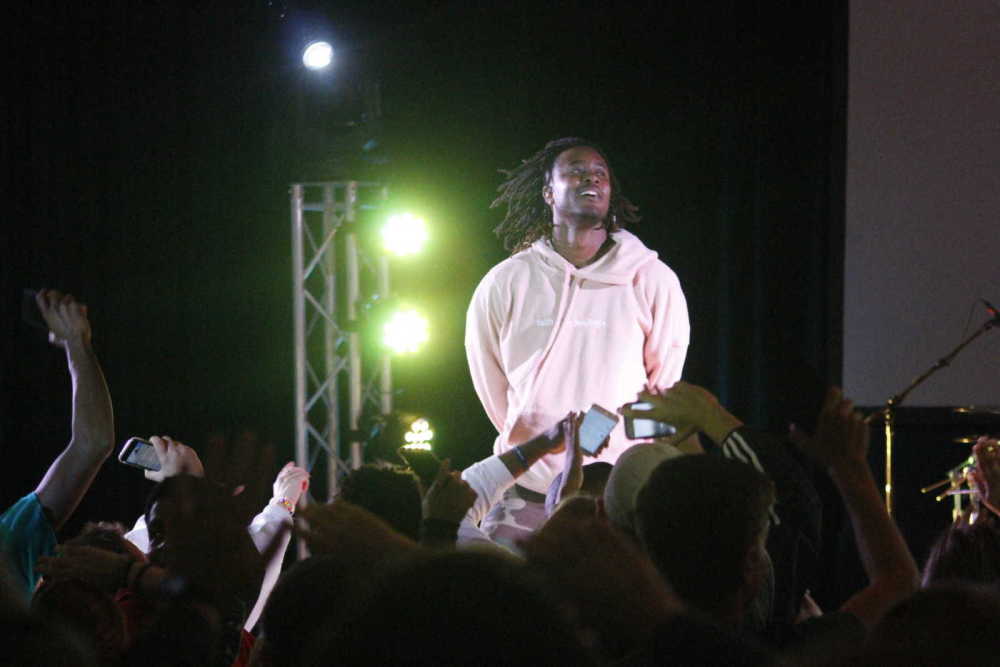 After Dark brought a blend of Christianity and music to Academic Hall on Oct. 25.

Several of Southeast’s organizations and campus ministries contributed into bringing the event back for its third time since 2009.

Former contestant of NBC’s “The Voice” and country music artist Corey Kent White opened the show. The reaction from the audience took the 24-year-old musician by surprise. Kent said he expected the audience to have no clue who he was and hoped he would be given a fair shot.

“Reality was, they were ready to have a good time, I think, regardless of who got up there. They were excited, you could feel it. As soon as I stepped on stage, you could feel the energy,” Kent said. “It surpassed my expectations and I'm looking forward to the next time that I get to come back to SEMO because it's been a great experience."

President of Kanakuk Kamps and veteran public speaker Joe White took the stage next and talked about the event’s theme: “Is Jesus relevant today?”

White carried a log down the aisle and up the stage, then chopped at it with a wooden axe as he spoke about the roots and beginnings of Christianity. He also played videos in the background, providing visual support to his speech while he constructed a wooden cross.

"I definitely got some goosebumps,” senior global studies major Madison Marshall said. “I've never seen anyone make a cross before on stage, and so it definitely was a new experience for me. I got to see the death of Jesus in a whole new way now; that was really cool."

For the closing act, hip-hop artist Kevin Elijah Burgess, also known as KB, got the crowd on its feet with his spectacle. The crowd called for an encore so he came back and performed one last song.

Marshal said she has seen KB perform on stage four times before and she never misses a chance to see him.

After Dark has students, whom they refer to as quarterbacks, at multiple universities across the United States.

Director of After Dark Geoff Todd said they compare themselves to the coaches who put the quarterbacks into position to assist them with managing teams of students on their campus.

Southeast’s quarterbacks are senior and marketing major Blake Henson and computer science major Nathan Higgins. Henson said they got recruited in May when they worked for the Kanakuk summer camp.

“We both said that this was something that we thought could be valuable and impactful,” Henson said. “We really just had a passion to see the culture at SEMO change in a hopeful direction, so we both volunteered our time to making it happen.”

Todd said the After Dark team started Southeast’s project back in August.

Henson said this was the hardest thing he has ever done with all the unexpected meetings and the amount of hours invested in conversations to make an event of this magnitude happen.

“Last night made it worthwhile,” Henson said. “I would do it over again in a heartbeat.”

Henson said if the event impacted one person then his effort was rewarded.

After Dark will be spreading its message next to the University of Texas at Tyler on Nov. 6.