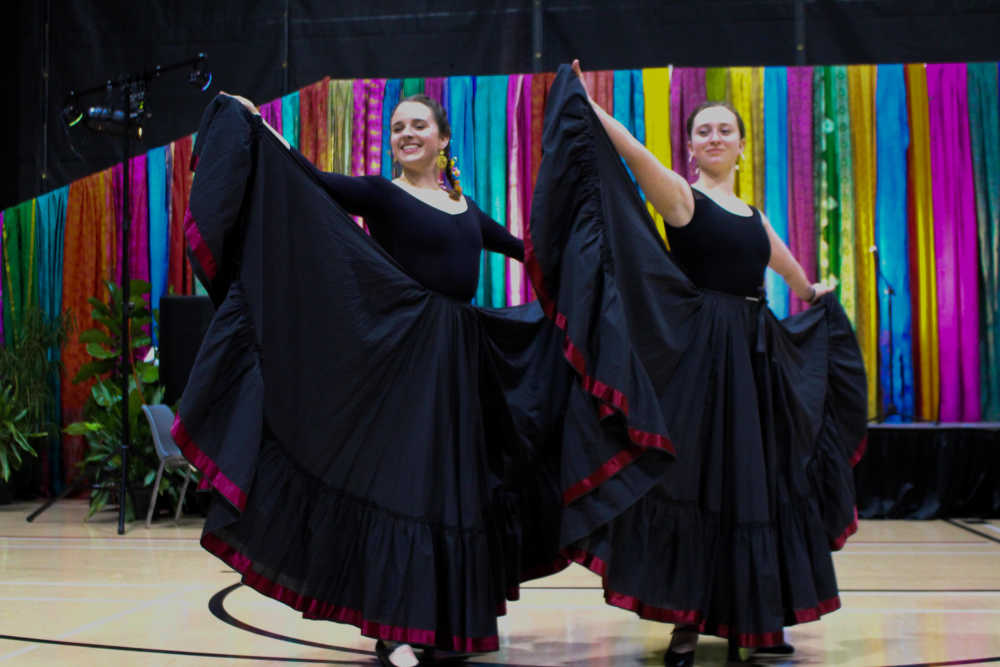 Students across campus gathered in the east gym of the Student Recreation Center on Oct. 27 for "Carpe Diem,” an event filled with diverse foods, clothing, music and dancing.

A variety of countries were represented, including Kenya, Saudi Arabia, Japan, India and many others. Students were able to walk from booth to booth to try out food samples, look at pictures and talk to international students personally about their homes.

Tiffany Comfort, who helped organize the event, said it was estimated more than 700 people attended the event.

“Southeast currently boasts students, faculty and staff from over 65 countries, and about half of them were highlighted during Carpe Diem 2018,” Comfort said. “Through exposure to different languages, food, music, dance and fashion, guests will appreciate and celebrate diversity.”

A buffet of foods from all over the world was served by Chartwells, with things such as Japanese-style fried chicken, Tunisian Tajine, Borscht and Thai mango sticky rice.

Ekhlas said her first dance was a cultural folk Tagore song. Rabindranath Tagore is a very famous writer and poet of her country. The second dance was done to pay a tribute to the three million people who fought to protect their mother language, which is Bagla. In 1971 Bangladesh got independence from Pakistan, and this dance was to celebrate them. The third performance was to honor the vision of Sheikh Mujibur Rahman, the father of the nation of Bangladesh, to create golden Bangladesh, and the growth of Bangladesh from 1971 to 2018.

While tradition played a huge role in the night, so did modern takes on their cultures as well. Priya Cramer, Vishanth Henry and José Andrés Mińo Lara performed songs from the movies “Coco” and “Moana” in English, Spanish, Samoan and Tokelauan.

“Hopefully guests will come away with the desire to learn more about other places and cultures,” Comfort said.

Carpe Diem was started by the Office of Residence Life in 2010 and eventually became an annual fall event. In 2017, the Office of International Education and Services took over the event. This year’s event was put on by Campus Life and Event Services.