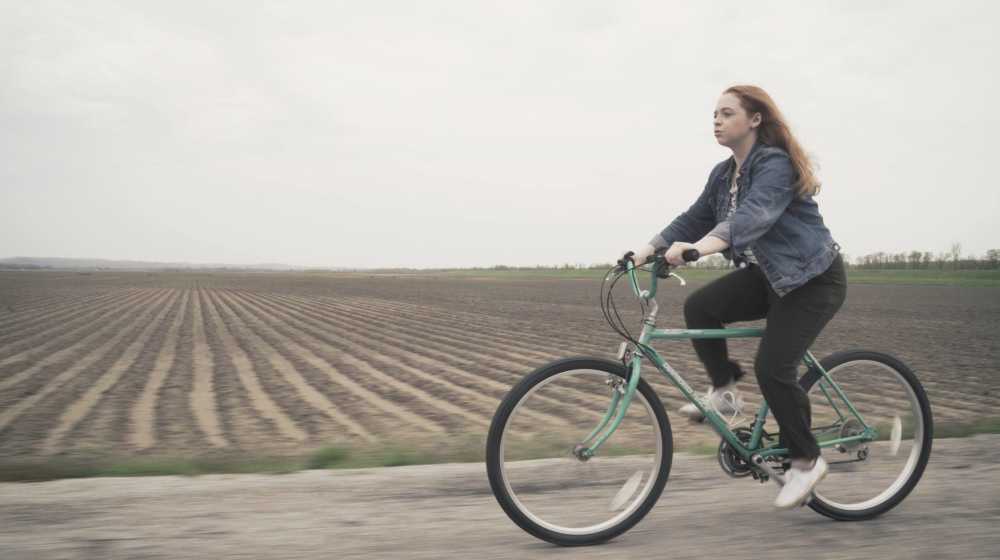 Southeast senior Anna Alexander as Ivy in the student made short film “Ivy” that won Best Drama at the Fault Line Film Festival on Nov. 9.
Photo submitted by Brady McDowell

The short film “Ivy” took just over a month to create from start to finish, it required long nights, hard work and some dangerous and suspenseful moments — and it recently won Best Drama at the Fault Line Film Festival on Nov. 9.

The four-day festival gives young Midwest filmmakers the opportunity to showcase their talent. Senior TV & film major Brady McDowell, who worked on the film, said Fault Line is an opportunity for exposure and festival experience against intense competition.

“You learn a lot just from seeing all the amazing films that are shown the whole weekend because there's so many great ones,” McDowell said.

“Ivy” highlights the complex relationship between two characters, Ivy and Leo, in its 12 minute run-time. Leo revisits his former girlfriend Ivy after having previously left her with a set of letters. Ivy does not get the answers from him that she is seeking as to why he left in the first place — Leo ends up leaving Ivy with an unwanted surprise.

McDowell co-directed the film with fellow TV & film students Anna Alexander and Branson Cusack, who has since graduated, although she said there were five people on the cast and crew including sophomore Kamron Underwood, who played Leo.

“For 'Ivy,' Anna, Branson and I kind of just randomly decided that we wanted to do the film together for class,” McDowell said. “We didn't really know each other at all very well.”

The team hit the ground running with ideas in early April. They hit some creative blocks, but these did not waver their commitment to their vision for the film.

Alexander said in the midst of coming up with an idea for the film, words of wisdom from mass media professor Fred Jones came back to her.

“Professor Jones has always said, ‘You need to tell a story. You can’t just come up with whatever you like and hope that it works,’” Alexander said.

Once the film's vision had been finalized, Alexander conceived a script with some help from McDowell. Alexander ended up playing the role of Ivy in the film, although she did not initially intend to act in the film.

After their original plans for who would play Ivy fell through, Alexander was the obvious choice for McDowell and Cusack.

“So we kind of scrambled with coming up with someone else to do it, and Branson and Brady looked at me and said ‘Well, you basically wrote it and you could do it. We think that you would be a great fit,’” Alexander said. “It was more of a sacrifice than it was a choice. With that being said, I don’t think anybody could have done the role the same as I did.”

While Alexander played one of the main characters in the film, Cusack was the one behind the camera and helped McDowell through the editing process.

Alexander said that while the entire team put immense effort into the film, McDowell was the most committed.

“I can’t stress how much work we all put into it, especially Brady,” Alexander said. “If Brady wasn’t helping me, she was working with Branson editing the films and making sure the shots were everything we wanted them to be. She put in the most effort, I believe, out of everybody in the project.”

A level of danger was added to the production when they decided to use Inspiration Point as the setting for a couple of key scenes. At its peak, the popular travel destination rises some 150 feet above the river valley.

“[Alexander] had to be sitting reading these letters on the cliff pretty much and then Branson was filming it and I was holding Branson trying to make sure that nobody fell,” McDowell said. “It was terrifying.”

McDowell noted the satisfaction of completing the film.

“It's just one of my favorite things that I've ever done, I think,” she said. “It was just very rewarding because we did work very hard. And it's just nice to get recognition for all the time you've put into something and just to be shown with all these other amazing films, it was just such an honor.”

Alexander said she was melancholy that this Fault Line was her last, as she has attended the gala every year of her college career. The senior also said after all of the hard work they put into the film, the greatest part was getting to see it screen at the festival alongside their families.

“We planned for this for so long, and when it was finally there it was so awesome to have everyone you cared about there to see the creation you’ve been talking about for so long,” Alexander said.

McDowell said the several weeks that the team worked on “Ivy” were packed with long nights and relentless work on making the film happen — but she loved it.

“I think just from start to finish, we all were so optimistic and excited and had all these ideas,” McDowell said. “I just couldn't have been happier with the whole experience. It was great.”