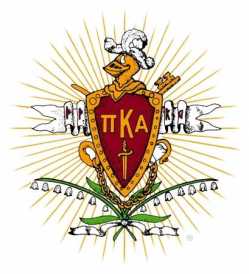 Dean of Students Sonia Rucker ruled Nov.1 that Southeast fraternity Pi Kappa Alpha, commonly known as PIKE, is under suspension from the university until Feb. 1, 2019.

Suspension involves separation from the university for a specified period of time or until certain conditions are met. Pi Kappa Alpha is not allowed to participate any activities related to Greek life.

According to the Southeast Missouri State University Statement of Student Rights and Code of Student Conduct, suspension of a fraternity prohibits all activities and participation in university-related programs as an organization for the length of the suspension. The organization ceases to function as an organization and can only conduct business approved by Rucker or her office.

“We had multiple allegations against our organization and members of our organization,” Pi Kappa Alpha chapter president Sean McDowell said. “Once those were compiled the university decided to take action against us.”

According to the Greek Life Student Organization Conduct page on the university’s website, the fraternity has violated five sections of the code of student conduct pertaining to alcohol during the current fall semester.

Pi Kappa Alpha already had been placed on probation for a non-alcohol violation occurring March 2, 2018.

“The university has taken cases in the past, as far as what recently happened with fraternity’s and organizations being put on suspension, and they looked at our violations and compared them to the other cases and then made their decision,” McDowell said.

According to the website, Pi Kappa Alpha’s fifth violation was the violation of federal, state or local law, on or off campus, which adversely affects the campus community.

From Feb. 1 through June 1, 2019 the fraternity has since been placed on suspension held in abeyance with a university behavioral contract, according to the website.

New members can not be initiated until after Feb. 1, McDowell said.

Probation indicates that the student is no longer in good standing with the university. If during the length of the probation the members of the organization are found in any further violation of the University Code of Student Conduct, a more severe disciplinary sanction may be imposed, including suspension or dismissal.