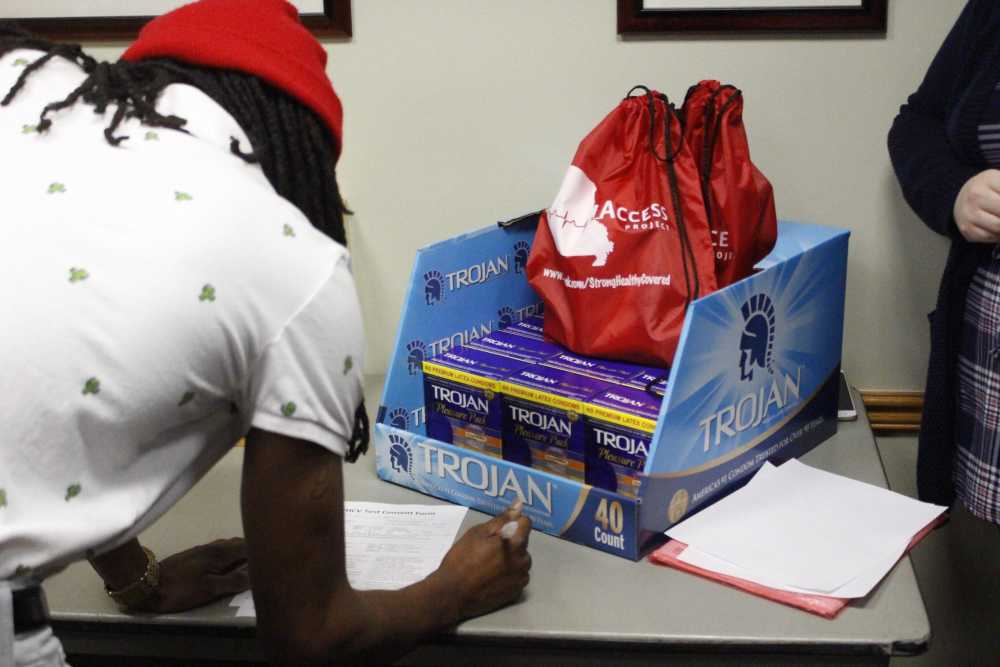 According to the event’s pamphlet, World AIDs Day, held on Dec. 1 every year since 1988, is an international day dedicated to raising awareness of the AIDs pandemic caused by the spread of HIV infection and mourning those who have died of the disease. Government and health officials, nongovernmental organizations and individuals around the world observe the day, often with education on AIDs prevention and control.

This is the third year this event has been held at Southeast and it came about to raise awareness to students by providing free HIV testing and free condoms as well as valuable information to help educate the students on campus.

Butler County Health Department services 21 counties including Cape Girardeau. Their department is the only one that provides rapid tests. Most rapid tests are antibody tests. HIV antibody tests look for anything from antibodies to HIV in blood or oral fluid.They use rapid testing to increase the early detection of HIV infection for those infected. The test prevents HIV infection for those at risk as well as decrease the transmission of HIV from those infected. In general, antibody tests that use blood from a vein can detect HIVsooner after infection than tests done with blood from a finger prick or with oral fluid.

LGBTQ+ education graduate assistant Grayson Belling held this event with one goal in mind and that was to better educate college students.

“In college people are exploring new things and are not being safe about it, so we need to be safe and get tested and know if you have a disease or not because you don’t want to be walking around and infecting other people,” Belling said.

There was a showing of the musical ‘Rent’ which fits into raising awareness for HIV/AIDs. ‘Rent’ is a musical based in the 1990s about a group of New Yorkers struggling with their careers, love lives and the effects of the AIDs epidemic on their community.

Belling thought the movie was a good fit because of the message behind the musical.

“I fell in love with the movie ‘Rent’ a few months back; I like the intersections that it talks about,” Belling said. “They have a trans character, people of color, and it is a cool way to show how AIDs are affecting our nation, or how it was, especially in the ‘90s.”

Omicron Pi Chapter of Delta Sigma Theta has assisted in raising awareness every year and this year was no different.

Delta Sigma Theta president Mikayla Richardson said it is especially important to raise awareness in the black community because it has been and continues to be a prevalent issue.

"As a black greek letter organization who caters to the black community, it is important that Delta is a part of World AIDs day to raise awareness to our people especially," Richardson said.

Southeast senior Bryana McDowell took advantage of the free opportunity and encourages other students to do the same.

"You should not be scared to know your status; you should want to know it," McDowell said.