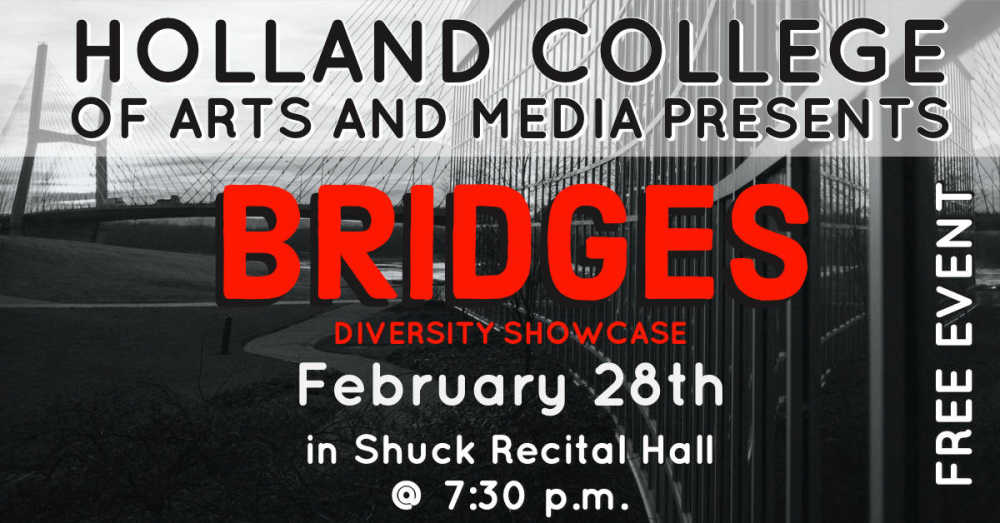 Southeast Holland College of Arts and Media is presenting dance, music, and theatre showcase called, the HCAM Bridges, on Feb. 28 at Shuck Recital Hall on the River Campus

The month of February is the celebration of Black History Month, and March is Women’s History Month — this showcase is a tribute to both forms of diversity from minority students on campus.

“That’s why we are calling it ‘Bridges’ because we are at the end of the month and we are bridging the two months together and those themes,” Buck said.

This is the first year of this college’s existence and Tamara Zellars Buck has noticed a lack of diversity in the college itself.

“There’s only a small group of racial and ethnic minorities in the college from both a student and faculty perspective, so some of us came together and said we needed to address specific needs and created a Diversity Committee,” Buck said.

Faculty and staff thought of ways to show a diversity perspective within the college.

“As we were talking about how we could support each other curricular in terms of creative production, we said it would be great if we put together a showcase,” Buck said.

Buck said she plans to create illustrations of some of the members of the National Association of Black Journalists as they talk about the intersection between being black and being a woman.

“They will play in between each of the performances that’s happening and that will be our contribution since we are not in sort of a traditional sense ‘the arts.’ That way we are bringing arts and media together,” Buck said.

Anthony Shepard, the only student representative, along with six faculty members on the HCAM committee, expanded on what HCAM Bridges is showing.

Shepard went on to explain how HCAM Bridges gives the opportunity for collaboration.

“It allows faculty to collaborate, it gives the students a chance to see faculty collaborate,” Shepard said. “ It’s just a chance for people to see different art that doesn’t get as much of attention as our white counterparts do in the media.”