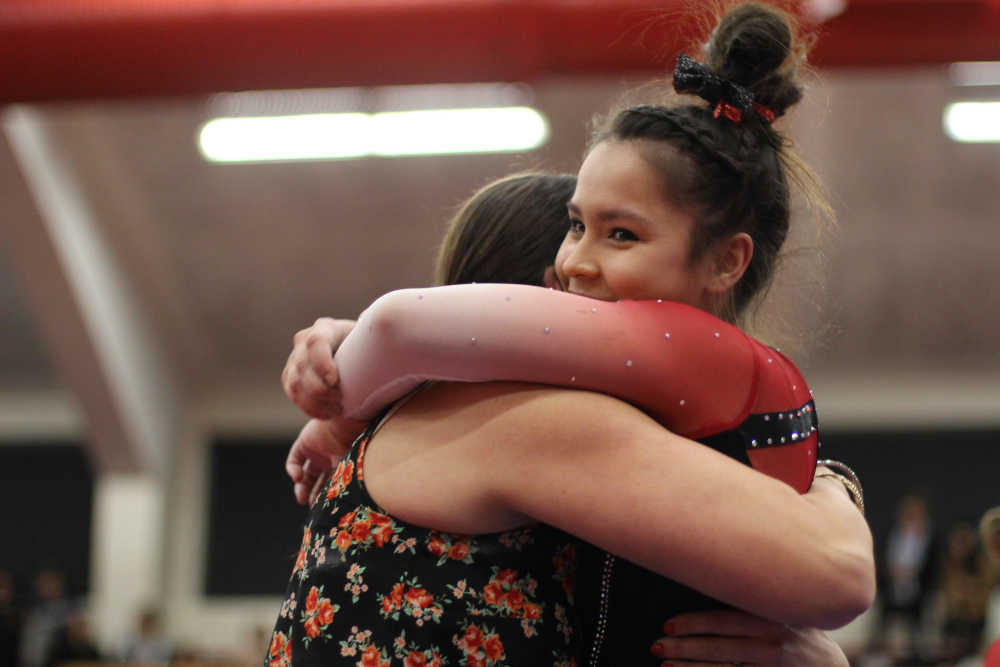 The Southeast Redhawks lose 188.8751-191.900 against University of Pennsylvania at their third home meet of the season on March 1.

The Redhawks secured the top three all-around scores of the night. Sophomore Michael Sanders took home third with a total of 37.150. Top two were held by sophomore Alana Fischer with 37.700 and freshman Anna Kaziska with 38.500.

“I was ready to redeem myself from last week because I did have a tough competition so I was really eager and ready to motivate myself and improve my scores,” Fischer said. 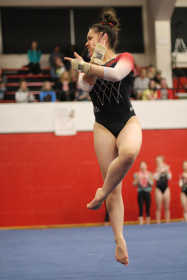 The Redhawks weakest event of the night was bars with an overall score of 45.625. Kaziska tied for second with University of Pennsylvania’s Libby Garfoot with a 9.700. Claiming first on bars was the Quaker’s, Jordyn Mannino.

“There were a lot of mishaps, but instead of letting those sink and struggle they picked up the pieces, building on each personal success.” Southeast Coach Ashley Lawson said.

Sophomore Gabrielle Adams was the Redhawks lead scorer on the vault with a 9.700 and coming in second on the apparatus behind the University of Pennsylvania’s Sydney Kraez.

Kaziska also came in second on the beam behind the Quaker’s Natalie Yang.

While the Redhawks have so far failed to capture a win they continue to improve every meet. “Everybody brings something unique to the team. We all come from different backgrounds and have different personalities and beliefs but to watch them come together and have that one common goal I think is something amazing to see. Even the character of the team that has been built over the last 13 weeks has been really, really amazing to watch and inspiring to see them do that.” Lawson said.