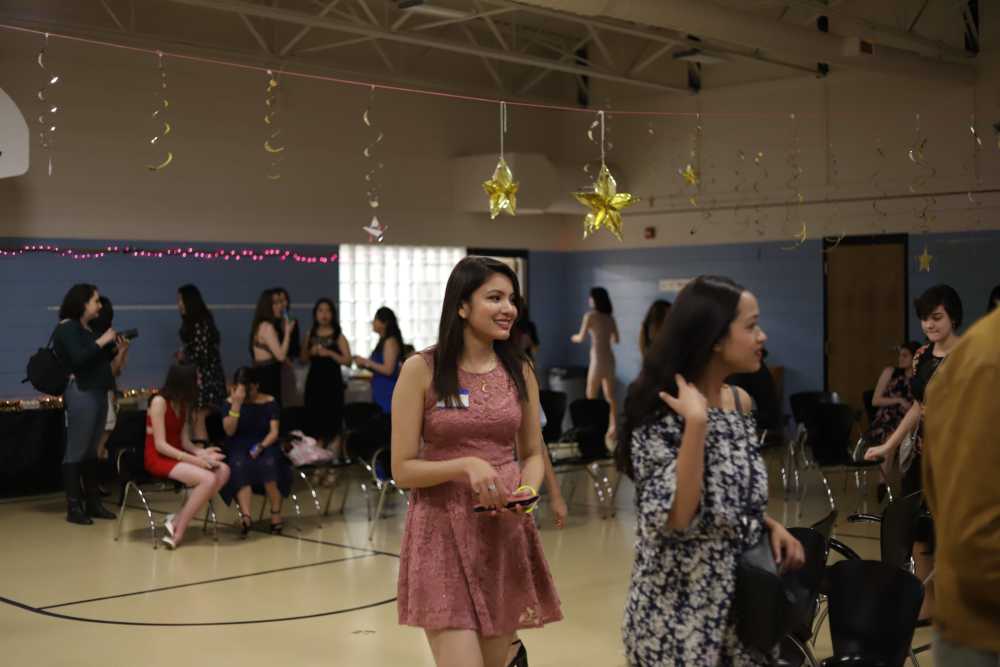 The International Student Association (ISA) held its annual prom on March 22 at the new International Village. The theme of the prom was a Starry Night.

“We tried to make it as much as possible like a prom, of course, high school prom is different than what we had but it was more of an experience of what prom is,” ISA president Avradita Mukherjee said.

Most international students have never experienced a prom.

The annual prom is an opportunity for both international and domestic students to get the chance to engage with one another and make new connections. A speed-friending segment was held during prom so everyone could get out of their seats and interact with one another.

Mukherjee said she wanted this event to help bridge the gap between international students and domestic students. 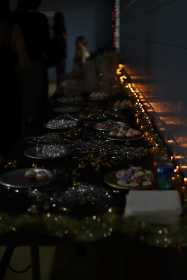 There was a photo booth area with props for students to take photos as well as a table for refreshments and name tags. The decorations represented the theme of the prom as they turned the lights out and handed out glow bands for everyone to have.

Like a traditional prom, there was music involved. Students gathered to the middle of the room to dance together, there were songs played such as “Cupid Shuffle,” “Cha-Cha Slide” and the “Macarena.”

At most proms, there is always a prom king and prom queen announced at the end of but this prom was different.

“We didn’t want to just pick one person for the prom queen and prom king I know that’s like a prom culture that usually happens but later on we figured out everybody is a prom king and prom queen,” Mukherjee said.