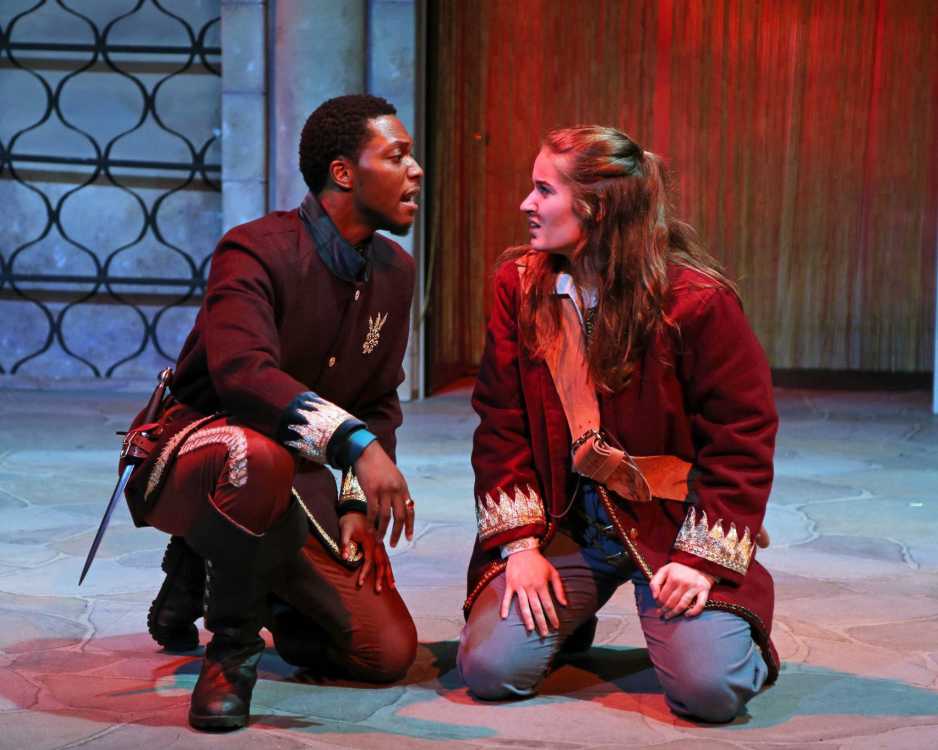 After months of preparation, rehearsal and practice, students at the River Campus premiered their adaptation of William Shakespeare’s Othello on April 24.

The tragic downfall of the Venetian general was adapted to fit director Bart Williams’ vision to add more complexities within the play.

“In choosing this play for the season, the goal has been to cast assumptions aside and approach the text as if for the first time, as if it were a new script,” Williams said. “What has emerged in rehearsal is Othello is not a historical treatise. It is a story about real people caught up in the war as well as with the human foibles that infect us all. This play is about family, Williams introduced a unique twist to the story in the prologue. By casting males to play female characters and females to play male characters, Williams gives a new commentary on gender roles.

Usually, Othello productions only cast one black individual in the show to play Othello. Williams’ adaptation not only has two black leads, but other people of color were included in the cast, as well.

The set was also designed, constructed and conducted by students. The set had a modern look but gave audience members a taste of Venice and Cyprus in 1599, Williams said. Different shades of greens, blues, purples and oranges danced on the walls of the theatre during scene shifts and internal dialogue.

“Just as all the actors on stage have collaborated with designers and crew to create this performance that gives you the illusion that what is happening on stage is real,” Williams said. “How this antique story affects you is part of the show.”