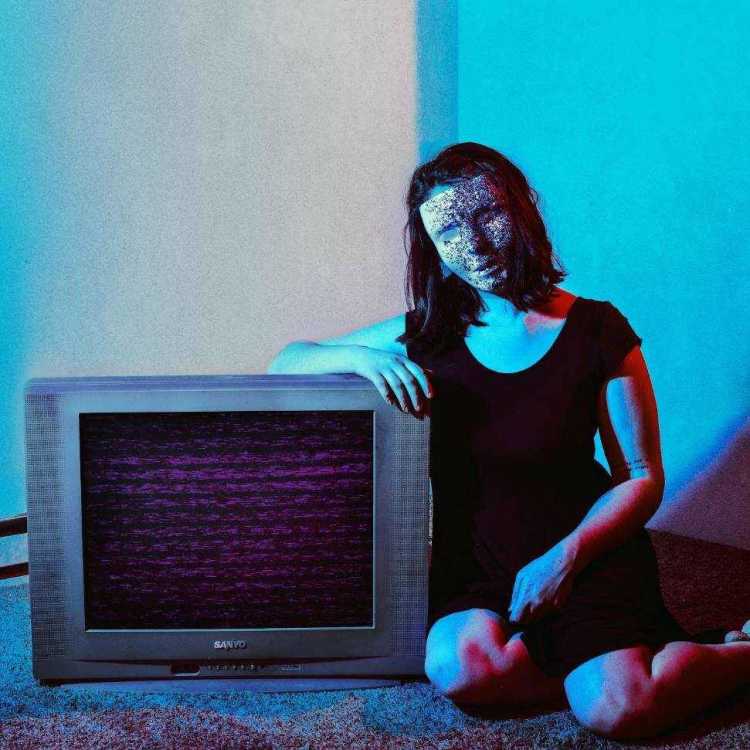 The “(Un)Masked” art exhibit by senior Haley Hutchison showcases a series of photographs she took of masked images she created. It was on display in Catapult from April 8 to May 3.

The idea for the exhibit originated when she tried to submit her first piece of art for display at the Cape Girardeau Public Library. They wanted to display her work, but told her she needed more art to go along with it in order to do so.

Hutchison said the inspiration she used for this exhibit came from a photo taken in one of her previous classes.

“I had taken a picture using a mask and realized I could use masks in all the photos, but use them in different ways to portray different emotions,” she said.

She completed the entire “(Un)Masked” series in July 2018 and had her first showcase for it in the Cape Girardeau Public Library from July 30 to August 25.

“I had to create enough artwork to fill those walls, it was intimidating,” Hutchison said. “I was worried I was not going to be able to think of anything good enough to be put on display, but once I got started, things fell into place.”

She said the thought process for the “(Un)Masked” exhibit started with a sketchbook. She wrote down key components that needed to be displayed in each picture, then she sketched out each mask and which materials would be placed on them.

Hutchison treated the masks as a blank canvas.

“Each image represents something different — anxiety, fear, hope and other emotions I deal with,” she said.

Hutchison said she uses the masks to help depict the emotions instead of using them to hide their identity.

“I altered each mask to show identity by using different materials to help tie in each concept,” she said.

Her mom hand-built the frames for each picture.

Hutchison said she wanted to make it more personal by doing so.

“I purposely placed different masks next to each individual image, rather than placing the same mask in accordance,” she said. “This allows the viewers to find the mask that goes with each image and it makes it more interactive.”

Her piece labeled “No Signal, Please Standby,” was her favorite one to create.

“It is the most personal to me; it deals with anxiety and feeling disconnected from everyone,”

Hutchison said. “I used the television with static as a way to show the disconnection, and the glitter on the mask also mimics the static.”

All of the images are digital photos taken with her DSLR camera.

“My goal is to continue down this path by creating conceptual work, create work that puts a visual of things together that I don't express well verbally,” she said. “From there I would like to create a larger body of work, receive gallery representation and eventually do commercial work for clients.”

She said the display in Catapult portrays the things she personally deals with, and the use of the color is vibrant to help express the thoughts going through her head.

“I tried to focus on my own original idea rather than draw inspiration from someone else, this way it would specifically render my own thoughts and ideas,” Hutchison said. “I did not want to have to worry about how others do their work, rather focus my own.”

She said she has had people show interest in purchasing some of the images on display.

“I receive support from my friends and family, but the messages I have received from other people who have seen it and told me how much they enjoyed it make me feel more confident in my work,” she said. “They give me hope that I could make it out in the real world.”