Mural to be painted on The Indie House in Downtown Cape 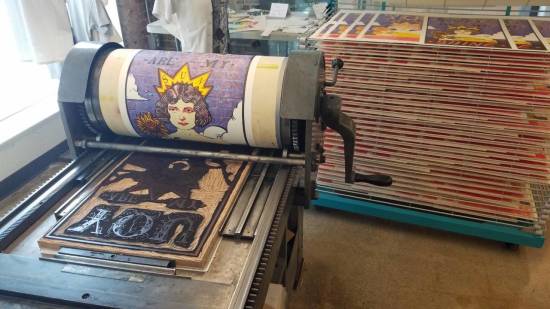 Southeast Alumnus Terry Davis plans to paint a mural on the east side of The Indie House in Downtown Cape Girardeau starting Oct. 7.

Davis developed his passion for art at an early age through his interest in comic book culture and cartoons, which often reflect the artwork he creates now.

Davis has done other large-scale local artwork including a piece at the Jackson Riverside Regional Library, and regularly creates at Ohio University where he is a graduate student.

Davis worked with Laurie Everett — owner of Annie Laurie’s and The Indie House, a community-based creative space — to design an image that represented the character of her businesses.

Everett explained what prompted her to have a mural painted on The Indie House was the legacy artwork holds in the downtown area.

“If you walk around Downtown Cape, it's easy to see our history of great mural art,” Everett said. “From the Coke sign by Port Cape to the music heritage sign on the side of Shivelbines, I really wanted to continue the tradition of putting art at the forefront of downtown Cape Girardeau. It's important, and more art is never a bad thing.”

The creative process took two weeks and was first drawn by hand then transferred digitally to create various mock-ups through Photoshop.

Davis said he used the atmosphere of the stores as well as Everett’s personality as inspiration when creating the image.

The soon-to-be mural features a 1920s flapper-style girl wearing a crown, holding sunflowers in front of a background of brick and clouds with the words ‘you are my sunshine’ boldly incorporated as the focus of the piece.

Davis explained what is unique about the creation of murals compared to traditional fine artwork is the public’s involvement.

“It gets me really excited to work with community members, especially to make something that is going to last, that's going to be part of the history of the community,” Davis said. “Maybe it could even inspire people to think about things in a different way or just consider art in their towns.”

Similarly, Davis said his favorite part of creating any mural is the room it gives him to socialize with and engage the community.

“I always have a lot of good memories of murals in the past where I've just been met with community members who come and talk to me about what the image I’m making reminds them of, and I think those stories are some of the most fun parts of it,” Davis said.

Two hundred posters of the mural image were also created through screen printing and sold at Catapult Creative House with the money generated from sales going directly to future educational funding and support of local businesses.

“The idea behind that is that there's a piece of the mural that anyone within the community can be a part of,” Davis said.