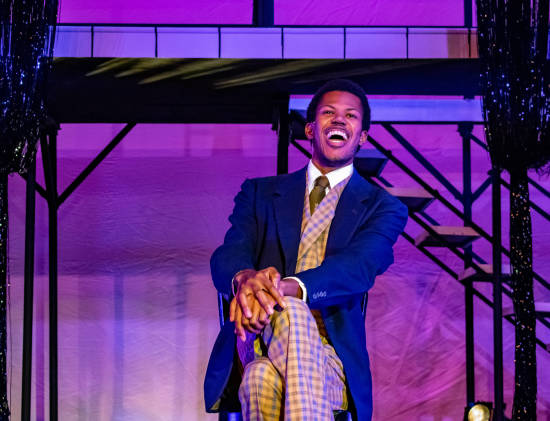 Southeast’s River Campus went back in time with the adaption of “Ain’t Misbehavin’” at Rust Flexible Theatre on Oct. 10 through 13.

The Fats Waller Musical inspired show takes the audience back to Harlem in the 1920s and ‘30s. It is a tribute to black musicians during the Harlem Renaissance, a time of creativity, ethnic pride and cultural awareness.

Instructor of Musical Theatre and Pianist Joshua Harvey said the Second Stage Series is a show done on a budget, using only a piano, and a way to highlight more students who don’t always get lead parts.

“We are always looking for second stage musicals. It has to showcase a different part of our school,” Harvey said. “It’s kind of pedagogical, it’s teaching students how to put on a show with literally no money.”

Senior Cynthia Thomas said acting in the show will be something she takes throughout her career.

“The impact this show has had is taught me to embrace my own black, we all show different versions of what that means to us,” Thomas said. “On this stage, my character is not the same as any of these others, and that’s because that’s me. This show has taught me that this is me and if you want me, you got to know that there is no other version.”

Senior Merritt Tressler said she attended the show to show her support for her fellow theatre students.

“I know pretty much everyone in this show, so I wanted to come out and support them,” Tressler said. “Also it’s a different style of show, I’d never really seen anything like this before so I wanted to experience a new type of theatre.”

Sophomore Becca Peach was impressed with how the actors were able to sing, dance and still make the audience laugh.

The show was sponsored by Southeast’s Office of Institutional Equity and Diversity and produced by Dobbins Conservatory of Theatre and Dance. The on-campus chapter of the National Association of Black Journalists hosted a post-show panel discussion with the cast and director, Daryl Clark Kent, after opening night.