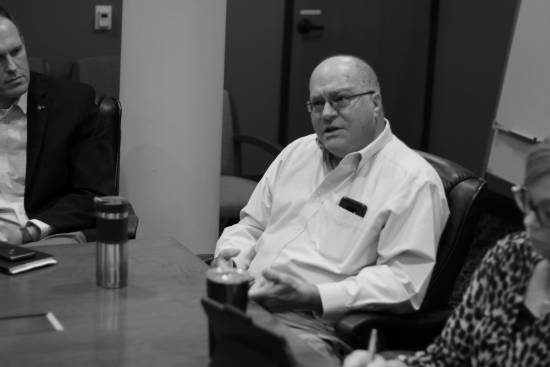 The university is continuing to determine whether past academic reconstructing changes will be able to keep driving the institution in the right direction.

Following large-scale academic restructuring since Fiscal Year 2017, the Southeast budget committee aims to evaluate the success of old strategies used to determine whether they will be able to meet the school’s $4.28 million budget need for the fall 2019 semester.

Following lowered enrollment, a state budget reduction detrimental to the university's overall operating budget and multiple other financial variables, the university was forced to take action to balance the budget.

All programs across the university were forced to find ways to operate on a smaller budget. Colleges were merged together, and some were eliminated. Many of these changes have taken place in the past two to three years but are continually monitored by the administration.

Mike Godard has served the university as provost since July 2019. A large part of Godard’s role is to ensure the school’s academic system is aligned with budget needs. Shortly before leaving the position, then-Provost Karl Kunkel established five new colleges in 2017.

When asked whether he believed past changes were ultimately successful, Godard explained it was too early to tell.

Godard believes the school needs three years after making such rampant changes before being able to conclude the impact of severe budget changes.

Despite past changes, Godard doesn’t anticipate any more large-scale academic changes in FY20.

“We need to be very fluid in terms of looking at our budgets and looking at how we deliver academic programs and services across campus,” Godard said. “I will say that having some stability once you do have a major restructuring on the academic side is important so that we don't start to kind of lose some of the identity in some of those areas.”

When a major or program becomes identified by the university as a high-cost program, it is subject to additional fees to take courses or enroll in the program.

“[We evaluate by] making sure that we continue to offer the program or those programs and meet the cost of offering those programs as part of our budget process every three years,” Mangels said.

She also said this reclassifying of programs is continual look at a three-year average of cost when evaluating programs.

“[We do this] as part of being fiscally responsible and making sure that we can continue to offer the program,” Mangels said.

Redefining the majors as a high-cost program to increase revenue is just one of many cost-saving measures the university has employed in recent fiscal years.

Even though the funds return to the university she said it still benefits the department because they do not have to dip into their own budget to cover unforeseen costs.

Because of this change, the university chose to appoint new interim deans through the alignment of numerous departments. Hamner Hill, the former chair for the Department of Political Sciences, Philosophy and Religion, was named interim dean for the new College of Humanities and Social Sciences.

Hill said the restructuring of departments and programs on campus was a long process, and therefore, decisions had to be made carefully when moving money between departments after the large-scale restructure.

“It was a long complicated process, figuring out how you were going to merge two units that are physically discrete,” Hill said. “Frequently, the departments were not in the same building.”

After budgets were merged, cut and ultimately shifted, deciding where to distribute funds following the restructuring was another challenge that presented itself, Hill said.

After shifting money through programs and salary positions, Southeast also discussed committing to $1.01 million in expense reductions, as this would include roughly $264,000 in reductions by reorganizing academic affairs beginning in FY19 and moving into FY20.

The budget committee reviewed all programs and departments to calculate the cost per student credit hour of instruction for providing a program, Mangels said.

“We were looking at those programs where the cost to offer that program per credit hour exceeded 150% of the average or exceeded the tuition level,” Mangels said.

Mangels referenced the school’s evaluation of program costs comes from the perspective of “The National Delaware Study.” The University uses the study results as a contributing factor in getting the best results when looking at academic programs and cost, she said.

“You look at your academic programs and you calculate what is that cost per student credit hour of instruction of providing that program,” Mangels said.

Mangels said if a department is in need of hiring or replacing faculty members, that would not be an expense with which individual departments would need to concern themselves.

“When we hire them in, perhaps we have to offer a little bit more in salary. The department individually is not having to take money out of their operations or equipment to fund that,” Mangels said.

When restructuring departments to find the best margins of cost, this helps provide a “safety net,” for the university budget Mangels said.