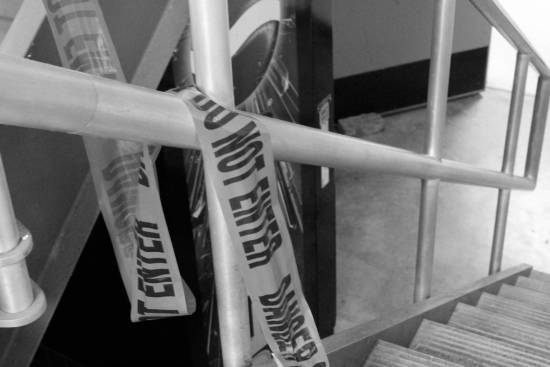 Several buildings across campus at Southeast have been closed since 2015, and high renovation costs coupled with declining enrollment have rendered these buildings shuttered until further notice.

The Art Building, the oldest of the offline buildings, closed its doors this summer after a burst pipe flooded the first floor. Cheney Hall has been fully shut down since 2017 for structural issues, while Dearmont Complex and Henderson Hall closed down over the summer due to decreased need for student housing.

All of these buildings, which total more than 150,000 square feet of campus, have been rated in poor condition by the university master plan, which is a campus-wide plan that recommends renovations and improvements to buildings and parking areas all across Southeast over a ten-year span.

The university master plan was created by The Lawrence Group and accepted by Southeast in December 2018. Creating the plan was a 30-month process that included over 70 meetings. It runs through 2028 and covers 58 total recommendations for new construction, renovations, demolitions and road work. The estimated cost for all of this, which estimates yearly inflation, is over $239 million.

“There were 13 buildings noted in poor condition,” Rowbottom said. “and 29 listed in below-average condition.”

Buildings with a below-average condition, also known as a “Rating 2,” included Houck Field House, Kent Library and the University Center.

The four buildings mentioned earlier — the Art Building, Cheney, Dearmont and Henderson — all were included in the 13 buildings given a “Rating 1.”

The Art Building was constructed in 1902 and is the oldest building on Southeast’s campus along with Carnahan Hall. In June 2019, after the first floor and elevator pit were flooded from a burst pipe, the Art Building was shut down, forcing classes held there to relocate to Pacific and Carnahan halls.

According to a capital initiatives document maintained on the Department of Higher Education and Workforce Development (DHEWD), the Art Building has not had a significant renovation in over 40 years.

According to the initiatives document, the projected cost for a full renovation of the Art Building would be nearly $14 million, and Southeast has requested nearly $11.8 million from the state.

Since 2010, Southeast has received $18.7 million in state appropriated capital improvement funds, and $6.6 million of those funds have either been restricted or vetoed.

Cheney Hall opened its doors in 1939 and is the oldest residence hall on campus. Because of structural issues, it closed down in 2015, but areas that had been repaired were partially reopened for one semester in 2017 as temporary housing. The building was again closed indefinitely following that semester.

The master plan listed Cheney as having a “Rating 1,” indicating it would require a full renovation to be placed back in service.

In a December 2018 interview with the Southeast Missourian, Rowbottom said Cheney has historical significance but from a physical standpoint, it should be demolished. The master plan does lay out a renovation option for Cheney in the short-term one-to-three year priorities. The full renovation is projected to over $7.5 million.

Henderson Hall and Dearmont Complex are two more recently closed down buildings that received the “Rating 1.” Although both received poor condition ratings, they were shut down due to decreased enrollment and a reduced need for housing, rather than incomplete repairs.

Henderson was acquired by Southeast in November of 2007. After extensive renovations, the new residence hall was opened in the fall of 2008. Henderson was originally purchased to accommodate continued enrollment growth and has since been shut down due to several years of declining enrollment.

Vice President for Enrollment Management and Student Success Debbie Below said closing down Dearmont was a somewhat easy decision.

“We were able to quickly see the cost of powering the facility down to a point where it was very minimal,” Below said. “We were able to realize an immediate savings in doing so.”

When Dearmont officially shut its doors in February 2019, KFVS reported the university expected to save $180,000 in reduced utilities, maintenance and other costs.

“I think Dearmont has probably seen its life,” Below said.

The master plan recommends demolishing Dearmont and Henderson in its long-term priorities, which would occur in years six through ten of the plan. The comprehensive demolition costs for the two would be nearly $4 million. According to the plan, one option listed after demolition for the properties on which the buildings sit is to become parking lots. Another option for Henderson is to build a parking structure in its place with a connecting bridge to the University Center.

Of the 97 buildings located on Southeast’s main campus, seven received a “Rating 5.” Six of those buildings have either gone through a major renovation or were built since 2013, including Academic Hall, Magill Hall and Grauel Building.

Two of the recommendations outlined in the master plan have already been completed- the construction of International Village and the indoor hitting facility at Capaha Field.

The renovations for Cheney and the Art Building are the third and fourth listed recommendations, respectively, in the one-to-three year priorities, and have a combined renovation cost over $15 million.

Demolishing Henderson and Dearmont are the 13 and 14 listed recommendations out of 22 total in the six-to-ten year priorities. The total projected cost after demolition and the properties turned into parking or green space would be near $4.75 million, and the projected cost if the buildings were turned into multi-level parking structures plus residential use would total over $60 million.