Budget cuts lead faculty, staff, administration to take on more than they signed up for 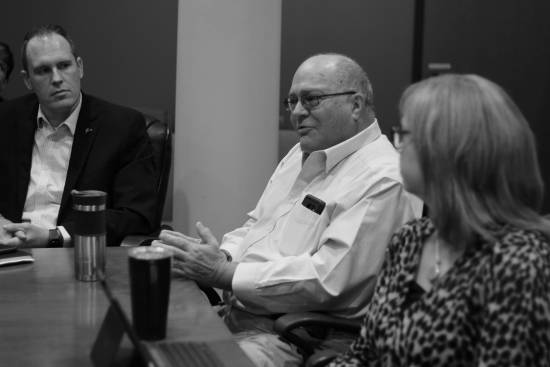 Southeast’s budget cuts have affected the faculty, staff and administration of the university by restructuring where classes are held, forcing heavier workloads on professors and merging departments to help eliminate costs.

Faculty and staff have been directly affected by restructuring that has caused departments and classes to move to other parts of campus, adding stress to their careers.

Hamner HiIl, Dean of the College of Health and Human Services explained, although the budget deficit is leading to restructuring issues for both faculty and staff, departments still had the opportunity to express their thoughts on proposals to merge with other departments.

“There was a series of steps in the merger process and restructuring process and departments each got a chance to respond; it originally came from the provost, a different provost,” Hill said of former provost Karl Kunkel. “There was a long deliberative process with lots of feedback at different places.”

Hill said prior to restructuring, affected departments reviewed proposals by the provost and were able to share their responses and concerns. Next, the colleges could respond along with departmental reports, the dean could draft responses to those reports, and ultimately, the proposal was either accepted, changed or not adopted.

He pointed out how unexpected facilities issues — such as the Art Building flooding from a pipe burst that shut down the building for 2019-2020 academic year— can contribute to academic restructuring.

When the Art Building shut down, for instance, the scheduling of classes became more difficult and allowed for only a limited number of classrooms to be available for departments that had to move, Hill said.

After a messy flood occurred in the Art Building, professors were forced to move to Pacific and Carnahan halls where classes were also split into various buildings across campus, according to a report by the Arrow in August.

Already- displaced nursing students had been using the Art Building due to renovations in Crisp Hall, however, those renovations were complete at the time of the flood, eliminating the need for further restructuring. Carnahan Hall became overcrowded due to faculty moving in from the Art Building.

Southeast professor of history David Cameron, who had an office in Carnahan Hall, received an email mid-summer informing him about the move to Pacific Hall due to overcrowding at Carnahan Hall. He said he believes the changes are permanent.

“I was told that the move to Pacific was ‘indefinite,’” Cameron said. “I would bet that we would be here for several years.”

Director of Facilities Management Angela Meyer said in this situation, Southeast has been doing its best to work with the state of Missouri to receive money for renovations. For the last nine years, the Art Building has been listed as the No. 1 building to receive funding but has not.

“We don’t have state funding or the institutional funding to do any of the renovations necessary, so it will very likely sit for a period of time,” Meyer said of the Art building.

Hill said administrative assistants have also seen an increase in their workloads. He explained, to save money during the budget reduction, they take two departments and “chop one of them off to create two smaller departments.”

When this alternative occurs, the department chair and administrative assistant for the cut department will likely lose their jobs as a result because that department no longer exists, he said.

According to the Southeast Faculty Handbook, the normal teaching load for a full time professor is four courses, equivalent to 12 credit hours. Hill continued to say department chairs get a “two-course release” every semester, meaning they only have to teach two courses per semester. If two departments are combined, one department chair is eliminated.

Because department chairs get a two-course release every semester, eliminating two department chairs will create one free faculty member to teach four courses. As a result, “there's a lot we just created without spending any new money,” according to Hill.

“The administrative assistant in history and anthropology, she used to deal with 13 or 14 faculty members, and now she’s dealing with 26, and that’s a big increase in work for somebody,” Hill said.

Vice President for Finance and Administration Kathy Mangels agreed faculty and staff members could be feeling stress because of positions getting cut.

“During a period like this when you reduce 67 staff positions across the institution in three years, that’s a big reduction,” Mangels said. “So there are a lot of offices out there in every division that I think that is where they’re feeling that stress, not with each other but just on the situation that’s resulted from it.”

Mangels shared any organization’s largest expenses are the people in the classroom and those delivering education to students.

“It's just a situation that you know you are doing your job responsibilities, perhaps with less people in the department,” Mangels said.

Although there has been a lot of stress contributing to the faculty and staff workload, Vice President for Enrollment Management and Student Success Deborah Below said restructuring has brought everyone together to help students adapt better.

Below said she is taking more creative initiatives to recruit students to help enrollment increase and bring in more money for the school.

There has been much support from student and faculty members to step in and help encourage students to attend Southeast including traveling and hands-on activities according to Mangels. She said there were more than 50 faculty and staff, not part of admissions who traveled to St.Louis to help with recruiting events in September. With four more events scheduled in the future for the Southeast Missouri region, Mangels said she believes there will be similar support.

“What I’m actually experiencing is something that’s incredibly positive, which is lots of creativity and collaboration across the university to showcase the wonderful things that we have to offer and to bring that out into communities and encourage students and their family members to consider this university,” Mangels said.