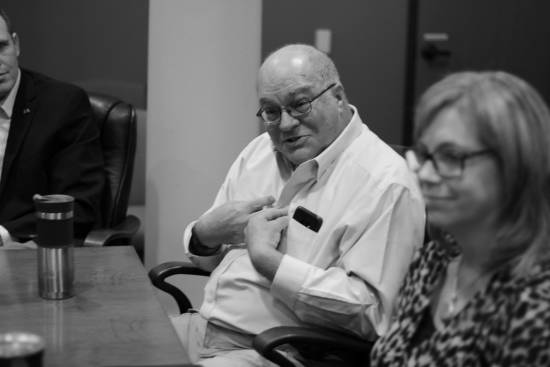 Southeast began its second round for the Voluntary Retirement Incentive Program (VRIP) on Jan. 21, and the application window closed March 7.

Vice President for Finance and Administration Kathy Mangels said the VRIP was a strategy designed to help address the budget. A plan was originally implemented in 2017, and this is the second round of the VRIP.

According to an April Arrow article, the program allows for faculty and staff who were eligible for normal retirement Jan. 1 to apply for the VRIP, said Alissa Vandeven, director of Human Resources.

A total of 51 employees participated in the second round of the VRIP, 26 faculty and 25 staff they have signed waivers and are retiring.

Mangels said those retirements — which began in May — are occurring now and will last through next December.

According to Mangels, the university have faced challenges when it comes to filling some of the faculty and staff positions once they retire. But there are a lot of savings especially within Academic Affairs, Mangels said.

“You have a full professor who’s retiring and you are going to start somebody in maybe an assistant or associate professor [position], so initially that’s a lower salary,” Mangels said. “But you have a lot of knowledge that’s with that full professor, so it can be a challenge in terms of the knowledge lost.”

However, Mangels said this is also an opportunity to bring in new talent in new areas of emphasis. Even so, the university still face struggles with the timing between when current faculty and staff retire and finding replacements to fill classes, which can occur in the mid-academic year, she said.

“Because some of these are very specialized areas that they teach, there may not be another faculty who may teach in that discipline and it can provide some challenges,” Mangels said.

There has been a hiring delay in place for a while when it comes to the staff at Southeast.

“There’s been that same challenge for a period that you’re going to have that position vacant until you fill it; with the VRIP, it gives plenty of notice,” Mangels said.

Within the current VRIP, there is a process in which applicants have to apply and get approved. There are currently people who were approved in March and their retirement date can extend through next December, according to Mangels.

“So that’s literally over a year in a half notice of when that person is retiring. So at least it does give some planning time for those departments who have someone who took advantage of the program,” Mangels said.

Mangels said there has been no discussion of offering another round of the VRIP.

“This was to help assist us getting through the FY19 and FY20 budget. We are in a better position [in] that state appropriation, at least for the last two years, has stabilized so we hope that will continue,” Mangels said.