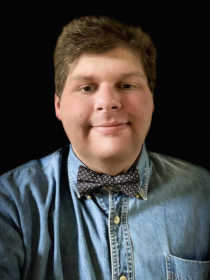 *Editor’s Note: The views of this column are not a reflection of the Arrow.

As many of you probably experienced, the Thanksgiving dinner conversation quickly turns to politics.

My grandfather tends to place the blame for any and all injustices at the feet of antisemitism even attempting to pin a black man being denied a house in Creve Coeur as antisemitic, a common occurrence among the elder Jewish population to blame everything they do not like nor comprehend on antisemitism while ignoring what may actually be antisemitism with the case of Josh Hawley.

Now, antisemitism is a rising issue, and for more information on it check out the twitter account @JewishWorker after following @SEMOCollegeDems. Antisemitism is directly linked with white nationalism.

Now, nationalism is not inherently antisemitic with many chief propagators of it being Jewish such as Stephen Miller and Ben Shapiro. Yet once it takes hold, its crosshairs usually turn to the Jews. They stop measuring people by birthplace and the color of your skin and start measuring nose size.

Currently this nationalism has attempted to obfuscate any antisemitic allegations by focusing their fire onto Representative Ilhan Omar. Calling her antisemetic is treasonous against basic logic which is ironic as the same right wing that attacks her is vivaciously scouring Youtube for their next hit of pleasure in the form of “Ben Shapiro destroys college student shakily asking a questions with FaCts AnD LoGiC” videos seem to be ignorant of facts that can’t fit into a Fox News headline or a fundraising email.

Perhaps the most famous instance of hers was attempting to explain AIPAC aka her “all about the Benjamins” tweet. AIPAC, which stands for the American Israel Public Affairs Committee, is an organization dedicated to supporting human rights abuses as long as the perpetrators of the abuses and soldiers gunning down women, children and nurses love the white and blue.

They have been caught on tape bragging about their influence over politics and took steps to prevent a documentary highlighting their influence from being aired. Albeit they thankfully failed but delayed it enough that it aired during the height of the midterm elections, all but ensuring that it would be drowned out.

Now, as many have pointed out, since AIPAC is a “nonprofit,” they can’t legally give money to candidates, so instead they vastly encourage others to and hire lobbyists to do their dirty work through different means.

AIPAC even has a special club for its members and supporters. One membership requirement is to donate $5,000 to candidates every single election cycle without fault. Encouraging people to force their representatives to vote how they wish with an AIPAC official having been taped saying, “We want the Jewish community to go face to face in this small environment and say, ‘This is what’s important to us. We want to make sure that if we give you money, that you’re going to enforce the Iran deal.’ That way, when they need something from him or her, like the Iran deal, they can quickly mobilize and say ‘Look, we’ll give you $30,000.’ They actually impact.”

This literally shows they encourage supporters to funnel money to candidates as long as their members relay to the government official that the money is dependent on enforcing AIPAC’s views.

Her most recent foray was when she commented on the fact that Leon Cooperman is supporting Michael Bloomberg for president. Her statement on class consciousness among billionaires was vastly misinterpreted as anti semetic since Cooperman is apparently Jewish, which I suspect many people had to Google.

Now I’ve been to a fair share of bar mitzvahs , bat mitzvahs and , b’nai mitzvot and every other jewish event in the book. Never in 19 years have I met a Jew named Cooperman. So when the same party that slams her for not being a natural citizen expects to her know every single Jewish last name, even those which seem rather gentle, is an outlandish claim.

What more do you expect when all her detractors seem to be pining for the next out of context statement that makes for a good fundraising email or can be stuck onto a 30 second Twitter video?