The Falseness of Objectivity 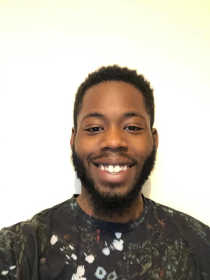 We know only what we know. This, however, does not make what we do not know any less real.

Put differently, we know what we learn (external information coming in) and what we naturally intuit about (internal understanding going out).

We are reminded; therefore, just like time, our minds must be open to the willingness of change. If we remain stagnant in our thoughts, then we become negligent to our own understanding as time reveals more truths about what we once thought we knew.

In short, we work with the information and intuition we have within a particular space and time in society.

Space and time are particularly important factors of considerations within any form of communication. This is because communication does not occur in a vacuum.

This is to say that we do not communicate with ourselves (metaphysical thoughts) nor others (outward expression of thoughts/information) devoid of the culture which imparts on our being. Coming forth from this information, I rhetorically consider: what then, does it mean to speak objectively?

Objectification is commonly understood as an action that degrades someone from a spiritual being into an object. Objectivity is a concept that can be understood similarly, as a way of thinking and conduct which uses knowledge as a means of power or control.

Why must objective thought be used as a means of power or control? This is because as human beings, we are all sapient and sentient. Sapience is the ability to think, to reason; it is one’s capacity for intelligence. Sentience is one’s ability to perceive, to feel or sense — to be emotive!

When someone must speak outside of their self, their subjective point of view, what is truly being asked of that person is to speak from the perception of the culture which they live in (objectively, as in your body), rather than the culture of which said individual personally subjects themselves.

This is the point in which speaking objectively becomes a form of power or control. How is one supposed to experience phenomena independent of their subject? The only sufficient answer is that of taking the most generalized form of accepted culture (if that culture is indeed contrasting with your own) as the foundation of your thinking.

A general searchable definition of culture defines the concept as “an umbrella term which encompasses the social behavior and norms found in human societies, as well as the knowledge, beliefs, arts, laws, customs, capabilities and habits of the individuals in these groups.”

More succinctly put, Professor Emeritus of Africana Studies and Black Psychology at San Francisco State University and founding member of the Association of Black Psychologists Dr. Wade Nobles defines culture as a "general design for living and patterns for interpreting reality.” Stemming from the natural organizing structure and effects that culture perpetually plays within the human experience, objective thinking is an impossibility.

To the extent someone must think from the generalized form of culture in the current modern state system, which has its roots (arts, laws, customs, habits, beliefs) in western society, one must come face-to-face with what continually plays a central role; racism (scientific) and white supremacy (cultural dominance).

The “falseness of objectivity” is important to contemplate as we move forward into the 2020 primary and general elections as well as further into the continuing impeachment process of President Donald Trump.

I conclude seeing the implications of objective ideological/moral thinking as having various effects on theses times and discussions: (a) Limiting conversations that are dense and profound into borders that cannot hold nor consider all of its significant and relevant parts; (b) dehumanizing important members engaging in dialogues because of their unique point of view and lived experience in America; and lastly, (c) blocking and concealing the genuine goal of understanding, which flows from the lack of inclusion of someone's culture; which an objective conversation does not openly invite nor welcome.