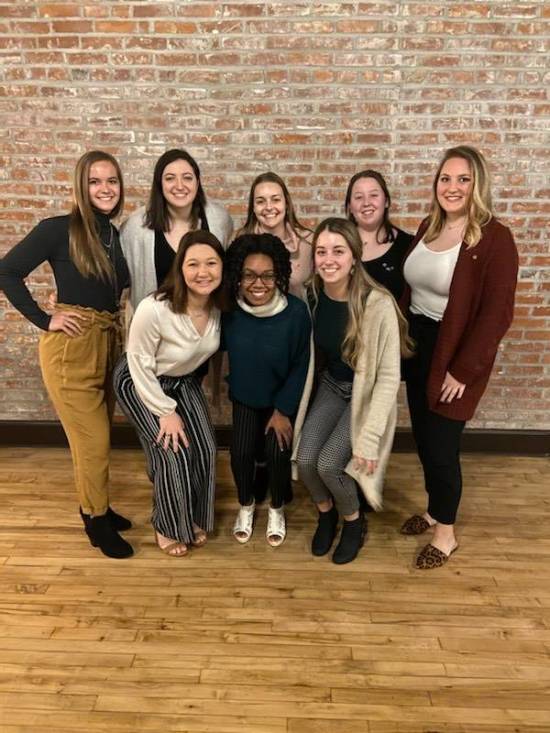 At the end of last semester, new officers were elected to represent Southeast's Greek students for the Interfraternity Council (IFC) and the National Panhellenic Council (NPC).

The National Pan-Hellenic Council (NPHC) elected new officers last April, according to associate vice president for Student Life and director of Greek Life Bruce Skinner. The NPHC president is Zeta Phi Beta member, Lopacious Simms, and the organization's next elections will be in April.

Skinner oversees the three governing councils which coordinate the activities for fraternities and sororities.

“We make sure they meet some minimum criteria, like grades and enrollment, but in the end, students choose who lead them in these councils, which to me is critically important,” Skinner said.

After accepting a bid from Alpha Xi Delta, Sottos used her experience as vice president of administrative affairs for NPC to move forward as president.

Sottos hopes to make an impact on those in Greek Life but also on those who are not.

“Many times, people have a negative connotation about Greek Life, and I want to try to help those people to see all the great things Greek Life truly does for our community,” Sottos said.

These new officers represent 17 chapters and more than 1,400 Greek students on campus.

Sottos plans to help the Greek Life community have a safe environment for all students and create a community-mindset of respect and service.

“So many infractions that chapters file against each other come from petty misunderstandings, from social media rules and little things that get escalated because they’re not clear,” Kaplan said.

Kaplan hopes to eliminate the confusion during her time on the board.

Kade Fleming, a cybersecurity major, served on the board last year as vice president of public relations for IFC before being elected as president.

“I was able to go throughout the year [term] and I really enjoyed it,” Fleming said. “I wanted to take it a step further.”

Fleming wants to build the relationships between the IFC, NPC and NPHC through collective events.

“Whether it be student safety or joint programming, no matter how great I think they are, if the students don't see value in them, it goes nowhere,” Skinner said.

According to Skinner, a position on the council requires leadership skills, time commitment and the ability to work without a lot of structure.

“I hope to leave an impact on Southeast because Greeks get a bad [reputation] anywhere you go, and I really want to showcase the good things that happen in Greek Life,” Fleming said.