The Legend that is Kobe Bryant 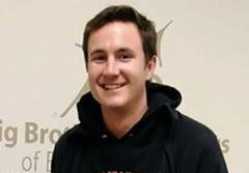 On the night of April 13, 2016, the Golden State Warriors were one win away from history.

With a 125-104 win over the Memphis Grizzlies that night, the Warriors surpassed the record-setting season of the Michael Jordan-led 1995 Chicago Bulls team and went down in NBA history as the winningest regular season of all time. Almost any other night, that would have been the main event in sports.

The Warriors took a backseat that night, as the majority of fans across the world watching television were watching the Los Angeles Lakers play the Utah Jazz. That game, which had no deciding outcome on the playoffs, cost more than double to sit courtside as the Warriors- Grizzlies game.

Because 300 miles away, for the last time in his 1,346 game career, Kobe Bryant was playing basketball.

History was on one channel, Kobe was on another — and more people were turned in to Kobe, just to watch him play one final time. Because Kobe Bryant has always been bigger than history.

One last time, a generation of kids born into sports fandom, who never really saw Michael Jordan, and would only simply inherit Lebron James years after becoming a fan, got to watch their guy score 60 points in his farewell to basketball.

Nearly four years later, Bryant’s death, alongside his daughter Gianna and seven others, rocked not only sports, but the world. Because the concept of death feels so inconceivable, and Kobe, because of the way he commanded himself at times on the court, felt seemingly invincible to us all.

In a poem Bryant wrote to The Players Tribune that would later go onto win him an Academy Award as an animated short, Bryant ominously wrote of playing his last games, “I never saw the light at the end of the tunnel, I only saw myself running out of one.”

For the next 20 seasons, not only did he captivate the league with his overwhelming tenacity and drive on the court, but would inspire an entire generation to feel like he did.

So when crumbling up a piece of paper and shooting it into the trashcan from across the room, it only made sense to call out his name.

Leaving behind a wife, and three children, the man Kobe Bryant died January 26.

The name, however, shall live on forever.