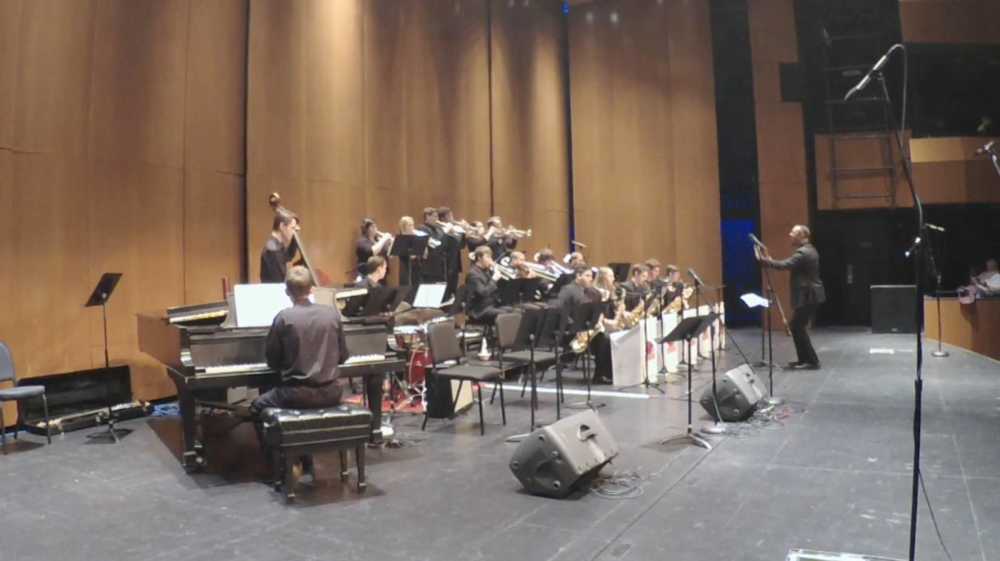 The 22nd annual Clark Terry/Phi Mu Alpha Jazz Festival is returning to River Campus for a two-day event on Feb. 7 and 8.

The festival welcomes student ensembles who perform for clinicians and judges with the goal to leave with a greater appreciation and knowledge for jazz music.

Unlike many, this festival is not a competition but educational in nature with the goal to celebrate jazz music and performance.

Professor of Trombone and Director of Jazz Studies at Southeast Joseph Jefferson is going into his third year as festival director, and he continues to put his stamp on the festival while still keeping its core values the same.

“I've been staying true to the fact that, of course, Phi Mu Alpha started this Jazz Festival and as a brother of Phi Mu Alpha myself, it is extremely important to keep them involved,” Jefferson said. “But in terms of just the administrative side of things, the quality of the guest artists.”

Jefferson also said he works to improve the quality of artists each year. He hopes to bring in big-name guest artists, some who have heard of Southeast and some who haven’t, allowing high school students to learn about new artists, as well as the music program at Southeast.

“My goal with this festival is to continue to reach out and continue to support our surrounding schools in the region, but additionally expand our reach, so that we can get students that are in some of the neighboring states so that we can kind of advertise the good stuff that we have going on here,” Jefferson said.

Jefferson said this gives high school students, who might not have the financial means or time to visit the campus the opportunity to learn about the music program at Southeast.

“It's a good opportunity where we're not really expanding our own resources, they’re coming to us, which is a fantastic opportunity, and they can see our spaces, our performance hall and meet our faculty,” Jefferson said.

As the festival has continued to grow, it has come to be known as the premier student jazz event for the region. This year, 29 high schools are participating in the event, with the furthest ensemble traveling four hours to attend.

“I'm a person that wants to continue to advance not only Jazz at Southeast but advanced music in general, and I think that's extremely important,” Jefferson said.

However, Jefferson said high school students are not the only ones who leave with positive experiences from this festival.

He said those who benefit the most are the music education students who are working toward becoming directors themselves.

“Some of our students who have graduated are now bringing their bands and now we see how that works full circle,” Jefferson said. “I tell them to take advantage of this opportunity to look at all the aspects and don't look at it as just you're just working to service this or to keep this festival going, but also look at what you're gaining from your understanding.”

The Jazz Ensemble students along with members of Phi Mu Alpha assist Jefferson when it comes to the day of the festival. They provide help to students, directors and judges.

“It is a very busy time and I'm really thankful for the students that put in the hours to do this in addition to their class time,” Jefferson said. “In addition to doing that, they're still here and they still have to put on that concert in the evening. So by the end of the two days, we’re absolutely exhausted, and you've heard jazz all for two days –– which is a great thing.”

Jefferson said he is thankful for the support the community has given the arts, and he hopes it continues with all Southeast events.

Along with helping throughout the day, Southeast students will perform in the Evening Gala Concert with guest artist Craig Fraedrich on Feb. 7 at 7:30 p.m. in Bedell Performance Hall.