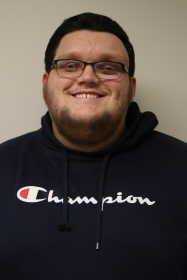 I will never forget the fire in Tesia Thompson’s eyes when she told me, “I just want a championship.”

Of course, most athletes will tell you they want to win or want a championship, but when Tesia said it, it was the furthest thing from cliché as you could find. It was like she had an unquenchable thirst that couldn’t be satisfied without it.

And this year’s team might be the one to do it. After two years of finishing with below .500 records and losing in the first round of the Ohio Valley Conference Tournament, this team currently sits at 18-5. Two of those losses Thompson didn’t play in. They are tied for second place in the OVC standings and are just a game out of first place.

“There’s this fire to win this year,” Thompson said. “We can win conference this year; we believe it and I believe it. The only thing that can stand in the way is us.”

While Thompson is still the leading scorer on the team, her scoring average has dipped from 18.2 to 17.7. But her assists have improved from 2.2 to 3.0 per game and her turnovers have decreased from 3.1 per game last season to 2.1 per game this season. She is also the Redhawks leading rebounder averaging 7.9 per game.

“I have people on my team that I know can score,” Thompson said. “It takes a lot off of me, so I’m focused on getting everything else up.”

This isn’t new for Thompson. Southeast coach Rekha Patterson said she has been unselfish since she came into the program.

“She wants to win more than she wants the accolades,” Patterson said, “and that’s the way she’s always been, and I think that’s one of the primary reasons we’re having success now.”

So how did Thompson end up at Southeast in the first place? She was a top-100 recruit and Patterson even admitted she didn’t think they had a chance of getting her to come to Southeast.

Thompson felt the love almost immediately when she visited Southeast, and it set the Redhawks apart.

“I was wanted here,” Thompson said. “When I came on my visit, they made me feel like it was home and that I was loved already and I had just got here for a visit. Them pouring into me early is what drew me here.”

The close proximity of Cape Girardeau to her hometown of Memphis did not hurt either.

Things seem to have worked out alright so far. Despite her scoring average falling a little this season, Thompson is still one of the most prolific scorers ever to don a Southeast uniform.

After Southeast’s game against Tennessee Tech University on Feb. 8, Thompson sits at 1,280 career points which puts her 10th on Southeast’s career scoring list. If she keeps up her current scoring pace, she will be in the top-five by season’s end. And she still has her senior season left to play.

Thompson is not just a one-trick pony, however.

“Athletes who are on the dean’s list and academic honor roll get recognized at a game during the season,” Patterson said. “I remember her first year she told me, “I want to do that.” And for the fall semester, she’s on the dean’s list. That’s another part about her that I love that most people won’t ever know about her.”

A college education is not something Thompson takes lightly.

“I come from a family where not a lot went to college,” Thompson said. “And I wanted to break that cycle.”

It isn’t just about breaking the cycle for Thompson, though.

“Knowledge is important, education is important,” Thompson said. “Even if you don’t use your degree, it is still good to have the experience of continuous learning.”

When I asked Thompson what she wanted out of her career at Southeast, she told me she wants to leave her mark and she also wants people to remember her. Well, I’d say at this point she has already done that and has time to accomplish much more.

As for what comes after Southeast, the first thing on the list is to become a professional basketball player.

“I had it set in my mind; OK this is what I want to do;” Thompson said. “And whatever it takes, I’m going to try and get there.”

If her basketball career doesn’t work out, maybe she will sell a million records and become the next R&B star or write the biggest hit songs for the biggest artists.

“Whether it’s writing songs for someone else, or singing myself, I definitely want to try it,” Thompson said.

Patterson said it best: “There’s nothing that she can’t do.”

I truly believe Tesia Thompson will accomplish whatever she sets out to accomplish. She said herself, “I set goals for myself, and I don’t just set them, I strive to achieve them.”

So maybe some people would say Thompson’s goals are unrealistic or too far-fetched, but I’ll tell you this much: I will never bet against Tesia Thompson. And you shouldn’t either.